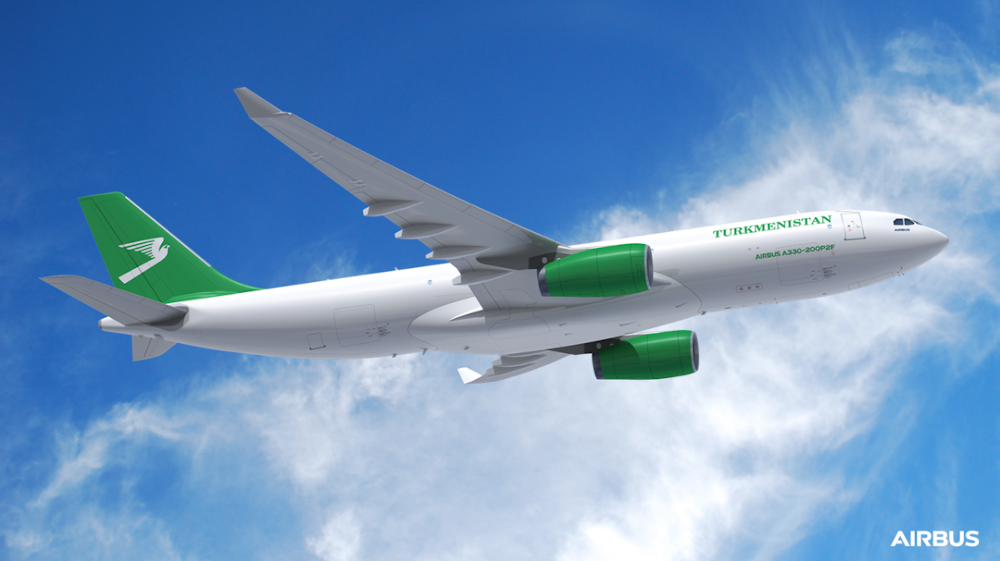 Turkmenistan Airlines has placed an order for two A330-200 Passenger-to-Freighter (P2F) converted aircraft, becoming a new Airbus customer. The order marks the first time an Airbus aircraft is sold in Turkmenistan.

The A330-200P2F will enable the airline to further develop and boost its international cargo route network. The deliveries of the aircraft are planned in 2022, making Turkmenistan Airlines the first operator of this type in Central Asia. The A330P2F programme has two variants – the A330-200P2F and A330-300P2F. The A330-200P2F is an optimal solution for higher-density freight and longer-range performance. The aircraft can carry up to 61 tons of weight to over 7700 km, offering more cargo volume and lower cost-per-ton than other available freighter aircraft types with a similar range. In addition, the aircraft incorporates advanced technology, including fly-by-wire controls, offering to airlines additional operational and economic benefits.

The A330 passenger to freighter conversion programme was launched in 2012 resulting in the in time re-delivery of the A330P2F prototype end of 2017. The A330P2F programme is a collaboration between ST Engineering Aerospace, Airbus and their joint venture Elbe Flugzeugwerke GmbH (EFW). ST Engineering had the programme and technical lead for the engineering development phase, while EFW is the holder and owner for all Supplemental Type Certificates (STCs) for the current Airbus conversion programs including for A330P2F and leads the industrialization phase and marketing for these programmes. Airbus contributes to the programme with the manufacturer data and certification support.