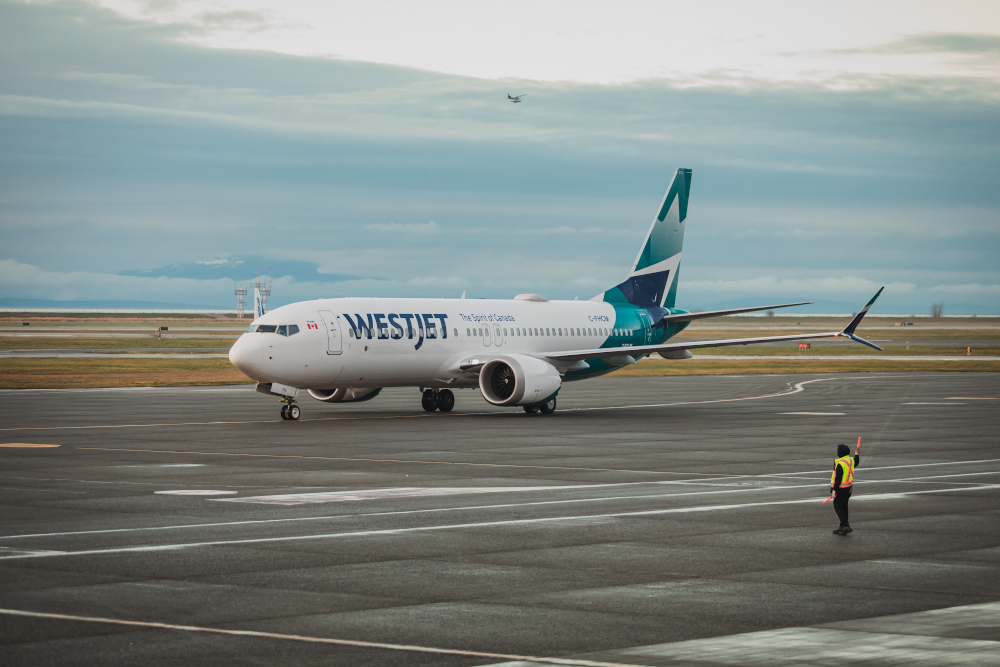 On January 21st, WestJet became the first Canadian Boeing 737 MAX operator to resume commercial MAX flights after the ungrounding and the 5th airline worldwide to do so. The first flight operated yesterday with a MAX was WS115 from Calgary to Vancouver, followed by WS122 from Vancouver to Calgary.

“The return of WestJet’s MAX aircraft to the fleet marks an operational milestone after 22 months of intense review,” said Ed Sims, WestJet President and CEO. “WestJet’s preparation, training processes, due diligence and safety above all philosophy drives our confidence in welcoming guests on board our MAX aircraft.”

TODAY, January 21st, WestJet returned its Boeing #737MAX aircraft to passenger service with the departure of WS115 from Calgary to Vancouver. The second 737 MAX flight, WS122, will depart from Vancouver to Calgary at noon PT. Video: WestJet.Photos: www.facebook.com/AeronewsGlobal/posts/3650226395053434https://aeronewsglobal.com/boeing-737-max-air-canada-resumes-revenue-flights-on-february-1st-westjet-on-january-21st/

Captain David Colquhoun, WestJet Master Executive Council Chair, Air Line Pilots Association (ALPA) said, “For nearly two years, ALPA has been working tirelessly with Transport Canada, international regulators, and airline management on reviewing the MAX and the revised pilot training requirements needed to safely return this aircraft to service. No one knows better than airline pilots what is needed to be adequately prepared and trained to manage the handling qualities of this renewed aircraft. Today, as we usher the safe return of the MAX in Canada, ALPA will continue to provide its expertise and voice of safety in future discussions.”

“I was proud to operate the MAX aircraft today on its first commercial flight since the Canadian skies reopened,” said Captain Scott Wilson, WestJet Vice President Operations. “I am confident with the changes made to the aircraft and our training procedures, our MAX is one of the safest aircraft in the skies.”