On January 31st, Lufthansa will operate its longest ever passenger flight 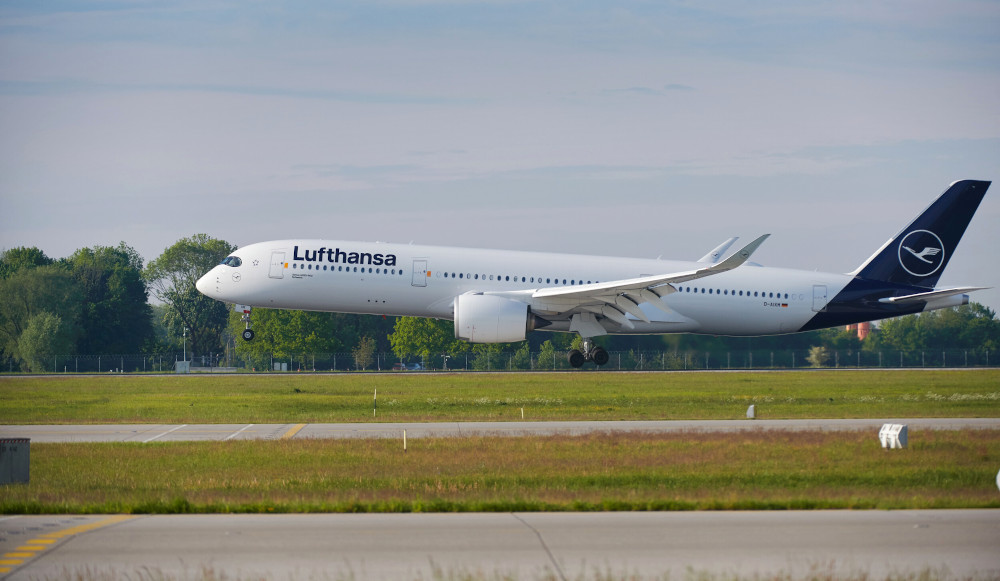 Lufthansa will soon depart on its longest passenger flight with polar explorers on-board. On behalf of the Alfred-Wegener-Institute, the flight will be operated on February 1st with an Airbus A350-900 from Hamburg to the Falkland Islands.

On behalf of the Alfred Wegener Institute, Helmholtz Centre for Polar and Marine Research (AWI) in Bremerhaven, the Lufthansa Group’s most sustainable aircraft, an Airbus A350-900, will be flying 13,700 km non-stop from Hamburg to Mount Pleasant in the Falkland Islands. The flight time is calculated at around 15:00 hours. There are 92 passengers booked for this charter flight LH2574, half of which are scientists and the other half, being the ship crew for the upcoming expedition with the Polarstern research vessel.

Preparations for the special flight began together with the Alfred Wegener Institute in the summer of 2020. The usual route via Cape Town was not feasible due to the infection situation in South Africa, leaving only the route via the Falkland Islands. After landing on the Falkland Islands, scientific staff and crew members will continue their journey to Antarctica on the research vessel Polarstern. The return flight LH2575, is scheduled to depart for Munich on 03 February and will be carrying the Polarstern crew, which had set out from Bremerhaven on December 20 to resupply the Neumayer Station III in Antarctica, and must now be relieved.

The preparations for this special flight are immense. They include additional training for the pilots via special electronic maps for flight and landing as well as managing the kerosene available at the Mount Pleasant military base for the return flight. The Airbus A350-900 is currently stationed in Munich, where it is being prepared for the flight. In Hamburg, the aircraft is loaded with additional cargo and baggage, which has been extensively disinfected and will remain sealed until departure.

Besides the catering, there are additional containers for the residual waste on-board, since this can only be disposed after the aircraft arrives back in Germany. The Lufthansa crew includes technicians and ground staff for on-site handling and maintenance who will quarantine after landing in the Falkland Islands due to government requirements.

SAVE THE DATE / The longest passenger flight in Lufthansa history will take place on February 1st. On behalf of the…