Commercial debut for Emirates’ Airbus A380 ‘UAE in Space’ livery 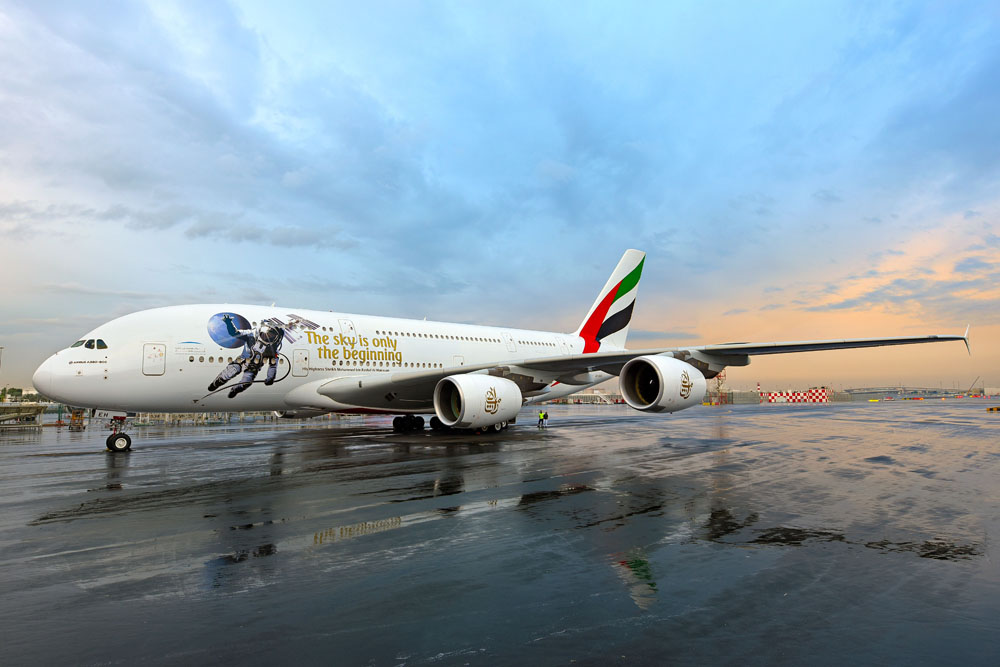 The Emirates A380 ‘UAE in Space’ mission livery (A6-EEH) made its official operational debut today, 22 November, as it took off to its first destination Melbourne as flight EK408. The aircraft will continue to fly across the Emirates A380 network of more than 50 destinations over the course of the next year.

Paying tribute to the UAE’s first space mission and celebrating the nation’s ambitions to become a hub for space exploration and research, Emirates’ flagship A380 is adorned with an image of an astronaut in front of Earth and the International Space Station (ISS), as well as a quote from His Highness Sheikh Mohammed bin Rashid Al Maktoum, Vice President of the UAE and Ruler of Dubai, which says: “The sky is only the beginning.”

THIS IS IT / The ‘UAE in Space’ liveried Emirates Airbus #A380 (A6-EEH), a tribute to the UAE’s historic achievements in aviation and aerospace, makes its operational debut as EK408 to Melbourne. 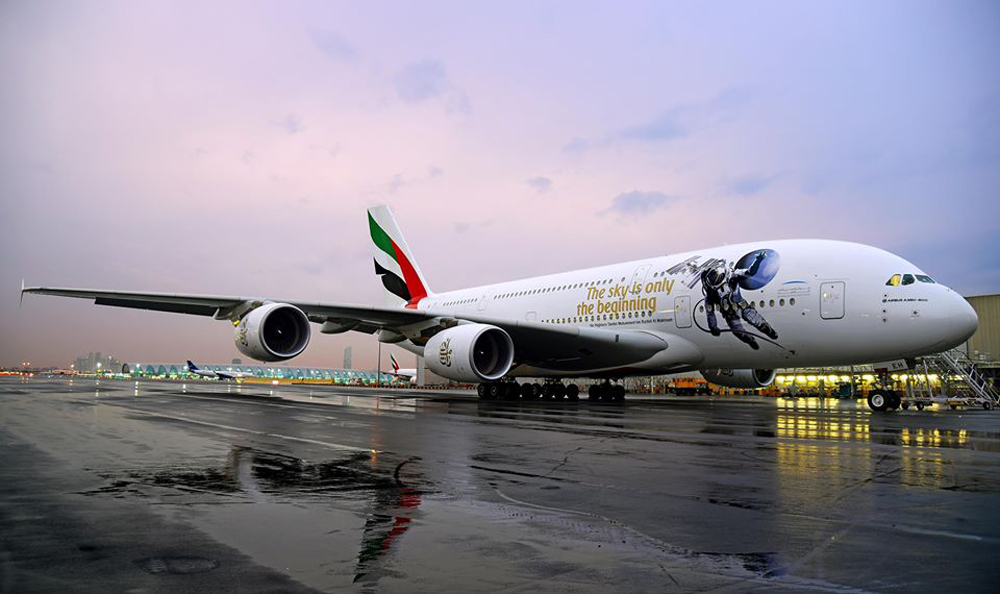 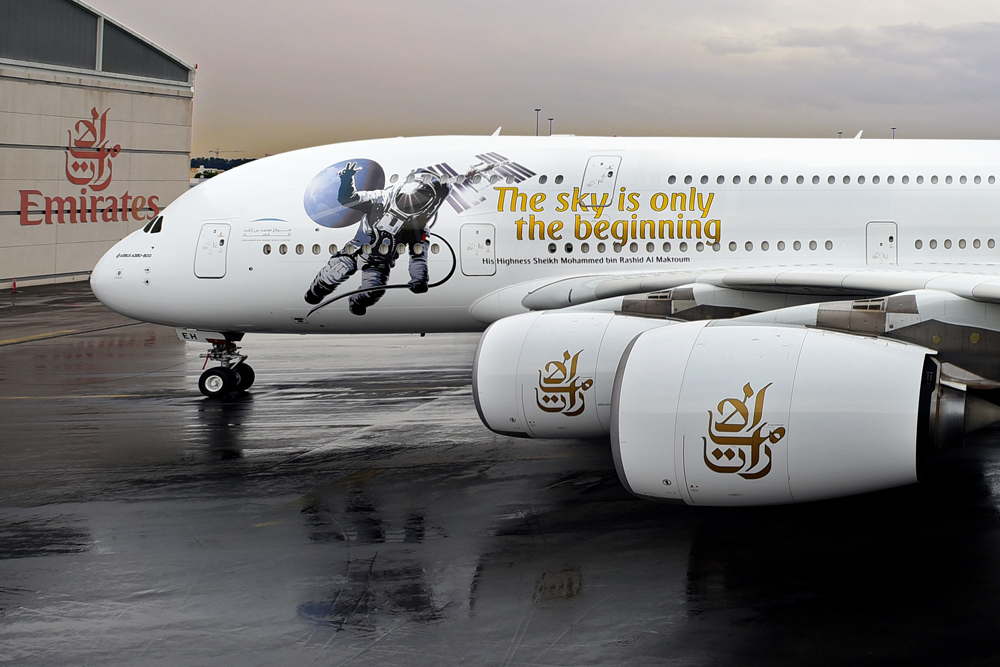