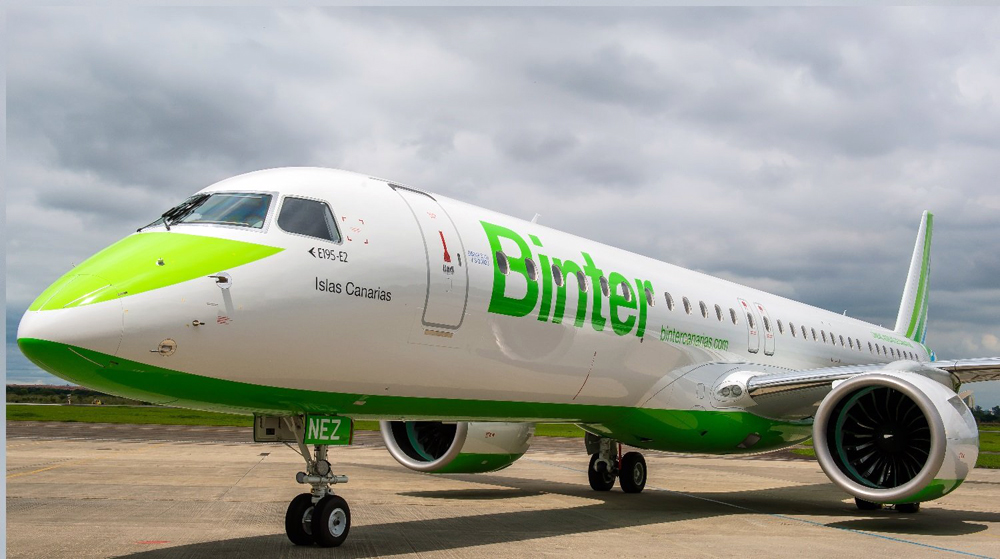 Binter of Spain celebrates the incorporation of the first E195-E2 jet into its fleet. The airline is the first European customer to receive the biggest of the three members of the E-Jets E2 family and holds firm orders for five E195-E2s.

The acquisition of the E195-E2s is part of Binter’s overall fleet modernization initiative. Each aircraft is configured with 132 seats in single class. The new aircraft will be deployed across a route network that includes eight cities in the Canary Islands, nine cities in Africa and two in Portugal. “We’re extremely proud to deliver the first E195-E2 in Europe to such an accomplished regional airline. Binter will showcase the very best of the airplane as it expands its network to more cities,” said John Slattery, President & CEO, Embraer Commercial Aviation.

“Today´s event is very special for all of us, who are part of Binter. This Embraer E195-E2 aircraft is an important step in the history of our company that will become as well a jet operator. This new milestone, which coincides with the celebration of the 30th anniversary of Binter, adds more advances to the ones that we have made in recent years, and that help to pursue our main objective: the improvement of the connecting of the Canary Islands, both inter-island and with external destinations,” said Binter’s President, Pedro Agustín del Castillo. Last year, Binter carried 3.6 million passengers. In April, the E195-E2 received its Type Certificate from three regulatory authorities: ANAC, the Brazilian Civil Aviation Agency (Agência Nacional de Aviação Civil); the FAA (U.S. Federal Aviation Administration) and EASA (European Aviation Safety Agency).

Flight tests confirmed that the aircraft is better than its original specification. Fuel consumption is 1.4% lower than expected – that’s 25.4% less fuel per seat compared to the current-generation E195. Maintenance costs are 20% lower. The E195-E2 is the most environmentally-friendly aircraft in its class, having the lowest levels of external noise and emissions. The cumulative margin to ICAO Stage IV noise limit ranges from 19 to 20 EPNdB, 4.0 EPNdB better than its direct competitor.

Like the E190-E2, the E195-E2 has the longest maintenance intervals in the single-aisle jet category with 10,000 flight hours for basic checks and no calendar limit for typical E-Jet operations. This means an additional 15 days of aircraft utilization over a period of ten years compared to current generation E-Jets. The E195-E2 features new ultra-high bypass ratio engines, a completely new wing, full fly-by-wire controls and new landing gear. Compared to the first-generation E195, 75% of aircraft systems are new. The E195-E2 has 3 additional seat rows. The cabin can be configured with 120 seats in two classes, or up to 146-seats in a single class layout. 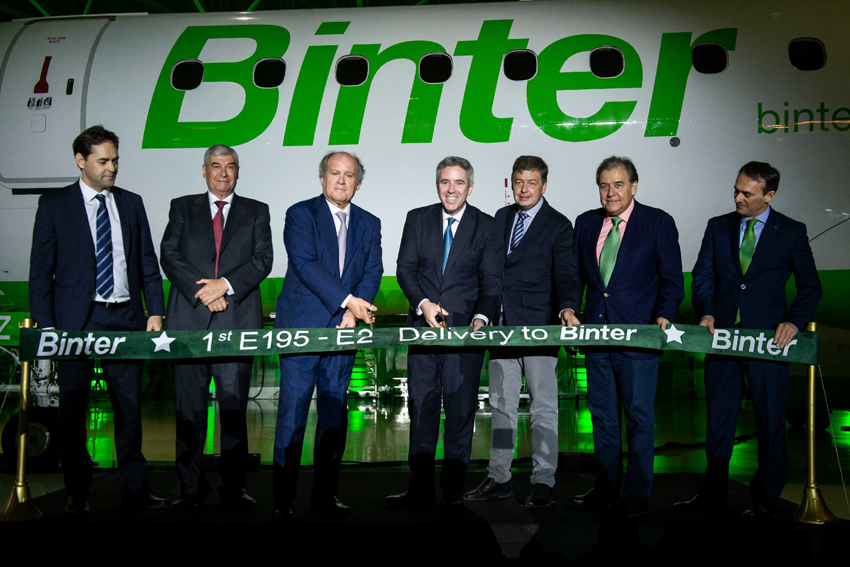