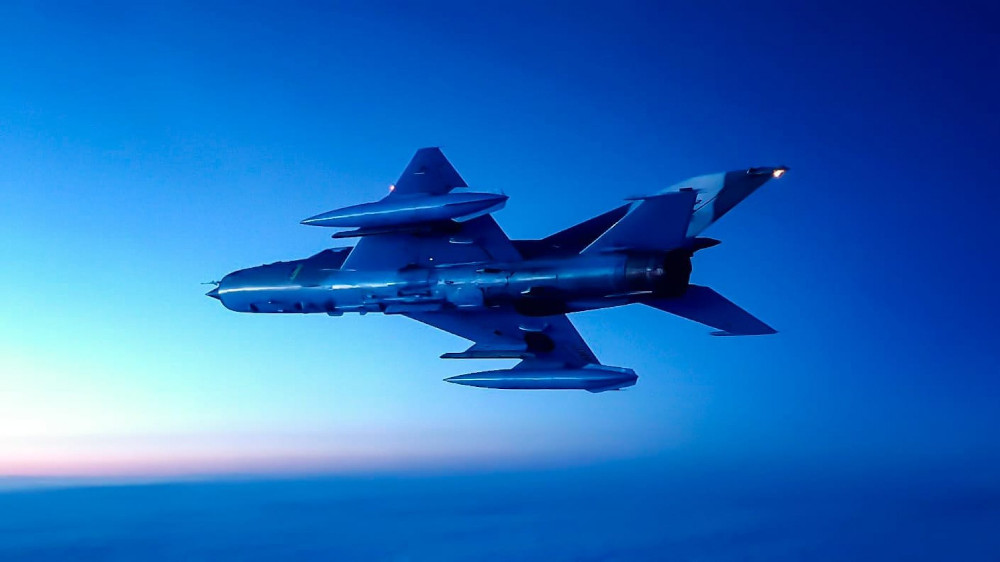 On the evening of March 2nd, a MiG-21 LanceR Romanian Air Force performing a patrol mission over Dobrogea region of Romania (over land) has crashed. The IAR 330 Puma helicopter sent to locate it, with 7 people on-board, has also crashed. Bad weather reported in the area at the time of both crashes.

The MiG, belonging to 86th Air Base, took-off from Mihail Kogălniceanu 57th Air Base at 19:50 local time and disappeared from the radar at 20:03 in the area between Cogealac and Gura Dobrogei. The IAR 330 Puma helicopter, with 7 people on-board, took-off at 20:21 to locate the missing MiG and disappeared from radar at 20:44. The pilots reported bad weather conditions in the area and were instructed to return to base.

The search and rescue teams deployed on land to locate the MiG and IAR 330 found the helicopter’s wreckage at 11km from the airfield. All on-board were dead. Late in the night, the pilot of the MiG (31 years old) was also found and confirmed deceased. He had 570 flights hours, of which 420 were on the MiG-21 LanceR.

Following these crashes, all MiG-21s and IAR 330s Romanian Air Force have been grounded with immediate effect until the investigation finds the cause(s) of the crashes.

On March 2, at 20:03, a MiG-21 LanceR Romanian Air Force from the 86th Air Base, carrying out an air patrol mission over Dobrogea, disappeared from the radar. The aircraft had taken off from Mihail Kogălniceanu Air Base 57 at 19:50. The state of the pilot & aircraft unknown. pic.twitter.com/Gng2ZyN81V

Update / The MiG’s pilot (31 years old) has been found & confirmed dead. All MiG-21s and IAR 330 Puma helicopters Romanian Air Force have been grounded with immediate effect until the cause of both crashes is known. @TheAviationist @Osinttechnical @Aviation_Intel @AviationSafety pic.twitter.com/wfDu1jfMAu