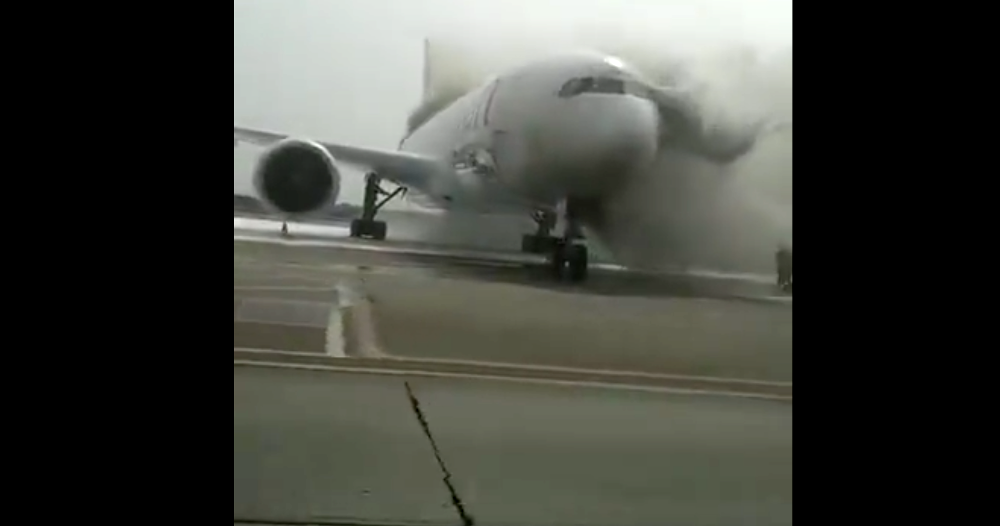 On July 22nd, a parked Ethiopian Airlines Boeing 777F (ET-ARH) caught on fire at Shanghai Pudong International Airport. The fire seems to have originated from the main cargo deck and has burned through the upper fuselage. No injuries were reported.

The airline’s statement: “Ethiopian Airlines B777 freighter aircraft with registration number ET-ARH caught fire while loading cargo at Pudong Shanghai airport today, July 22, 2020. The aircraft was on a regular scheduled cargo service from Shanghai to Sao Paulo-Santiago. All ground staff and flying crew are safe. Ethiopian has collaborated with all concerned authorities and contained the fire. The cause of the incident is under investigation by the appropriate authorities.”

Here is a video circulating on Chinese social media of the burning @flyethiopian 777F at Shanghai Pudong Airport. It's most definitely a hull loss at this point. #BreakingNews #AvGeek pic.twitter.com/FN98d6QNrJ

Another video of the burning Ethiopian 777F at Shanghai circulating on Chinese social media show the airport fire department on scene and the fire seems to be under control. #BreakingNews #AvGeek pic.twitter.com/OcP0pxNcd8

Yet another video of the burning Ethiopian 777F ET-ARH at Shanghai Pudong Int'l Airport. A fire truck drove pass right in front of the camera. The background voice is a commercial in the radio. #AvGeek pic.twitter.com/BQ7c4hImji