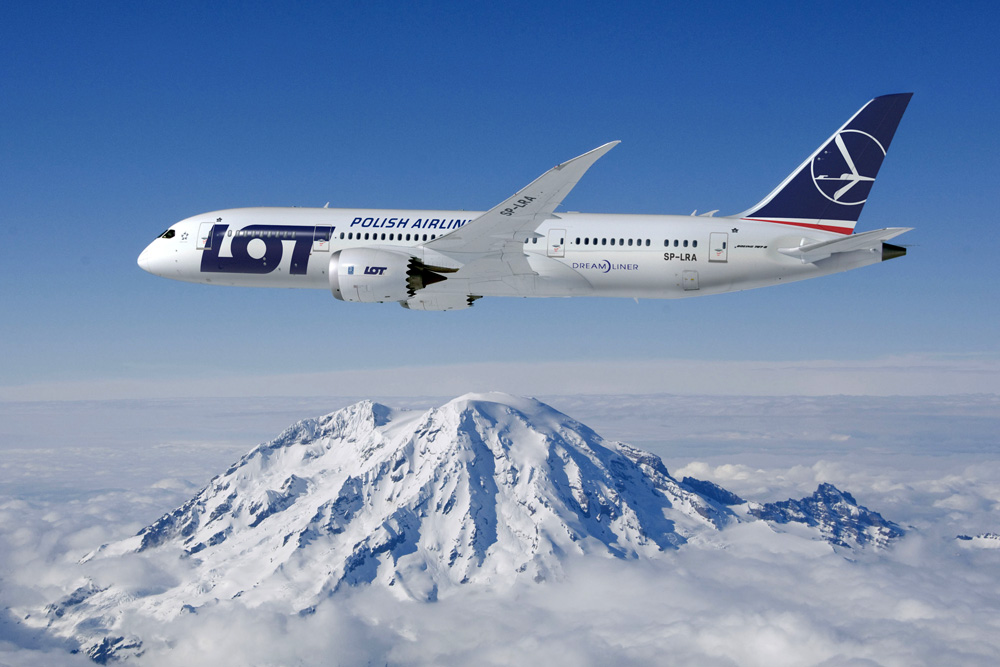 For the first time in its history, LOT Polish Airlines has achieved the goal of carrying 10 million passengers in one year. This is the best result in the 90-year history of the Polish carrier and more than a double increase compared to 2015 when LOT carried 4.3 million passengers. In 2018, LOT welcomed over 8.9 million passengers.

The 10 millionth passenger was Mrs. Adrianna, who took a flight from Warsaw to Amsterdam. “When we started implementing the profitable growth strategy, we announced a doubling of the scale of operations by 2020. I am pleased to announce that we have fulfilled this promise ahead of time. We have transported over 230% more people in the last 4 years and today 10 million passengers travel by LOT every year! We have achieved this success despite many challenges, which shows the effectiveness of management, huge employee involvement and the growing desire to travel with LOT among an increasing number of passengers. The new record in the jubilee year of the 90th anniversary of LOT is a symbolic moment for us. Thank you for trusting everyone who flies us – it is for them that we develop and open new connections. Our goal is to become the largest airline in Central and Eastern Europe, which is why I promise that we will see more news that will allow us to break records”, said Rafał Milczarski, LOT Polish Airlines CEO.

After the 90th birthday of LOT, we also have another round number celebration. ???? Today, we welcomed the 10 000 000th passenger on board in this year! #flyLOT #PolishAirlines #celebration

Over the past 4 years, LOT has launched more than 80 new connections, including 4 long-haul connections in 2019 to Miami, Delhi and Colombo from Warsaw and from Budapest to Seoul. Next year, LOT will launch 16 more routes, amongst them Krakow to New York, Warsaw to San Francisco and from Budapest to Stuttgart, Sofia, Belgrade, Brussels and Dubrovnik.

Last year, LOT carried over 8.9 million passengers, which is 2 million more than in 2017. Now, LOT has in its scheduled offer over 120 connections, including 19 long-haul connections and operates close connections with nearly 100 airports in the world. In November, the 15th 787 Dreamliner joined the fleet. By the end of 2020, the Dreamliner fleet will grow to 17 aircraft. via Rynek Lotniczy

After the 90th birthday of LOT, we also have another round number celebration 😉 Today, we welcomed the 10 000 000th passenger on board in this year! It turned out to be Mrs. Adrianna who took a flight from Warsaw to Amsterdam.