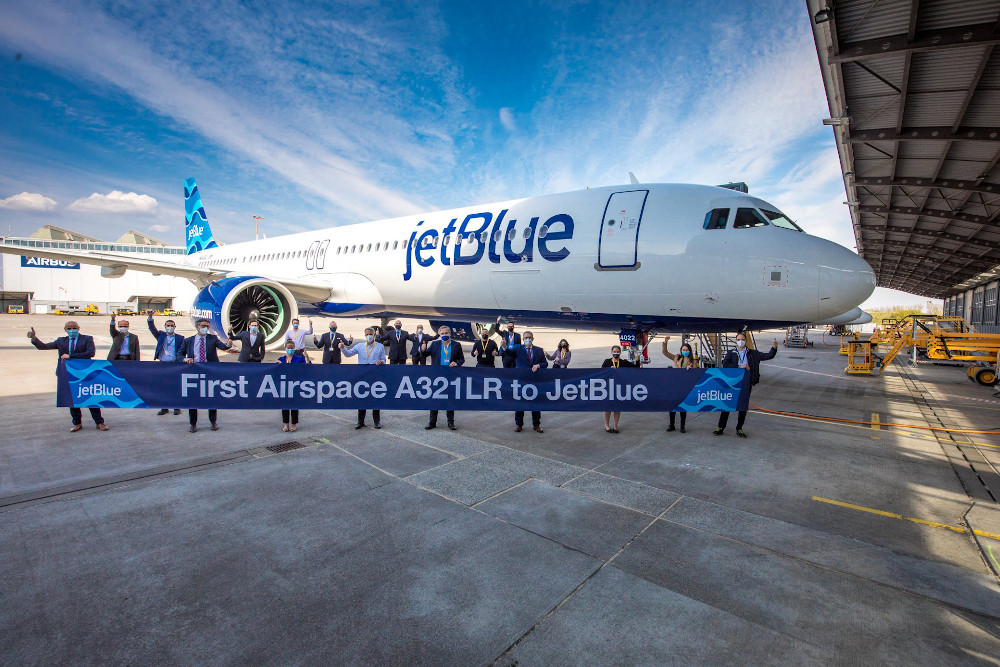 Flights on both routes will operate daily on JetBlue’s new Airbus A321 Long Range (LR) aircraft with 24 redesigned Mint suites, 117 core seats and the sleek and spacious Airspace cabin interior. JetBlue is set to take delivery of three A321LRs in 2021, all operating on the JFK routes. Additional A321LRs scheduled for 2022 will operate Boston service. The A321LR platform – offering the range of a wide-body but with the economics of a single-aisle aircraft – will allow JetBlue to effectively compete with the airline’s award-winning service and low fares on flights between the U.S. and London. 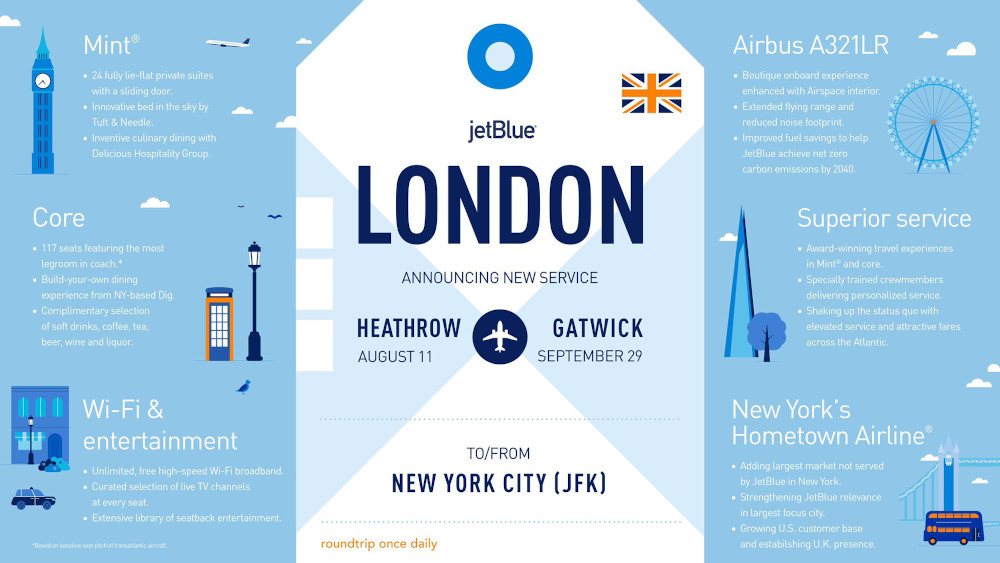