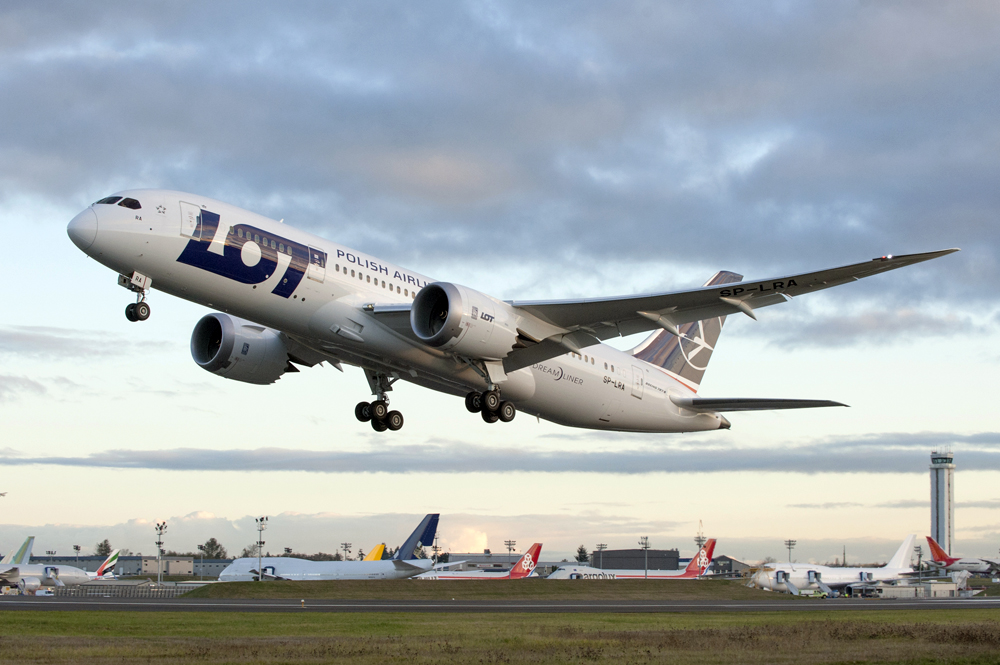 A few days after President Donald Trump included Poland into the Visa Waiver Program, LOT Polish Airlines has announced today the launch of flights to San Francisco. Effective August 5th 2020, the route will be operated 4 weekly with Boeing 787 Dreamliner.

This will be the 9th route of LOT to the United States and the 20th long-haul connection in LOT’s flight network. Today, the Polish carrier offers flights from Warsaw: to New York (JFK/EWR), Chicago, Los Angeles, Miami, Toronto, Tokyo, Seoul, Beijing (PEK/PKX as from 28.10.2019), Singapore, Delhi and as from 3rd November 2019 to Colombo, Sri Lanka. Moreover, from Krakow to Chicago and New York (JFK as from 3.05.2020), from Rzeszow to New York (EWR), and from Budapest to Chicago and New York City (JFK) and Seoul.

The flight, during which LOT’s 787 Dreamliners will cover over 10 thousand km, will take almost 12 hours. It will therefore be the fastest way to travel both from Poland and the entire CEE region to San Francisco. The flight schedule has been arranged so as to provide passengers from several major European cities with short and comfortable connecting flights. While on their way from: Budapest, Tel Aviv, Vienna, Gothenburg, Stockholm, Prague, St. Petersburg, Sofia, Bucharest, Moscow, Tallinn, Kiev or the majority of Polish cities, a 2-hour transfer at the Chopin Airport in Warsaw is all they have to deal with.

“San Francisco has been on our list of new destinations for some time already; however, it is no coincidence that we have decided to announce this connection right now. September 30th Poland has officially joined the Visa Waiver Program, so that soon American visas for Poles will become a thing of the past. I am delighted that our social campaign “No Visas to the USA” that we initiated in 2018 has contributed to this success. We do believe that now Poles will be more willing to travel to the United States for both tourist and business purposes. And the choice is abundant indeed – from now on, together with its new connection to San Francisco, LOT offers as many as 11 direct flights to the United States – both from Poland and Hungary,” says Rafał Milczarski, CEO of LOT Polish Airlines.

“San Francisco, i.e. the most important tourist and business metropolis in Northern California is a natural destination for LOT’s further in United States. Until now, there has not been such a convenient connection with Northern California from both Poland and from the entire region of Central and Eastern Europe. Each year, nearly 300,000 passengers travel between Central and Eastern Europe and San Francisco, and I do believe that with our connection this figure will grow even further,” adds Rafał Milczarski, LOT CEO.

LOT’s offer comprises as many as 111 scheduled flights all around the world. In 2018 LOT carried almost 9 million passengers, 2 million more than in the previous year. This year, the Polish airlines plan to carry over 10 million passengers.