PK8303 crash – the preliminary investigation report has been published 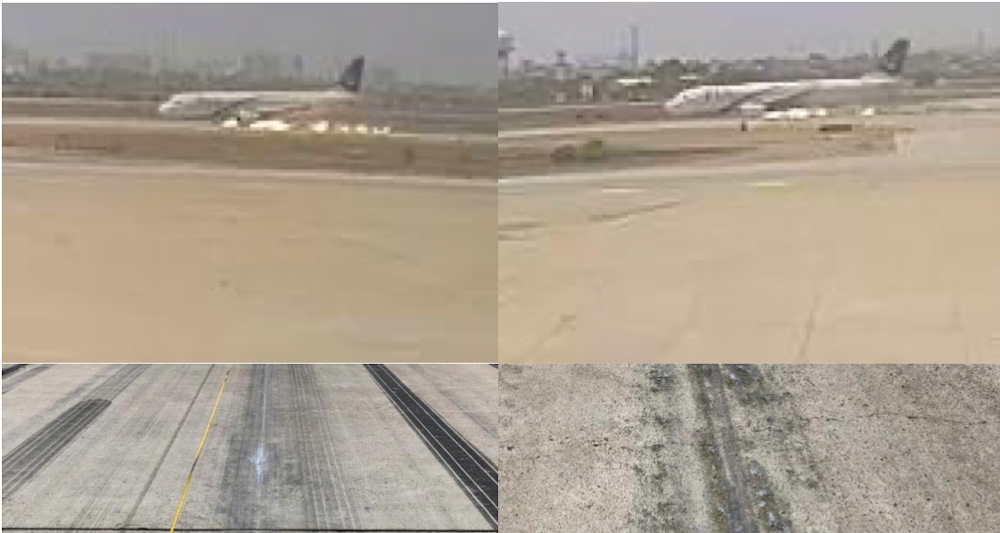 The investigation so far into the available evidences, ie FDR / CVR readouts (preliminary assessment), footages from CCTV / Security Cameras at JIAP, and “Karachi Approach” radar data etc, following has been revealed and validated as the preliminary findings:

(a) The reported weather at origin, en-route and at destination airfields was fit to undertake the flight.

(b) On 22 May 2020 PIA flight PK8303 took off from AIIAP Lahore at 13:05 hrs (as per the Lahore ATC recording / transcript). Departure from Lahore and cruising flight were uneventful. The crew did not follow standard callouts and did not observe CRM aspects during most parts of flight.

(c) “Area Control Karachi East” cleared PK8303 for “Nawabshah 2A” arrival procedure (STAR – Standard Terminal Arrival Route as published in AIP and JEPPESEN), and advised to expect ILS approach for runway 25L. The flight was later cleared at pilot’s discretion to report direct MAKLI (a waypoint 15 nautical miles at a radial of 075 from Karachi VOR) and descend to FL100, and later re-cleared for FL50. The aircraft changed over to “Karachi Approach” and was cleared to descend down further to 3000 ft, by the time it reaches MAKLI.

(d) The aircraft ended up higher than the required descend profile. At MAKLI the aircraft was at 9780 ft and at about 245 knots IAS. In order to manage the descent and lose the additional height, “OPEN DES” mode was selected via the FCU, both autopilots were disengaged and speed brakes were extended.

(e) “Karachi Approach” inquired “confirm track mile comfortable for descend” and later advised to take an orbit, so that the aircraft can be adjusted on the required descend profile. No orbit was executed and the effort to intercept the glide slope and localizer (of ILS) was continued. The FDR indicated action of lowering of the landing gears at 7221 ft at around 10.5 Nautical Miles from Runway 25L.

(f) “Karachi Approach” advised repeatedly (twice to discontinue the approach and once cautioned) about excessive height. Landing approach was not discontinued. However, FDR shows action of raising of the landing gears at 1740 ft followed by retraction of the speed brakes (at a distance slightly less than 05 nautical miles from the runway 25L). At this time, the aircraft had intercepted the localizer as well as the glide slope. Flaps 1 were selected at 243 knots IAS, the landing gears and speed brakes were retracted. Over-speed and EGPWS warnings were then triggered.

(g) Figure hereunder depicts a few parameters of FDR data and the first approach profile of the aircraft in comparison with the required approach profile. Note: For the descent path, the altitude has been shifted to start from 84 ft in order to match the altitude of the runway at ground impact. 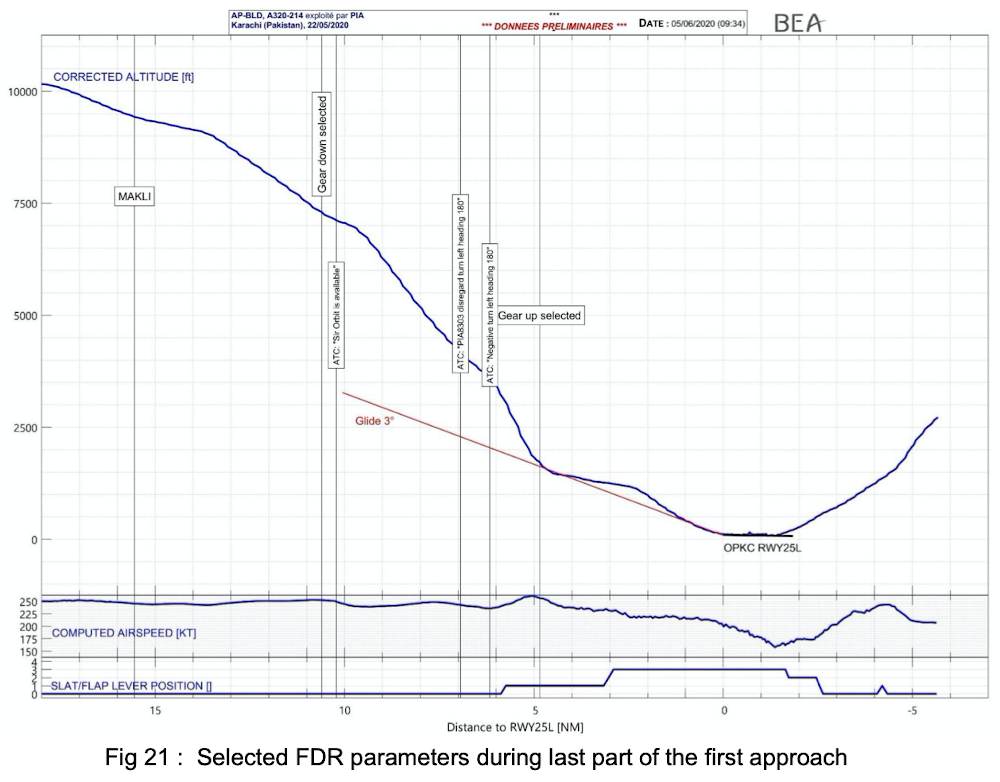 (i) At 500 ft, the FDR indicates: landing gear retracted, slat/flap configuration 3, airspeed 220 knots IAS, descent rate 2000 ft/min. According to the FDR and CVR recordings several warnings and alerts such as over-speed, landing gear not down and ground proximity alerts were disregarded. The landing was undertaken with landing gears retracted. The aircraft touched the runway surface on its engines. Flight crew applied reverse engine power and initiated a braking action. Both engines scrubbed the runway at various locations causing damage to both of them. Figures hereunder show selected screenshots of security / CCTV cameras footages of the aircraft engines touching the runway and showing sparks due to scrubbing, along with marks on the runway. 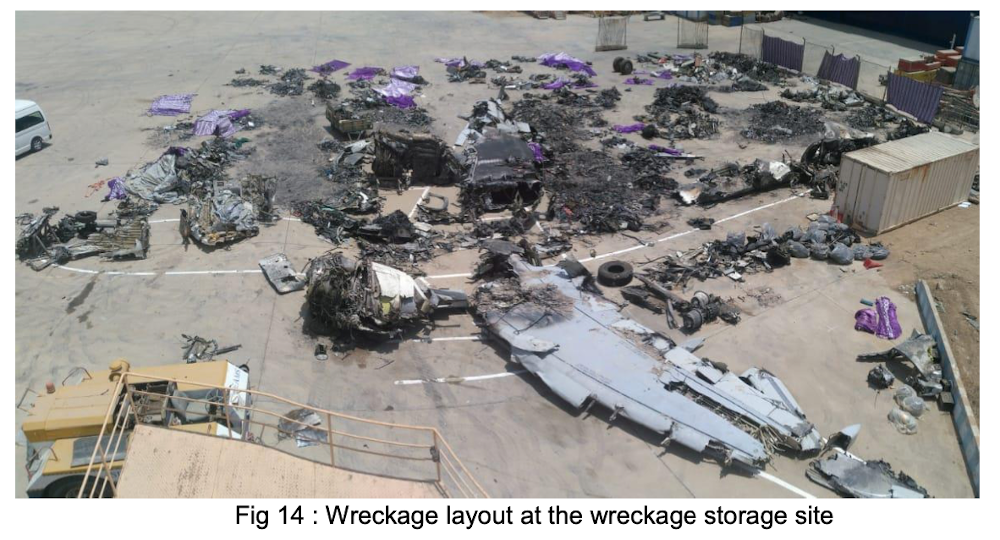 (k) The landing was discontinued and a go-around was executed. FDR recording indicates a brief action of selection of landing gear lever to down position, which was immediately followed by its movement to up position. Intention to undertake another ILS approach for landing on runway 25L was conveyed, however shortly after the go-around both engines failed one by one. Ram Air Turbine (RAT) was deployed to power the essential systems. FDR data recording stopped during this timeframe (as per the designed limitation). The aircraft was unable to maintain required height. The aircrew declared the emergency situation that both engines were lost, and transmitted a “Mayday Call”. Evidences from the wreckage indicate reasons for right engine failure, however left engine requires further examination, and landing gear in extended position did not demonstrate any malfunction of the landing gear system. 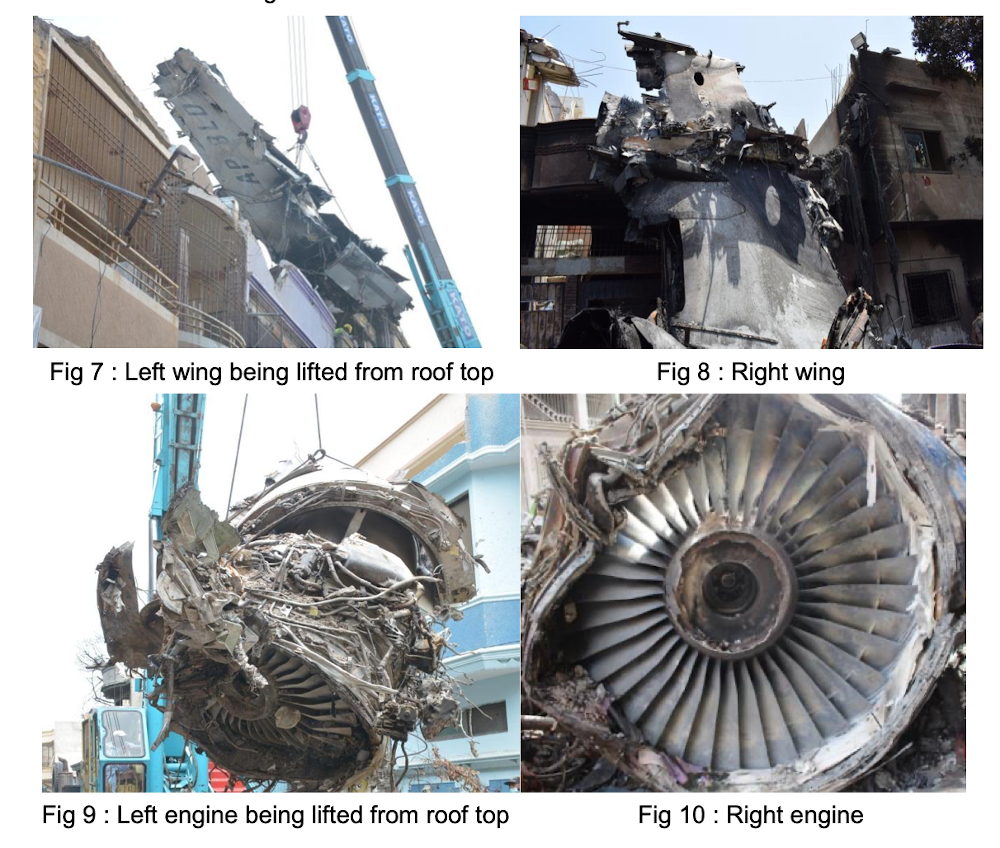 (l) The aircraft crashed about 1340 meters short from runway 25L. It was a slow speed impact with high angle of attack, with aircraft configuration indicating landing gears extended, slats at step / position 1, and flaps retracted. The said configuration was ascertained and documented from the wreckage at the crash site (as the FDR data recording had stopped earlier).