The new Bucharest – St. Petersburg route will start on July 1st and will be operated as follows:

Also today, Wizz Air has announced the allocation of a 9th aircraft to its Vienna base. The new Airbus A321 will join the fleet on July 1st, enabling the start of 5 new routes from Vienna to Alghero, Corfu, Faro, Podgorica and Suceava as well as the increase of frequencies of the airline’s existing Milan, Rome, Málaga and Porto routes. These 5 new routes from VIE are available for booking. 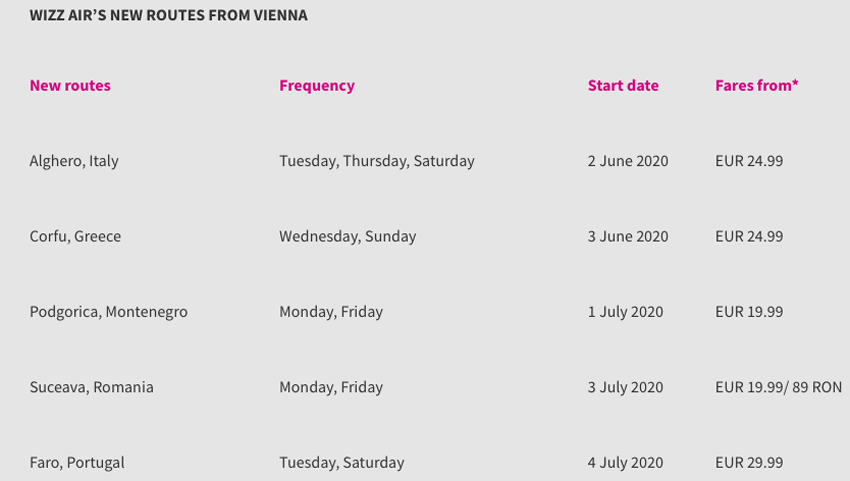 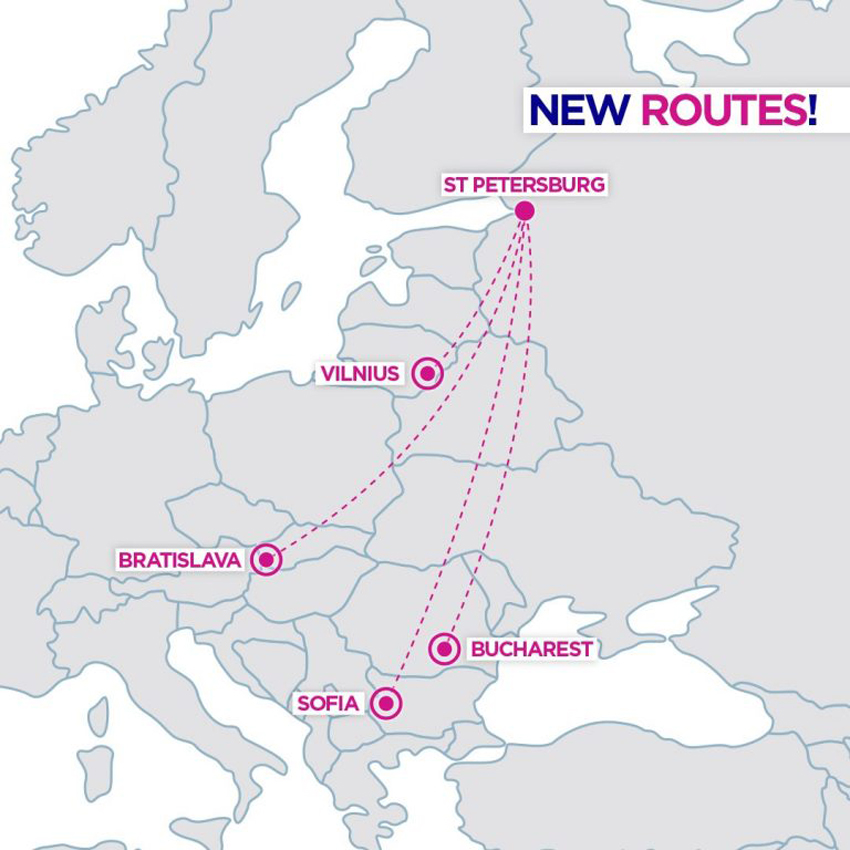