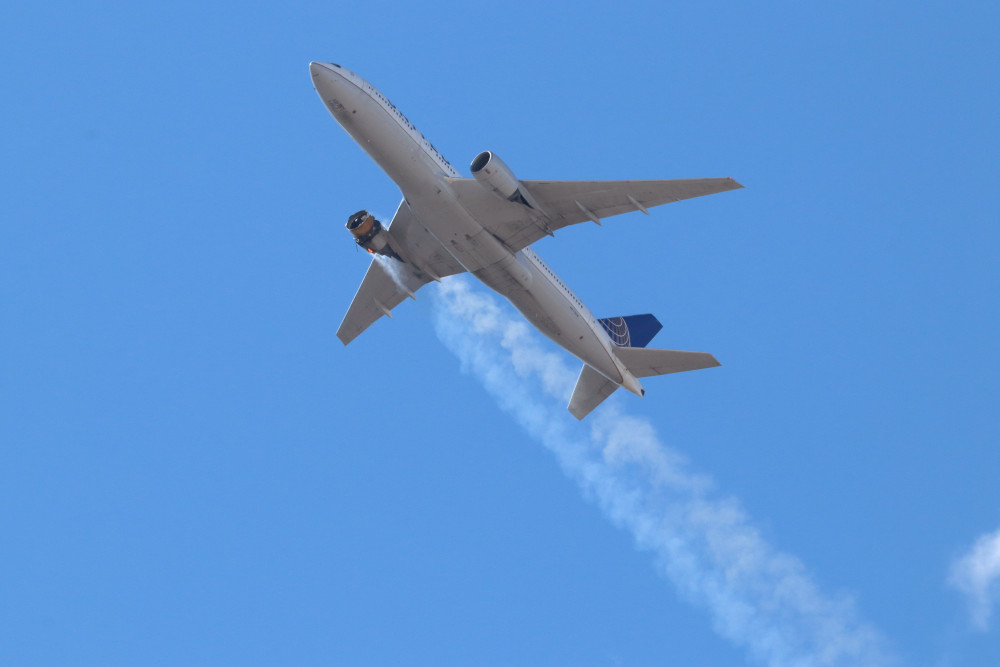 As a result, airlines operating PW4000-112 powered Boeing 777s have grounded them in the US, Japan and South Korea.

Flight 328 @united engine caught fire. my parents are on this flight 🙃🙃 everyone’s okay though! pic.twitter.com/cBt82nIkqb

“Boeing is actively monitoring recent events related to United Airlines flight 328. While the NTSB investigation is ongoing, we recommended suspending operations of the 69 in-service and 59 in-storage 777s powered by Pratt & Whitney 4000-112 engines until the FAA identifies the appropriate inspection protocol. Boeing supports the decision yesterday by the Japan Civil Aviation Bureau, and the FAA’s action today to suspend operations of 777 aircraft powered by Pratt & Whitney 4000-112 engines. We are working with these regulators as they take actions while these planes are on the ground and further inspections are conducted by Pratt & Whitney. Updates will be provided as more information becomes available.” Photo: Hayden Smith.

We are voluntarily & temporarily removing 24 Boeing 777 aircraft powered by Pratt & Whitney 4000 series engines from our schedule. We will continue to work closely with regulators to determine any additional steps and expect only a small number of customers to be inconvenienced.

@CNN Video my sister sent me of the United Flight that had engine failure leaving Denver. pic.twitter.com/nc0bvUGTVC

As a reminder, on February 20th, shortly after taking off from Denver as UA328 to Honolulu, United’s Boeing 777-200 (N772UA, the 5th 777 ever built) experienced right-hand PW4077 engine failure, with parts of its falling to the ground. There were 231 passengers on-board and 10 crew. The pilots did not dump fuel and declared “Mayday”. After stopping the climb at 13,000 feet, the pilots requested to return to Denver, where the 777 landed safely 23 minutes after departure. A replacement Boeing 777-200 took the passengers to Honolulu with a 6h delay. NTSB has opened an investigation.

As an update, Korean Air said it has grounded its 777s with P&W engines. And Asiana also confirms the same about its nine P&W-powered 777s.

Pulled the LiveATC…pilot called mayday for engine failure on #2…you can hear fire bell at beginning–> pic.twitter.com/fJPvxDZRQf

@broomfieldnews @BroomfieldPD @9NEWS we were at the dog park when we heard the loud boom from the airplane and pieces of the plane started falling pic.twitter.com/9nRg3UgUmV

This is the moment United flight 328 landed in DIA

You can see damage to right engine.

This photo was taken near 13th and Elmwood. Media stage in Commons Park on North side near dog park. PIO eta is 30 mins. pic.twitter.com/vfXlToB5mE

After the Pratt & Whitney 4000-112 engine incident on a Boeing 777 aircraft, we have suspended this configuration's use in UK airspace. It is not used by any UK airlines.

It is operated by airlines in the USA, Japan and South Korea where authorities have also stopped its use. pic.twitter.com/i97yio5X2q