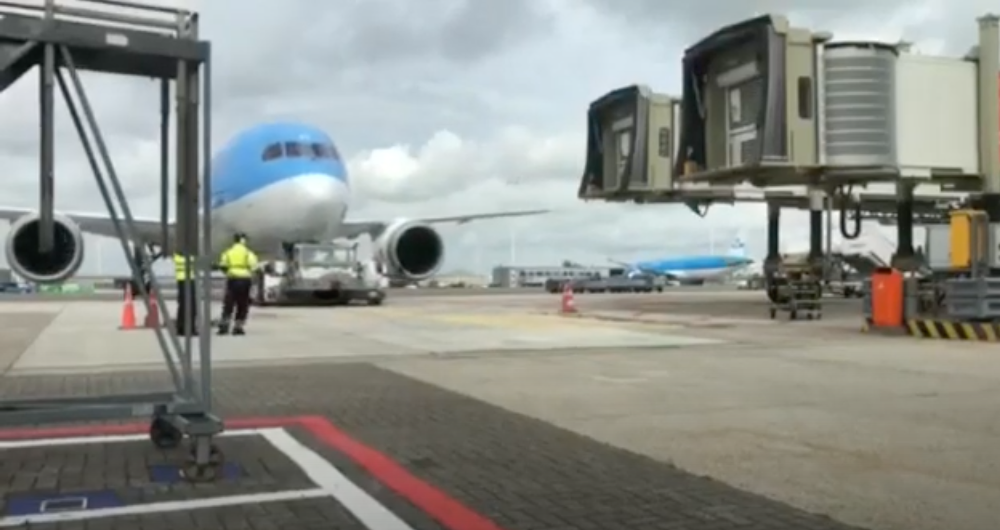 The left engine nacelle of a Boeing 787 Dreamliner TUI has been damaged at Amsterdam’s Schiphol Airport while the 787 was under tow after contact with a jetbridge.

The 787 Dreamliner was supposed to fly to Curacao. “Fortunately, we were able to quickly arrange another Boeing 787, so the delay was only an hour. It was the first TUI flight to Curaçao in a long time, ”a company spokeswoman stated. TUI does not yet know how big the damage is and how exactly it has gone wrong. “That is being investigated,” said the spokeswoman. via Luchtvaartnieuws