VIDEO / The final Airbus A380 sections have arrived in Toulouse 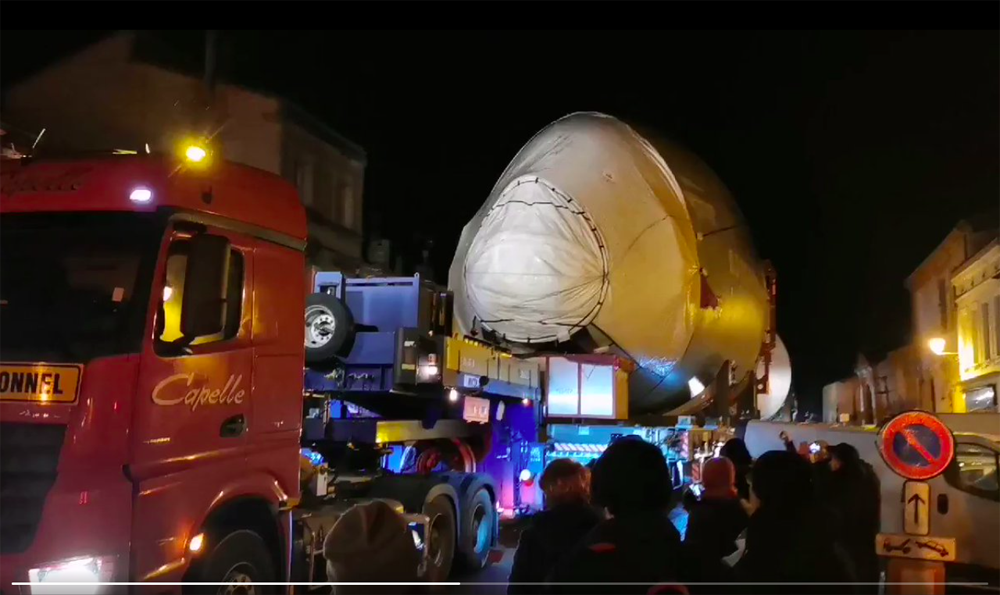 Last night, sections for the last A380 to be built – it will go to Emirates, the largest superjumbo customer – have arrived in Toulouse. In February 2019, Airbus announced it would end A380 production in 2021, after delivering the remaining jets to All Nippon Airways and Emirates.

Coming back to last night’s convoy, it’s worth mentioning that the wings came from Broughton (Wales), fuselage sections and tail fin came from Hamburg and Saint-Nazare, while the rear fuselage and tail cone were built in Cadiz (Spain). As a reminder, Airbus launched the A380 program in December 2000 and the first superjumbo was unveiled in Toulouse in January 2005. First flight took place three months later, in April 2005. Singapore Airlines, the A380’s launch customer, received its first superjumbo in October 2007. Ten days later, the A380 operated its first commercial flight. At the end of 2019, Airbus had 251 firm orders for the A380 of which 242 have been delivered.

Some pictures of this funeral convoy… #A380 #AvGeek https://t.co/JL82kriRag pic.twitter.com/AoQitCF6gU

The final #A380 convoy drive through the streets of Levignac near Toulouse heads to the final assembly line. 😥 #AvGeek pic.twitter.com/uvWR1StyzV

The last pair of A380 wings : pic.twitter.com/7IusUFXyRu