VIDEO / The 100th Airbus A220 produced goes to airBaltic 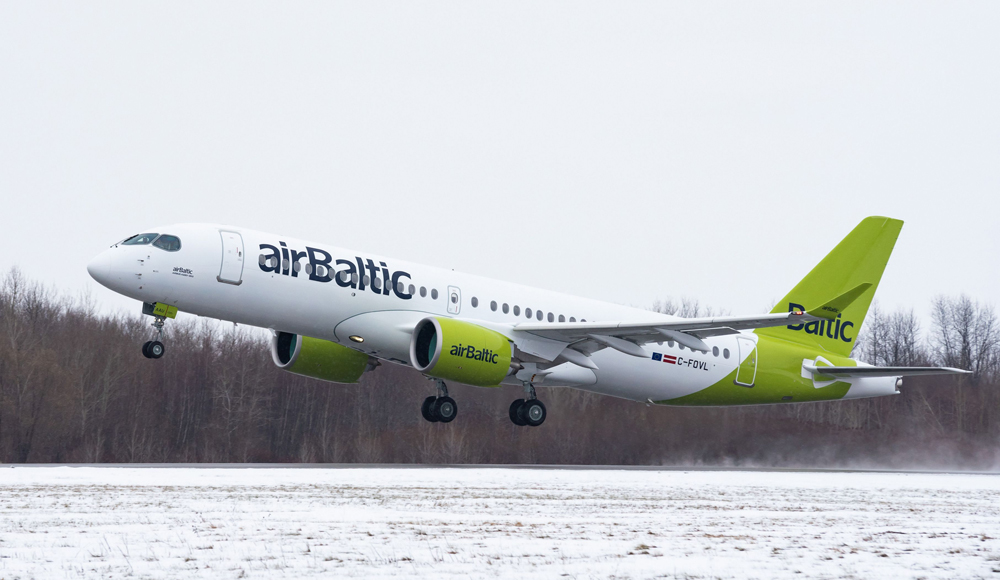 Airbus celebrates the 100th A220 aircraft produced for a customer during a ceremony at the A220 programme headquarters in Mirabel, Canada. The aircraft, an A220-300 destined for airBaltic, features a brand new cabin layout with 149 seats plus a modernised livery.

The A220 Family is assembled at Airbus’ main Final Assembly Line in Mirabel and more recently, also at the programme’s second assembly line in Mobile, Alabama. The world’s first A220 (formerly called the C Series) was delivered in June 2016 to A220-100 launch operator SWISS. Close to 100 A220s are in operation with six operators on four continents. At the end of October 2019, the aircraft had received 530 firm orders from over 20 customers worldwide.

98, 99, 100! We're proud to celebrate the 100th #A220 aircraft produced – destined to @airBaltic! As we thank airBaltic and our 20+ A220 customers for their endorsement, watch our Mirabel employees sharing their pride in working on the most modern aircraft in its category. pic.twitter.com/hqM2638pq1

airBaltic became the A220-300 launch operator when the Latvian airline received delivery of the first ever A220-300 three years ago, on 28 November, 2016. airBaltic has since then re-ordered A220-300 aircraft twice – bringing its firm order to 50 aircraft to become the current biggest European A220 customer. The airline now operates a fleet of 20 A220-300 aircraft.

In an extremely competitive market, the aircraft’s unequalled fuel efficiency and excellent performance has been instrumental to airBaltic which has an all-A220 fleet as the backbone of its new business plan. airBaltic is operating its A220 fleet to various European and Russian destinations as well as to the Middle East. It currently operates the longest flight on an A220 – a 6.5-hour flight from Riga to Abu Dhabi.

MILESTONE / Airbus celebrates the 100th #A220 aircraft produced, an A220-300 airBaltic, which features a new cabin… 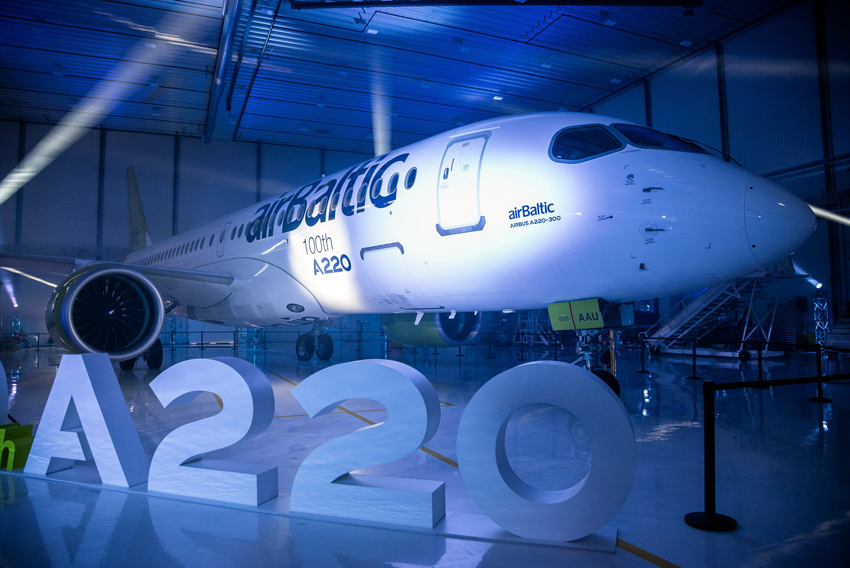