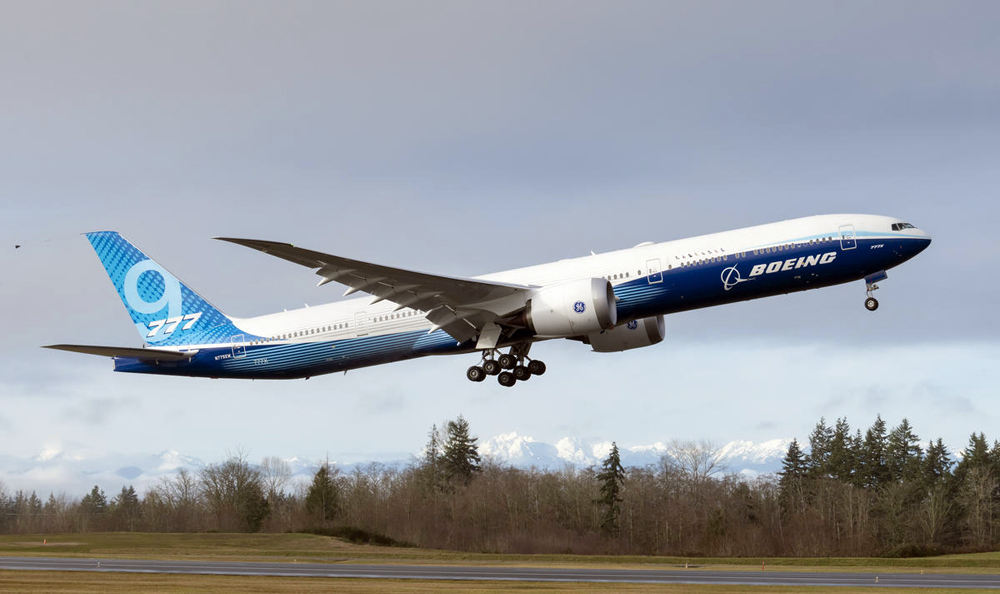 On January 25th, Boeing’s first 777X (N779XW) performed its first flight after bad weather postponed the previous two attempts. WH001 took off from Everett at 10:10 local time and after a 3h 50m flight it landed at Boeing Field at 14:00 local time.

The new Boeing 777X took to the skies on Saturday, entering the next phase of its rigorous test program. Based on the popular 777 and with proven technologies from the 787 Dreamliner, the 777X took off in front of thousands at Paine Field in Everett, Washington, at 10:09 a.m. local time for a three hour, 51 minute flight over Washington state before landing at Seattle’s Boeing Field.

“The 777X flew beautifully, and today’s testing was very productive,” said Capt. Van Chaney, 777/777X chief pilot for Boeing Test & Evaluation. “Thank you to all the teams who made today possible. I can’t wait to go fly your airplane again.” Capt. Chaney and Boeing Chief Pilot Craig Bomben worked through a detailed test plan to exercise the airplane’s systems and structures while the test team in Seattle monitored the data in real time.

“Our Boeing team has taken the most successful twin-aisle jet of all time and made it even more efficient, more capable and more comfortable for all,” said Stan Deal, president and CEO of Boeing Commercial Airplanes. “Today’s safe first flight of the 777X is a tribute to the years of hard work and dedication from our teammates, our suppliers and our community partners in Washington state and across the globe.”

The first of 4 dedicated 777-9 flight test airplanes, WH001 will now undergo checks before resuming testing in the coming days. The test fleet, which began ground testing in Everett last year, will endure a comprehensive series of tests and conditions on the ground and in the air over the coming months to demonstrate the safety and reliability of the design.

VOLUME UP! Hear the #GE9X engines screaming upon the first take-off of a Boeing #777X (WH001, N779XW). Enjoy! #777XFFVideo: twitter.com/timhepher. Follow him for more avgeek stuff.

The newest member of Boeing’s market-leading widebody family, the 777X will deliver 10 percent lower fuel use and emissions and 10 percent lower operating costs than the competition through advanced aerodynamics, the latest generation carbon-fiber composite wing and the most advanced commercial engine ever built, GE Aviation’s GE9X.

The new 777X also combines the best of the passenger-preferred 777 and 787 Dreamliner cabins with new innovations to deliver the flight experience of the future. Passengers will enjoy a wide, spacious cabin, large overhead bins that close easily for convenient access to their belongings, larger windows for a view from every seat, better cabin altitude and humidity, less noise and a smoother ride.

Boeing expects to deliver the first 777X in 2021. The program has won 340 orders and commitments from leading carriers around the world, including ANA, British Airways, Cathay Pacific Airways, Emirates, Etihad Airways, Lufthansa, Qatar Airways and Singapore Airlines. Since its launch in 2013, the 777X family has outsold the competition nearly 2 to 1. 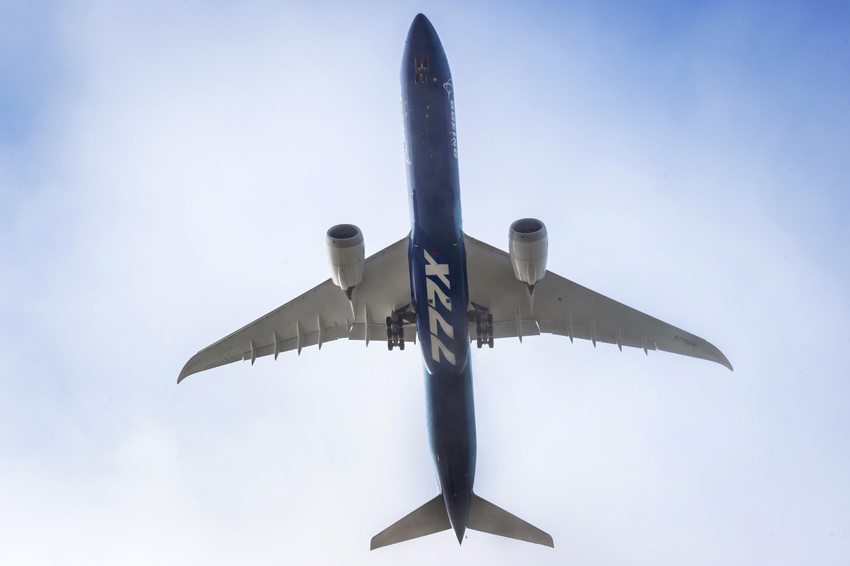 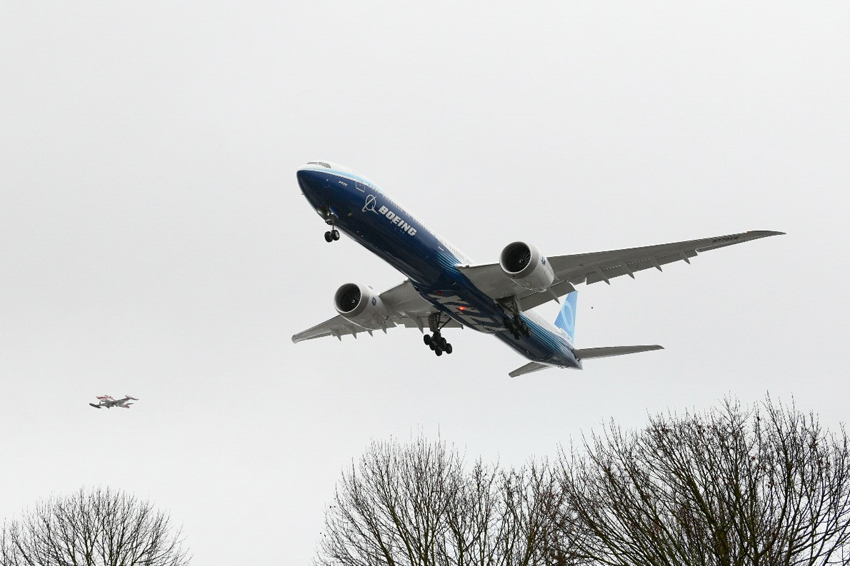 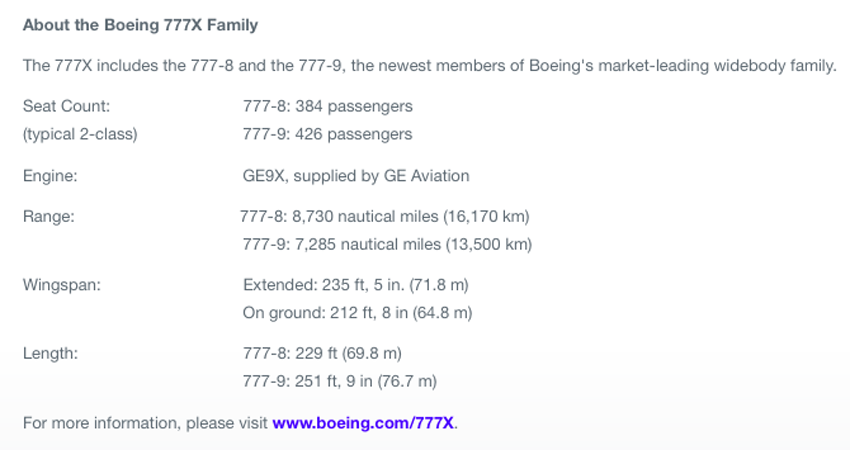