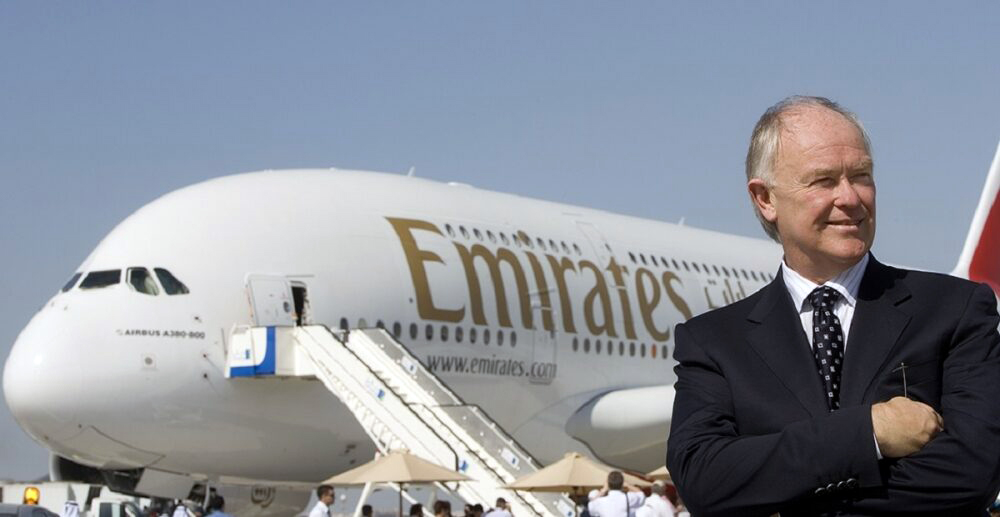 After more than three decades at the helm of Emirates Airline, Sir Tim Clark will step down at the end of June 2020, but will remain an advisor for the Dubai-based airline. The news emerged following an internal Emirates memo, and a company spokesperson confirmed the retirement. No word yet on Tim Clark’s successor.

Tim Clark (70) joined Emirates in 1985 as a founding member, having previously worked at Gulf Air and Caledonian Airways, and became EK President in 2003. In 2014 he was knighted for his services to British prosperity and the aviation industry, becoming Sir Tim Clark.

In the internal memo sent today (Tuesday), Emirates Group Chairman Sheikh Ahmed bin Saeed Al Maktoum said: “Through wars, economic recessions, disasters natural or manmade, and various industry upheavals, Tim has ably steered and grown Emirates to its standing today as the world’s largest international airline, and an eminent player in the global airline industry. His achievements are too many to recount individually, but they will all be remembered.”

John Strickland, an independent aviation consultant: “Tim is a giant of the industry. He had the vision behind Emirates and has cultivated the airline to where it is today.” We were fortunate to meet and speak with Tim Clark at Dubai Airshow 2017 and 2019. A great guy, he will surely be missed by many.

SOURCES / Emirates' Sir Tim Clark to step down in June 2020, reports say. Will stay on in advisory role. No idea on…