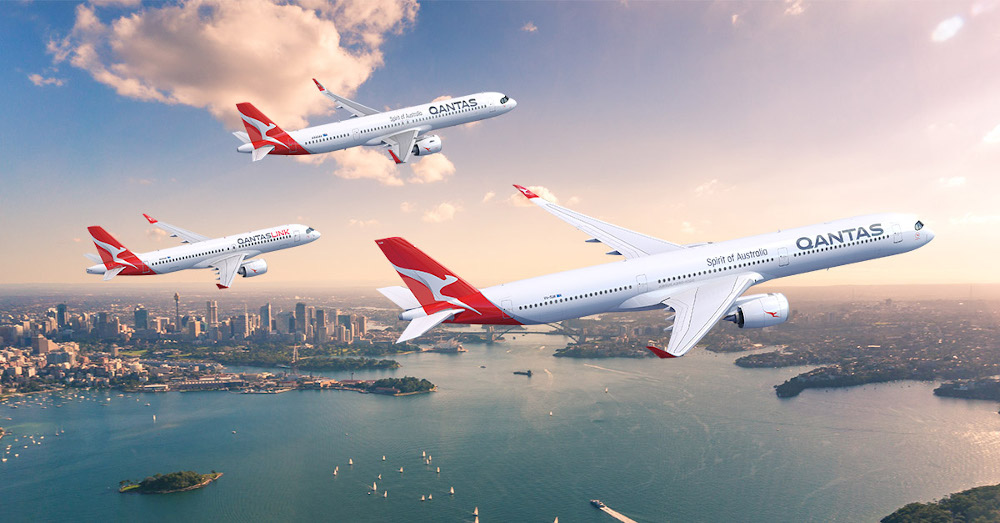 On May 2nd, the Qantas Group has announced several major fleet decisions that will reshape its international and domestic networks over the next decade and beyond. These decisions will also improve journeys for millions of people every year, and create over 1,000 jobs as well as many career progression opportunities at the national carrier.

This morning we welcomed a special @Airbus A350-1000 into Sydney – The aircraft will operate non-stop flights from Australia to other cities including New York and London, starting by the end of 2025. pic.twitter.com/ldXHEihHtq

Domestically, Qantas will start the renewal of its narrow body jets as part of ‘Project Winton’ with firm orders for 20 Airbus A321XLRs and 20 A220-300s as its Boeing 737s and 717s are gradually retired. The first of these aircraft will start to arrive in late calendar 2023, with the order including purchase right options for another 94 aircraft for delivery through to at least 2034.

Internationally, 12 Airbus A350-1000s will be ordered to operate non-stop ‘Project Sunrise’ flights from Australia to other cities including New York and London. These aircraft will feature market-leading passenger comfort in each travel class with services scheduled to start by the end of calendar 2025 from Sydney.

This is how @Qantas' A350-1000 First Class Suite & Wellbeing zone will look like. OF has approved #ProjectSunrise, with an order for 12 A350-1000s capable of flying direct from Australia to any other city, including New York & London, starting from Sydney in late 2025. 1/2 #PaxEx pic.twitter.com/iVAt4VCgCN