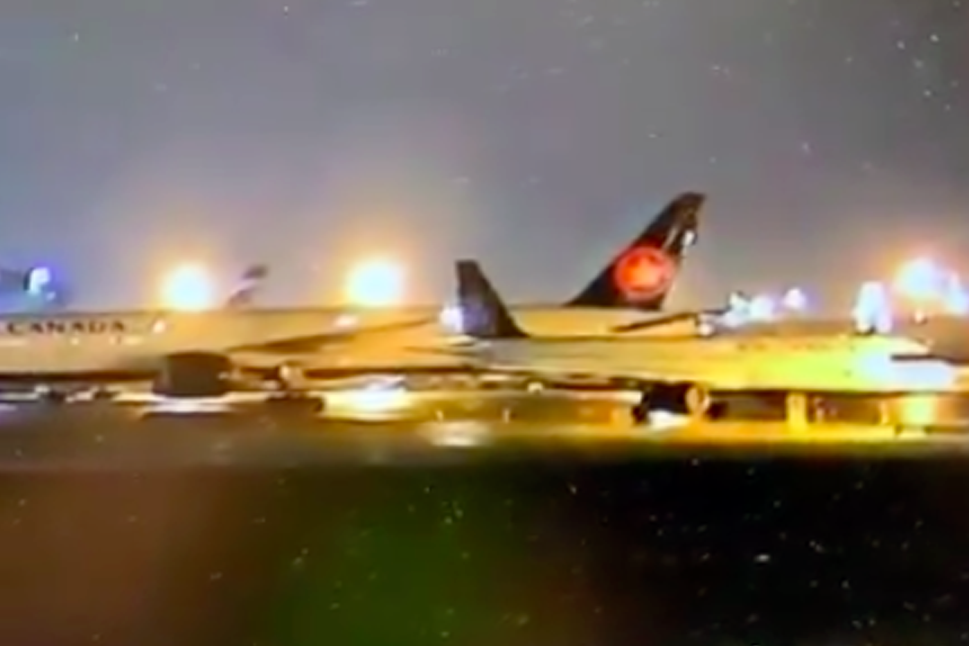 While being towed, a Boeing 777-300ER (C-FIUL) Air Canada clipped the tail of a company Airbus A321 (C-GJWO), which was parked, turning it around. Both aircraft were unoccupied at the time.

INCIDENT while being towed, an Air Canada Boeing 777-300 (C-FIUL) clipped the tail of a parked Air Canada Airbus A321 (C-GJWO) in Toronto on Friday Dec 27. Both aircraft were unoccupied at the time. pic.twitter.com/43RjBqyaRa