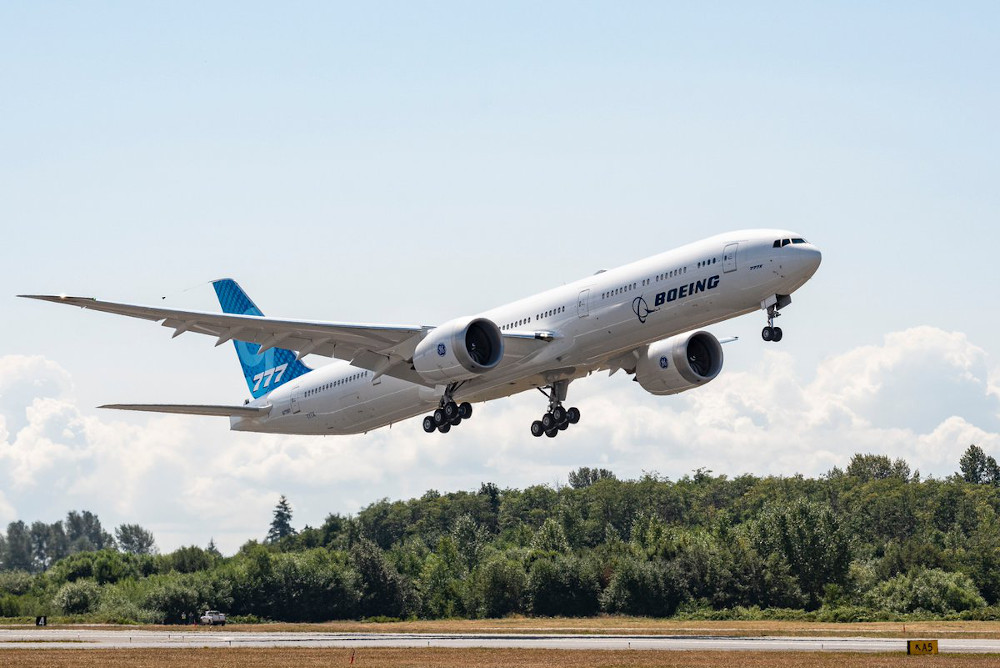 The 3rd @Boeing #777X test frame #N779XY takes the active for a back taxi to the Boeing flight line after its 1st flight. pic.twitter.com/FJQAVrumt0

The 3rd @Boeing #777X test frame holds on taxiway Bravo for its turn to back taxi on the runway after its first flight today. pic.twitter.com/K1aMwp8FWN

Boeing 777-9X WH003 N779XY taxiing out and taking off from 34L at KPAE today for her first flight. pic.twitter.com/ufqSmqTMiQ

The 3rd 777X (N779XY) took flight today. This frame will also be used for test flights.

Today Boeing celebrates another milestone with the companies flagship aircraft, the 777-9X. At 13:55 local time BOE003…