VIDEO / Fiji Airways takes delivery of its first Airbus A350-900 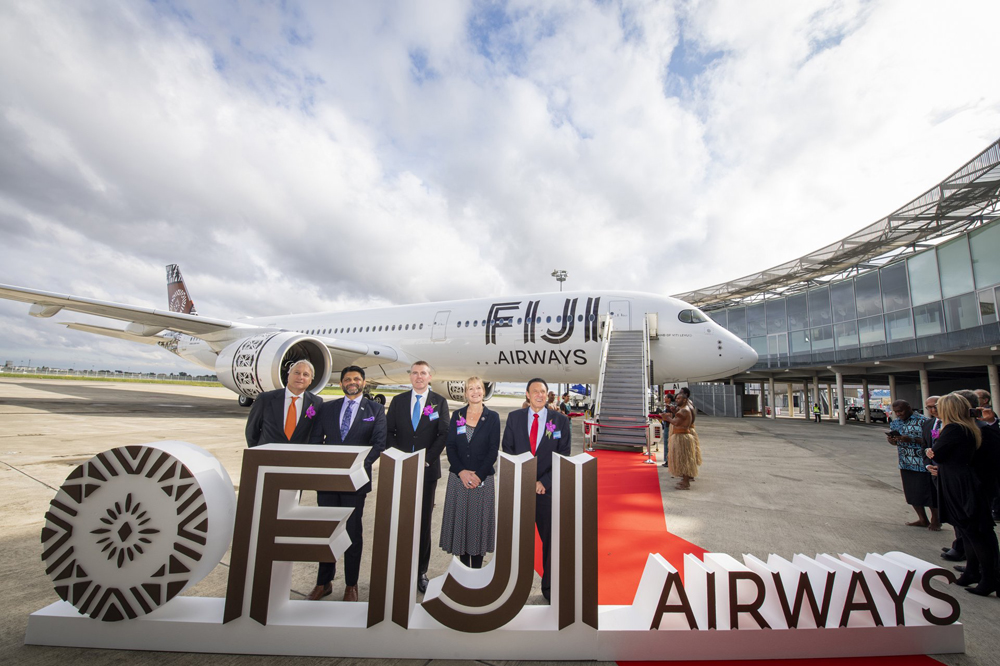 Fiji Airways has become the first airline in the South Pacific region to take delivery of an A350 XWB. The A350-900 which was delivered today in Toulouse is the first of two A350 XWBs that will join Fiji Airways’ fleet and will fly to Dubai for the airshow.

Configured in a 2-class layout with 334 seats including 33 full flat Business and 301 Economy seats, 39 of which are designated as BULA SPACE seats with extra legroom, passengers will enjoy new levels of space and comfort as well as Thales in-flight high definition entertainment systems. Both aircraft are being leased from Dubai-based DAE Capital. The aircraft are the first to be directly purchased by DAE Capital from Airbus. Fiji Airways will operate the A350 XWB on its Nadi-Los Angeles and Nadi-Sydney routes.

Fiji Airways currently operates a fleet of six A330 Family and will benefit from the common type rating with the A350 XWB which allows pilots and crews to operate on both aircraft types. At the end of October 2019, the A350 XWB Family had received 913 firm orders from 50 customers worldwide, making it one of the most successful wide-body aircraft ever.

#BulaA350! Congratulations to @fijiairways 🇫🇯 on being the first airline based in the South Pacific region to operate the #A350!
Are you attending the #DubaiAirshow 2019? Good news – you'll get a chance to see this beauty up close on Nov 17th and 18th! #DAS19 pic.twitter.com/hE9YP65Ynt

Our MDCEO Andre Viljoen steps #onboard our #A350 for the first time with our crew. #BulaA350 #FlyLikeAFijian #FlyingSoon #SneakPeek Airbus 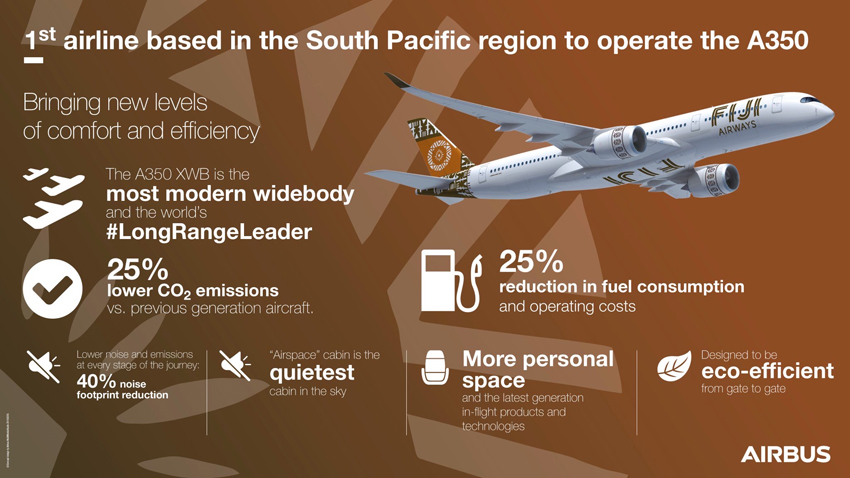