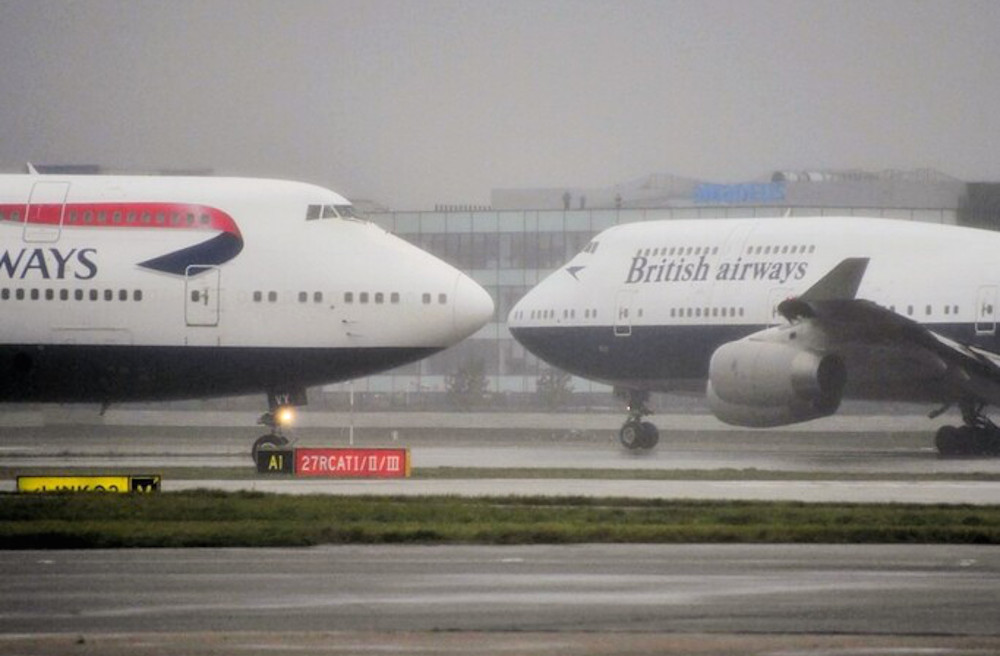 This morning, October 8th, British Airways’ remaining 2 Boeing 747-400s based at Heathrow taxied for take off for the last time. Flying into retirement, BA’s two jumbo jets took to the skies one after the other from runway 27R. Once in the air, G-CIVY circled back over the southerly runway in an emotional farewell to its home before heading to St Athan, where the aircraft will be retired.

G-CIVB, painted in the airline’s historic Negus livery, and G-CIVY, in its current Chatham Dockyard livery, are going to be retiring in the UK at Kemble and St Athan, respectively. Between the two aircraft they have flown an impressive 104 million miles in their 47 years of service and carried millions of British Airways customers. At 7:47 AM this morning, hundreds of aviation enthusiasts and customers flooded social media sharing their favourite 747 memories using #BA747farewell.

Alex Cruz, British Airways’ Chairman and CEO said, “Today was an emotional milestone in the retirement of our 747 fleet as it was our last chance to see the Queen of the Skies depart from our home at Heathrow airport. The 747s have played a huge role in our 100-year history, forming the backbone of our fleet for over 50 years. I know I speak for our customers and the many thousands of colleagues who have spent much of their careers alongside them when I say we will miss seeing them grace our skies.”

In July, British Airways announced that its remaining 747s had sadly flown their last commercial services as a result of the impact the Covid-19 pandemic has had on the airline and the aviation sector. The fleet is being replaced by quieter more fuel efficient aircraft as part of the airline’s commitment to achieving net zero carbon emissions by 2050.

LOW PASS / Before heading into retirement at St. Athan, G-CIVY (one of British Airways' last 2 Heathrow Airport based Boeing 747-400s) performed a flypast over LHR just as her sister G-CIVB (Negus livery) was flying over RAF Brize Norton, heading to Kemble. So long, Queen of the Skies! You will be missed! ???????? #BA747farewellPhotos: facebook.com/AeronewsGlobal/posts/3370613513014725

A fond farewell to our 747s

Thank you for joining us early this morning to bid farewell to our 'Queen of the Skies'. If you missed it, you can still watch it below. 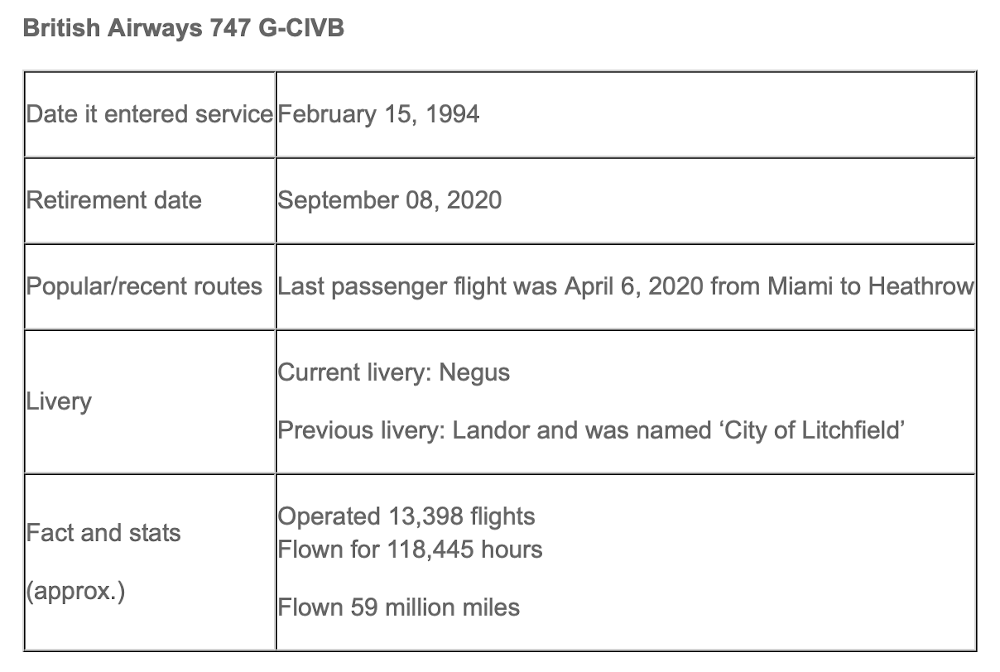 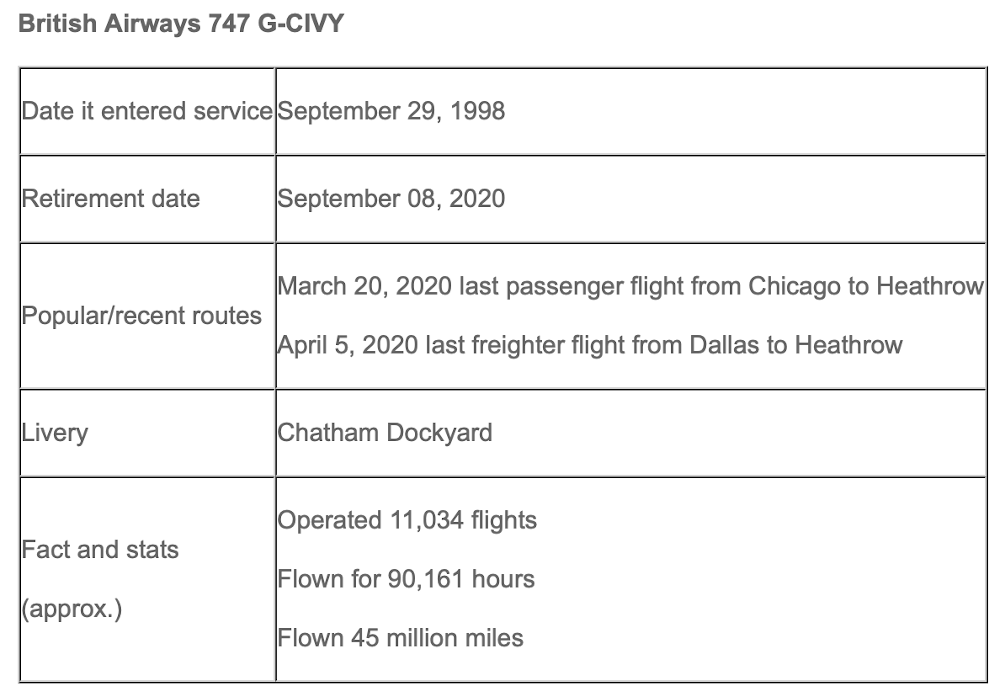 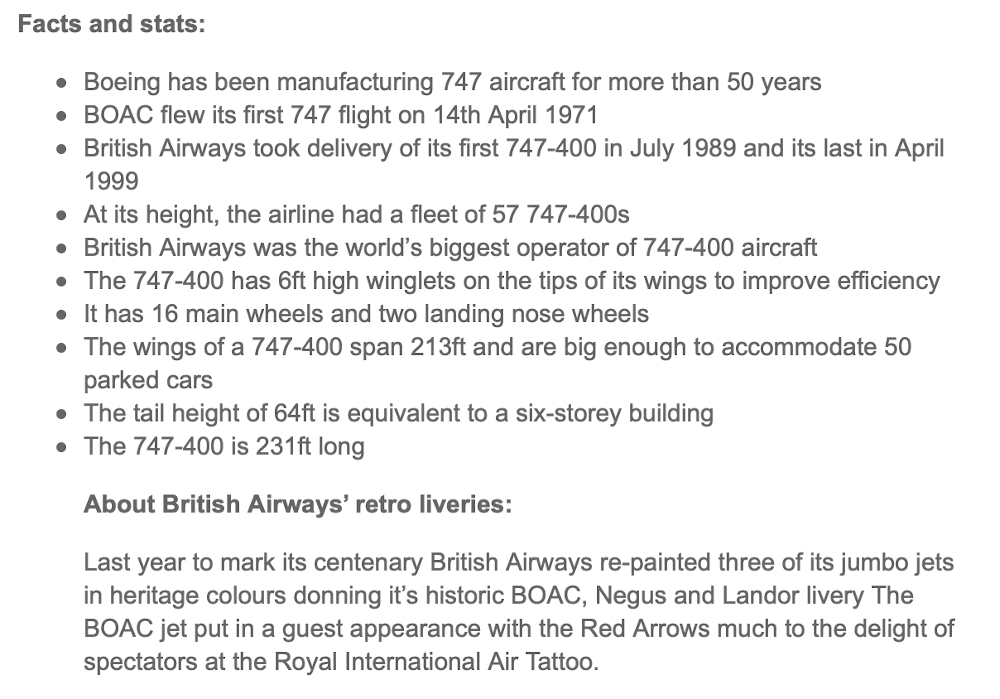