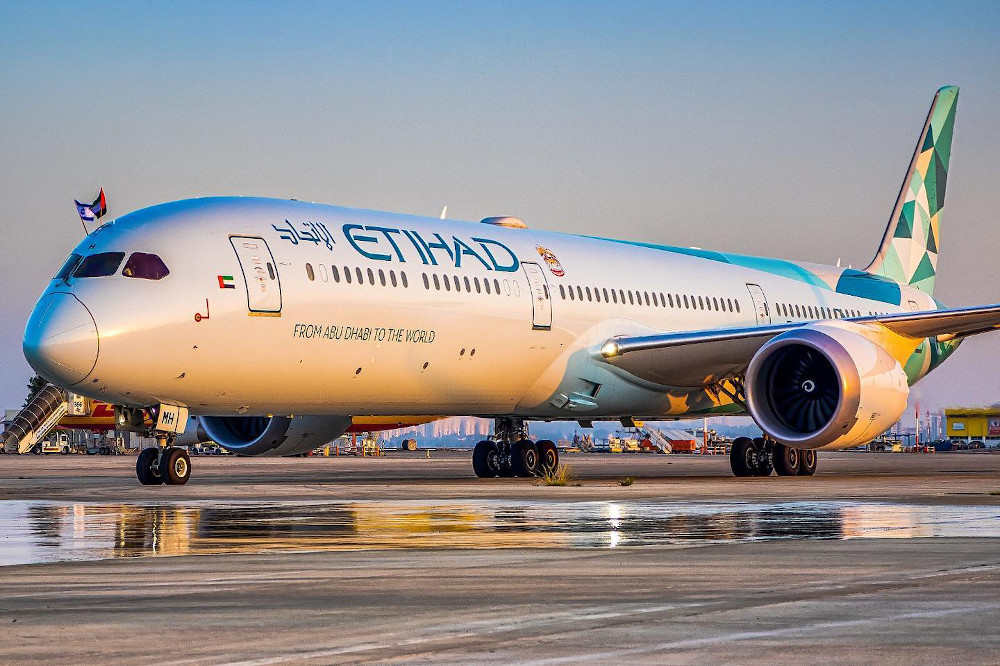 This morning, Etihad Airways became the first GCC carrier to operate a commercial passenger flight to and from Israel, bringing Israel’s top travel and tourism leaders to the UAE. The flight was operated with a Boeing 787-10 Dreamliner (A6-BMH).

This was not the first Etihad flight to Tel Aviv as the airline had previously operated cargo flights to TLV, with no passengers on-board. Today’s flight from Abu Dhabi is the latest development in a growing cooperation between the two nations following the establishment of diplomatic ties, and the signing of the Abraham Accords between the UAE and Israel in Washington D.C. on 15 September. It also follows El Al’s first symbolic commercial flight between Tel Aviv and Abu Dhabi on 31 August.

As a travel trade mission, the return flight to Abu Dhabi will bring a group of tourism industry leaders, key corporate decision makers, travel agents, and cargo agents, along with media to experience Abu Dhabi and the wider UAE, at the invitation of Etihad Airways and representatives of Abu Dhabi’s tourism industry. As an important facilitator of trade, the flights between Tel Aviv and Abu Dhabi will also carry commercial cargo sourced from, and destined for, points across Etihad’s global network, in addition to commercial guests

Coinciding with the first commercial flight and in celebration of the recent peace accords between the UAE and Israel, Etihad has become the first non-Israeli airline in the Middle East to launch a dedicated website for the Israeli market in Hebrew. Also available in English, the Israeli version of the airline’s official website contains digital content including extensive information on Etihad’s operations, product, services, and network. The site also includes an Abu Dhabi destination guide. The site can be viewed in Hebrew at www.etihad.com/he-il and in English at www.etihad.com/en-il. Photo: Ido Wachtel Photography, Asaf Greenboum instagram.com/asafg11

"Today, we make history. Etihad Airways has become the first Gulf airline to operate a passenger flight to Israel. And this is only the beginning…" Video: Asaf Greenboum instagram.com/asafg11 ????????????????Details: https://aeronewsglobal.com/video-etihad-airways-the-first-uae-carrier-to-operate-a-commercial-flight-to-israel/

WELCOME to TLV! #Watercannon salute this morning for Etihad Airways' 787-10 #Dreamliner (A6-BMH Greenliner) after arriving from Abu Dhabi as EY9607. Video: twitter.com/itayblumental ????????????????EY Captain Saleh Abdullah: "If someone had told me, a few months, ago that I would land here in Tel Aviv, I would have said it’s not possible."Details: https://aeronewsglobal.com/video-etihad-airways-the-first-uae-carrier-to-operate-a-commercial-flight-to-israel/