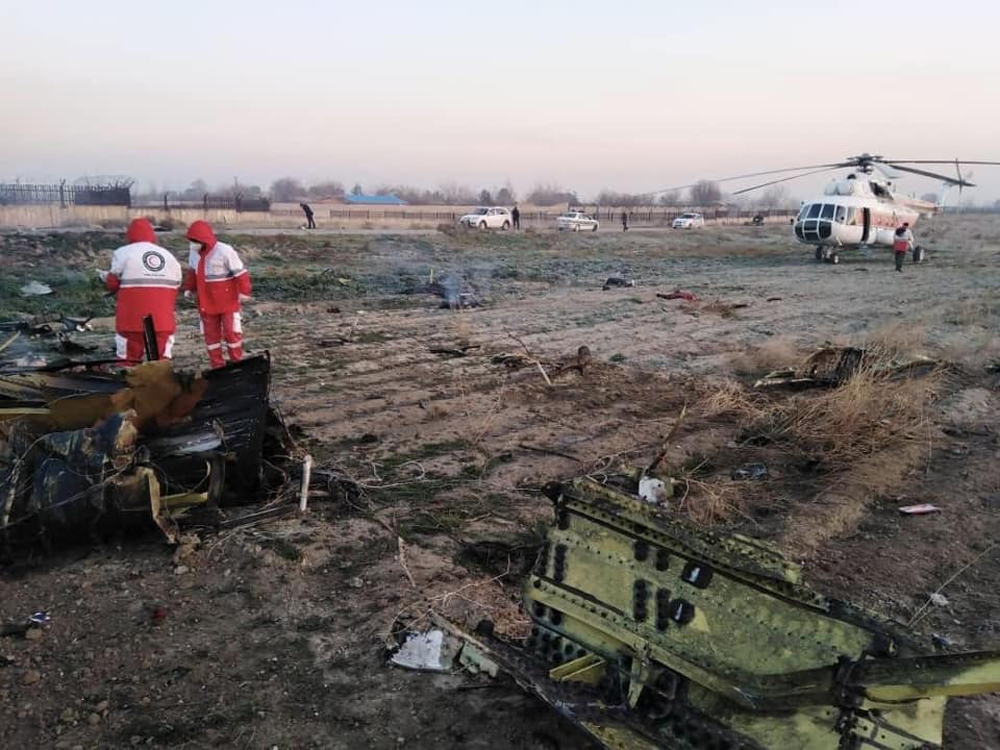 Update 9 January / The Ukrainian flight that crashed just outside of Tehran is believed to have been struck by an anti-aircraft missile system, a Pentagon official, a senior U.S. intelligence official and an Iraqi intelligence official told Newsweek. The aircraft could have been hit by a Russian-built Tor-M1 surface-to-air missile system, known to NATO as Gauntlet. The Pentagon’s assessment is that the incident was accidental. Iran’s anti-aircraft were likely active following the country’s missile attack.

CAO Iran issued a preliminary report on the crash of flight PS752.

Update 21:00 / The initial assessment of Western intelligence agencies is that the Boeing 737-800 which crashed in Iran on Wednesday was not brought down by a missile, said a Canadian security source. The source, who declined to be identified, said the agencies believed the Boeing 737 plane had suffered a technical malfunction.

Update 15:00 / A pilot error is unlikely to have caused the crash, the vice president of operations at Ukraine International Airlines said on Wednesday. “We know that the aircraft went to the altitude of 2,400 meters / 7,874 feet. The crew mistake is minimal. We simply do not consider it. Taking into account their experience, it is very hard to say that it could somehow be about the crew,” Igor Sosnovsky said at a briefing. “All crew members had enough experience and flight hours.”

Update 14:30 / Iran will not give the black boxes of the crashed Ukrainian 737-800 to Boeing, the head of Tehran’s civil aviation organization stated. Ali Abedzadeh also said it was not clear which country Iran would send the boxes to so that their data could be analyzed, semi-official Mehr news agency reported.

Update 10:20 / Engine failure caused the crash of a Ukrainian airliner in Iran, rather than a missile attack or act of terrorism, the Ukrainian embassy to Iran said on Wednesday. One of the black boxes has been recovered, Iran’s state broadcaster IRIB reported. The pilots of the Boeing 737-800 did not declare an emergency, Iranian media said, quoting an official of the Iran Civil Aviation Organization.

Initial story / Emergency crews have been dispatched to the crash site and the first photos which appeared on social media show many debris scattered, which leads to the idea that the plane broke-up in mid-air and not on impact with the ground.

There is a video circulating on social media of what appears to be an airplane on fire in the sky over Iran before it crashes, but we can’t confirm its authenticity. UR-PSR was delivered to Ukraine International in July 2016 (186 seats, Business Class and Economy). Main photo: Iranian RCS.

Follow us on twitter.com/AeronewsGlobal for more updates on this.

Information on PS752 crewWith due allowance for the complexity and duration of the flight, the UR-PSR aircraft’s crew… 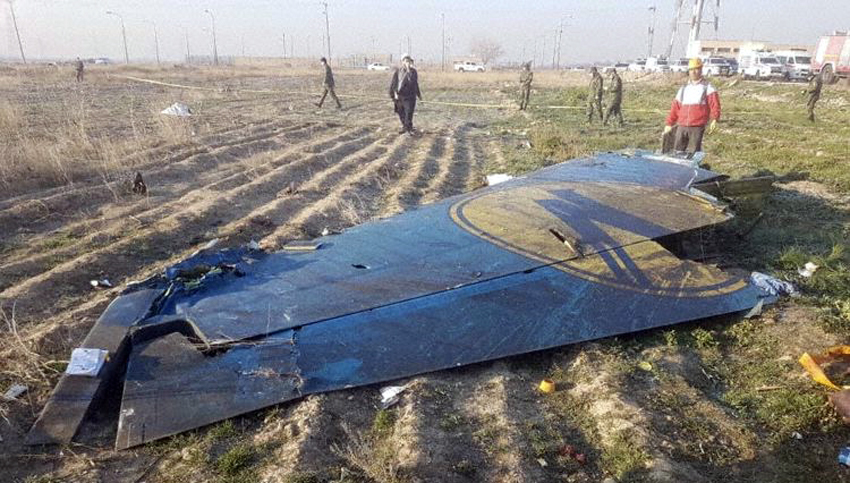 There is imagery showing projectile holes in the fuselage and a wing section. pic.twitter.com/gm0NbVzYsn

A Boeing 737 passenger plane carrying 180 people has crashed shortly after takeoff near #Tehran Here's a look at the #PS752 crash scene in Tehran.

BREAKING Ukraine Int’l Airlines #PS752, operated by a Boeing 737-8KV registered UR-PSR, has crashed shortly after take-off from #Tehran in #Iran at around 8:15am this morning.pic.twitter.com/m4DKHZBu1o