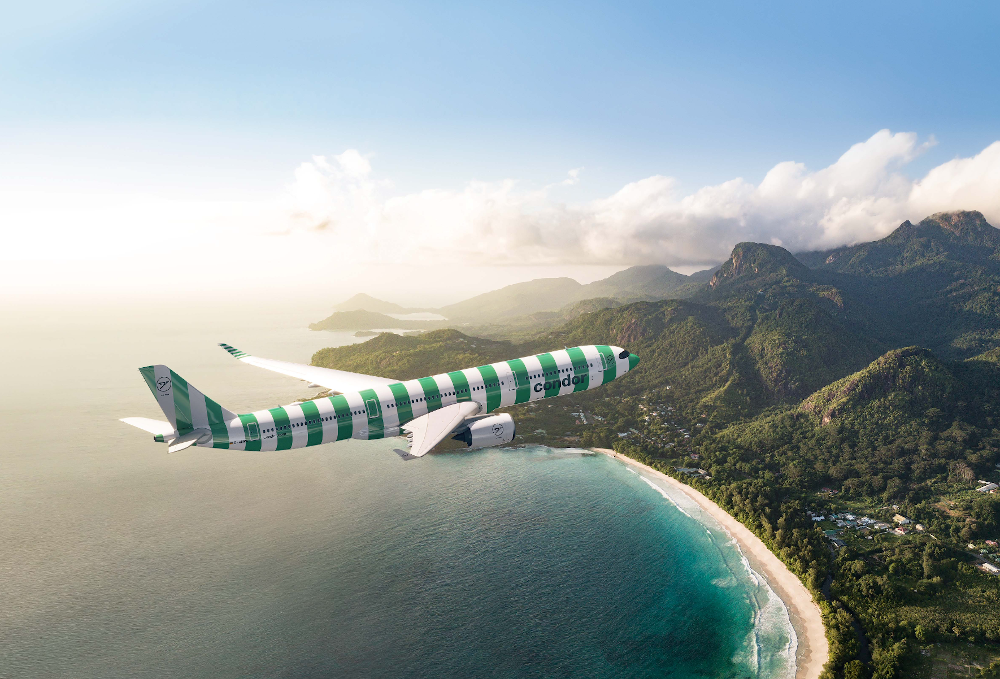 Germany’s most popular leisure airline is unveiling its new brand identity today: In the future, Condor will wear stripes in 5 colours. Inspired by parasols, bath towels and beach chairs, Condor is evolving into a distinctive and unique vacation airline.

The corporate identity’s lead colours are yellow and blue. They have been complemented by the contrasting color gray. The Condor signet, the condor in a circle, goes back to one of Germany’s most influential designers, Otl Aicher. The figurative mark has been given a facelift, with finer and more dynamic lines. It can be found again in the tail unit of the aircraft. The Condor lettering has also been adapted: It is now more compact, and the new lower case has made the word mark more independent and consistent with the image. The logo appears in high-contrast black on the fuselage of the aircraft.

Initially, Condor’s aircraft will carry 5 colours in a striped look: yellow, red, blue, green, and beige stand for the facets of the diversity of Condor’s guests, employees and the multitude of opportunities to discover the world with Condor.

The crew uniforms, accessories such as neckerchiefs, ties and pins will shine in the new design too, which will also make its way on board, to the airports, on the website and on social media: in the coming weeks and months, many items on board will be replaced, such as cups, blankets and cutlery, as well as all materials on the ground such as boarding passes, ID cards and airport signage. 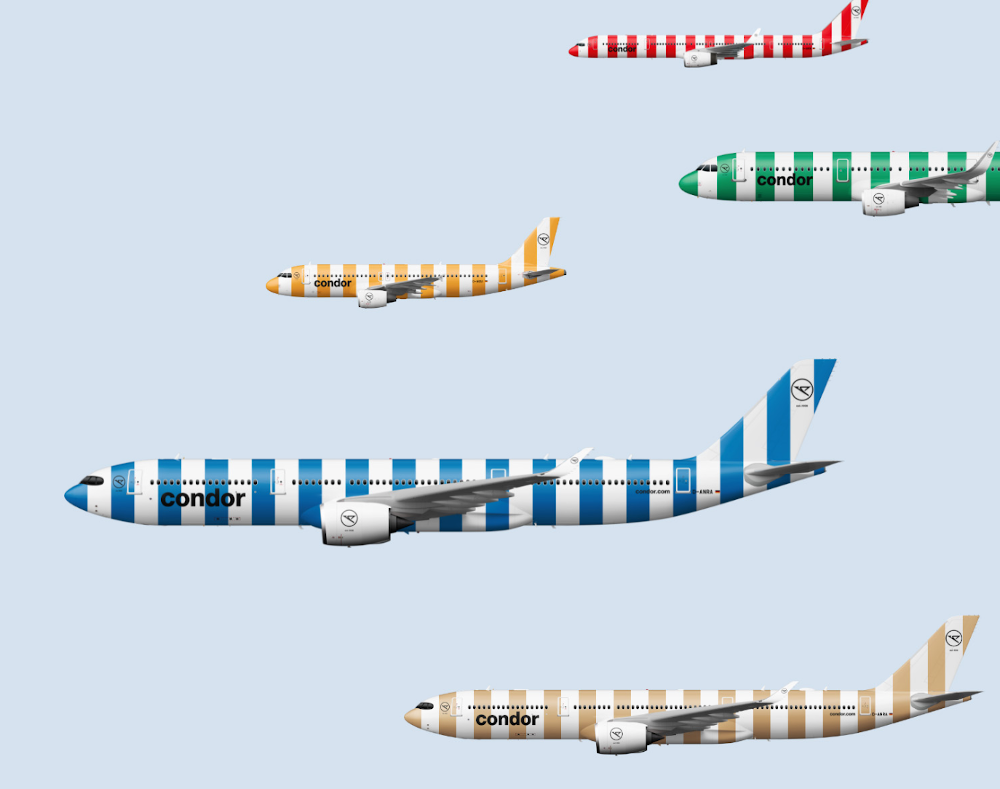 The replacement will run successively, with nothing of old design being disposed of, but everything being used up. Around 80 percent of the fleet is to be repainted by 2024, because new paint jobs are due anyway. Condor is thus choosing the most sustainable way to redesign its brand identity and fleet.

The new design was unveiled in Toulouse with the first A330neo, which will take off for Condor in the Fall. As early as tomorrow, the first Condor aircraft in the new look will be on route: the Airbus A321 with the registration D-AIAD will wear yellow stripes and fly to Lanzarote on April 5 at noon. In the upcoming weeks, 5 more Boeing 757 and Airbus A320/A321 aircraft will be repainted, so that 6 aircraft will be flying in the new design in the summer flight schedule. They will mainly fly to Mallorca, Greece, the Canary Islands and Egypt.