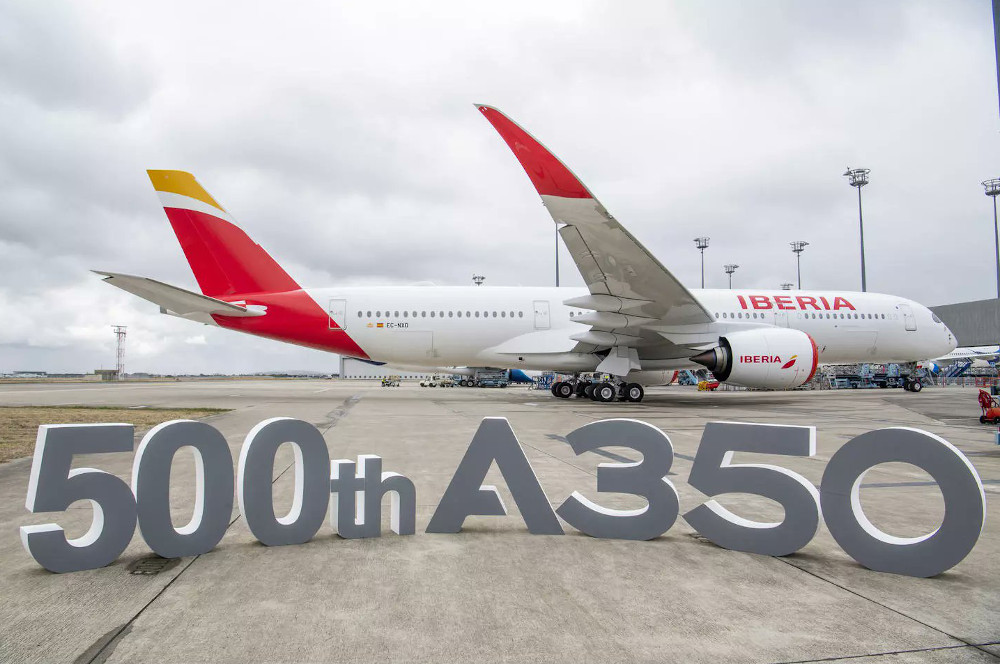 225 million passengers, more than 900 routes and over 400 orders in the backlog. At the end of September 2022, Airbus celebrates its 500th A350 delivery with an aircraft for Iberia. To date, the A350 Family flies in the liveries of 39 airlines on over 900 routes worldwide.

The 500th A350 – an A350-900 – was recently delivered to Iberia, a major European customer with 20 A350s on order and 14 in service. Beyond a symbol, the 500th A350 marks an important milestone for Airbus and its growing versatile family, now including the A350-900, the A350-1000 and the newest Airbus freighter A350F. With enhanced performance, 25% less fuel burn and CO2 emissions and 50% less noise footprint compared to previous generation aircraft, the A350 family continuously attracts operators 8 years after its entry-into-service offering both high versatility – up to 9,700nm/18 000 km – and efficiency. 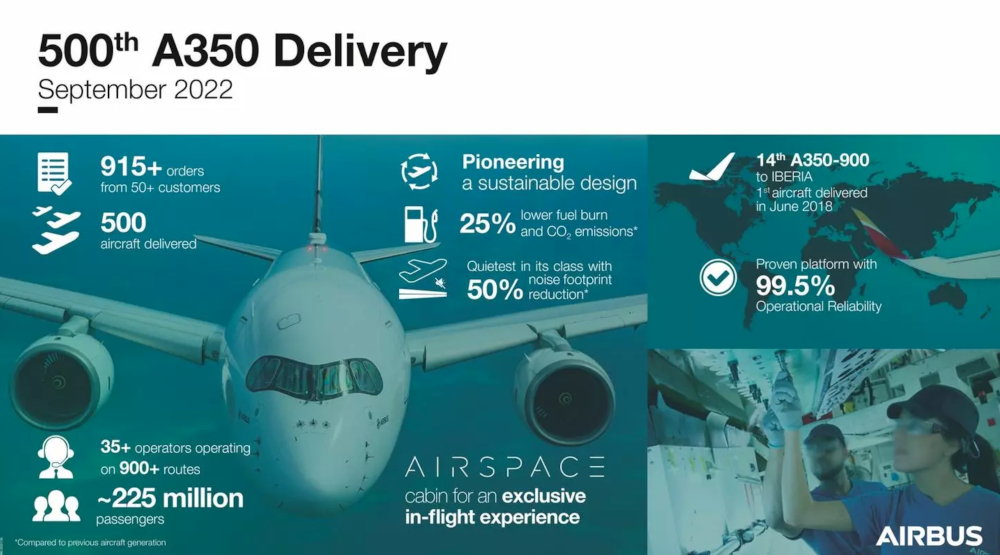 This 500th delivery also marks the introduction of the new Production Standard 2022 which brings additional performance and cabin improvements for both A350-900 and A350-1000. Compared to previous standards, it brings a weight reduction of up to 1.2 tonnes by optimising systems and structures and increasing the use of advanced materials which already represent more than 70% of the aircraft. The Maximum Takeoff Weight is also increased by 3 tonnes allowing each model to maintain its maximum range capability, beyond 8,000nm, while carrying an increased payload. The new standard comes with a wider interior cabin at armest level. This increase in cabin space allows airlines the flexibility to offer more than 30 additional seats in a typical 3-class configuration.