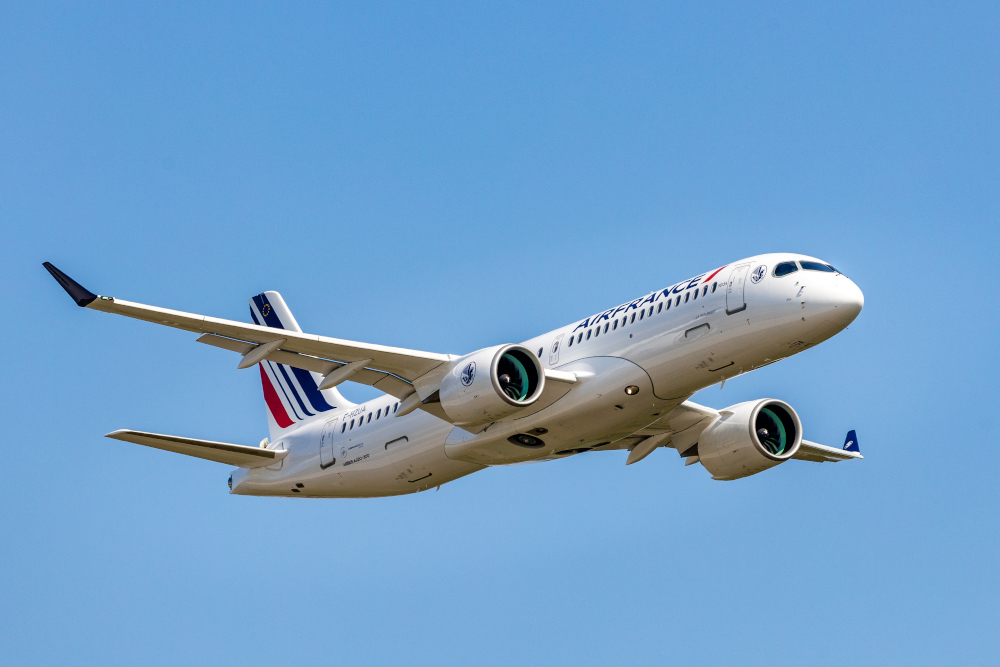 Air France has received its first A220-300 from an order for 60 aircraft of the type, the largest A220 order from a European carrier. The aircraft was delivered from Airbus’ final assembly line in Mirabel, Quebec, Canada and officially unveiled to the public during a ceremony held at Paris Charles-De-Gaulle Airport on September 29th. 5 more will be delivered to AF by the end of 2021.

#AirFrance unveils the latest jewel in its short and medium-haul fleet: watch the assembly of our very first #Airbus #A220 ✈️
Watch the long version here: https://t.co/Hlcz7ak2Ab !#AirFranceA220 #AvGeek pic.twitter.com/lA0e1FRADE

Air France’s A220-300 has 148 seats in a 3-2 layout. Offering superior single-aisle comfort, with the widest leather seats, largest windows and up to 20% more overhead stowage space per passenger, the Air France A220 also features full Wi-Fi connectivity throughout the cabin and two USB sockets at each passenger seat. As of the end of August, over 170 A220s have been delivered to 11 operators worldwide.

Today, @airfrance says "Bienvenue à l'#A220"! With the A220, Air France not only offers passengers widebody-like comfort, it also leverages the jet's high environmental credentials to support its sustainability goals. Wishing the "compagnie tricolore" every success with the A220! https://t.co/zKxC72GVqv pic.twitter.com/21cY6UvuvM

From 31 October 2021, @airfrance's @Airbus A220-300 will fly to Berlin, Barcelona, Madrid, Milan-Linate and Venice. During the 2021-2022 winter season, the aircraft will gradually extend its network to Bologna, Rome, Lisbon and Copenhagen. 2/2 @AirFranceFR @skyteam pic.twitter.com/e5KB94ZCZE