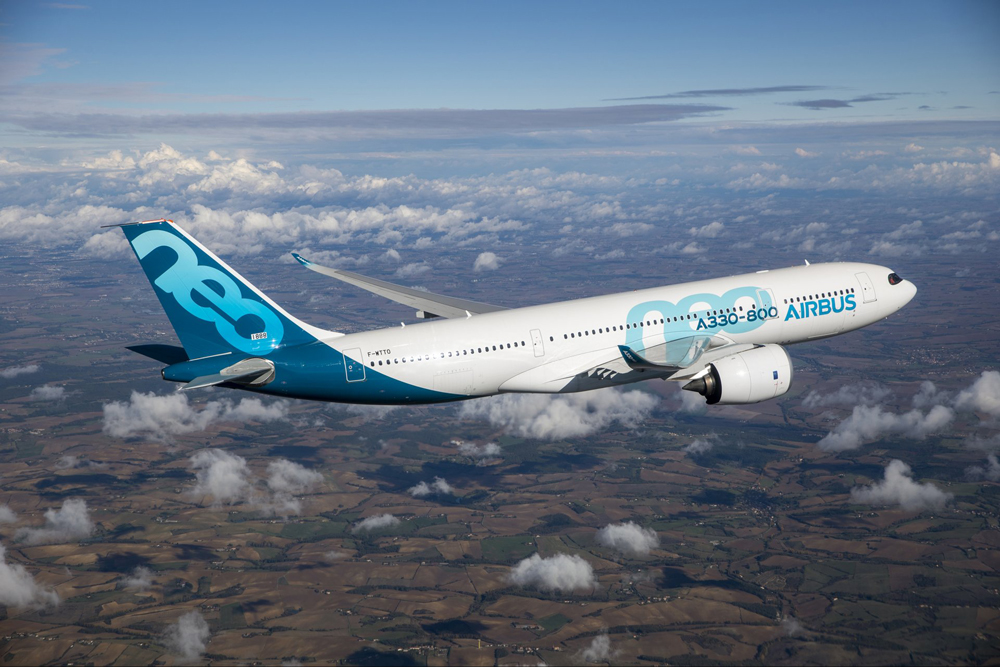 The A330-800 has received joint Type Certification from the European Aviation Safety Agency (EASA) and the Federal Aviation Administration (FAA). The aircraft’s certification flight-test campaign was successfully performed by aircraft MSN1888, which completed the programme in 370 flight test hours and 132 flights since its first flight in November 2018.

The A330-800, part of a new-generation A330neo family, is the most efficient longest range entry-level widebody and incorporates new Rolls-Royce Trent 7000 engines, a new 3D-optimised wing and new Sharklets using lighter composite materials. Together, these advances bring a significant reduction in fuel consumption of 25 per cent compared with older generation competitor aircraft of similar size. Certified initially with a maximum take-off weight (MTOW) of 242 tonnes for a range capability of up to 7,500 nautical miles, the A330-800 will typically seat 220 to 260 passengers in three classes, or up to 406 travellers in a single-class high-density configuration.

To date, the A330neo Family has won 337 firm orders from 22 operators. The A330-800 has been ordered by Kuwait Airways (8), Uganda Airlines (2), Air Greenland (1) and 4 orders from undisclosed customers. The A330 is the most popular widebody family ever, operating over one million flights every year. It has received over 1,800 orders from 120 customers with 1,400 A330s currently in operation today.

On-board the A330-800, passengers can expect the highest levels of comfort, with the aircraft featuring the award-winning Airspace by Airbus cabin with larger overhead storage, advanced cabin mood lighting and the latest in-flight entertainment and connectivity. Operationally, the A330neo shares a common pilot type-rating with the larger A350 XWB, which facilitates minimum flight training cost and maximum pilot productivity. Maintenance personnel will also benefit from the aircraft’s new Skywise data connectivity features which will help them to predict potential issues before they arise, thus ensuring maximum productivity of the aircraft in revenue service.