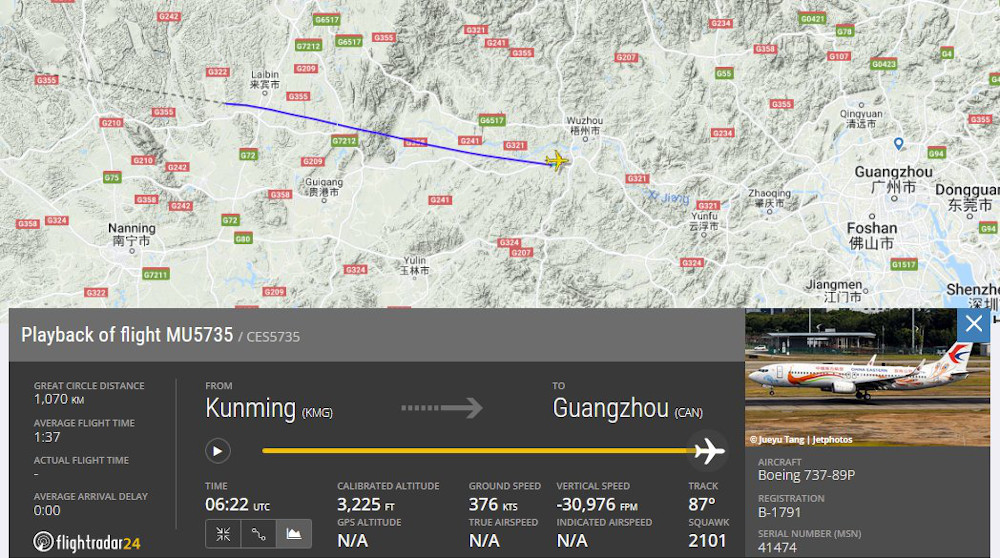 The Civil Aviation Administration of China (CAAC) has issued a statement regarding the crash. It confirms there were a total of 132 souls on-board. CAAC has initiated its protocols and special units were dispatched to the crash site.

The safety record of Chinese airlines are among one of the best in the world. CAAC has announced that Chinese airlines surpassed 100 million flight hours without fatal accidents. MU5735 is the first plane crash in China since 2010.

Follow us on twitter.com/AeronewsGlobal for more updates on this crash.

Flight #MU5735 was flying from Kunming to Guangzhou. It took off from Kunming at 05:11 UTC. It was cruising at 29.100 feet until 06:20:59 when it suddenly started to lose altitude very fast.https://t.co/Lwo8klGf8g pic.twitter.com/QRt7lNIuoM