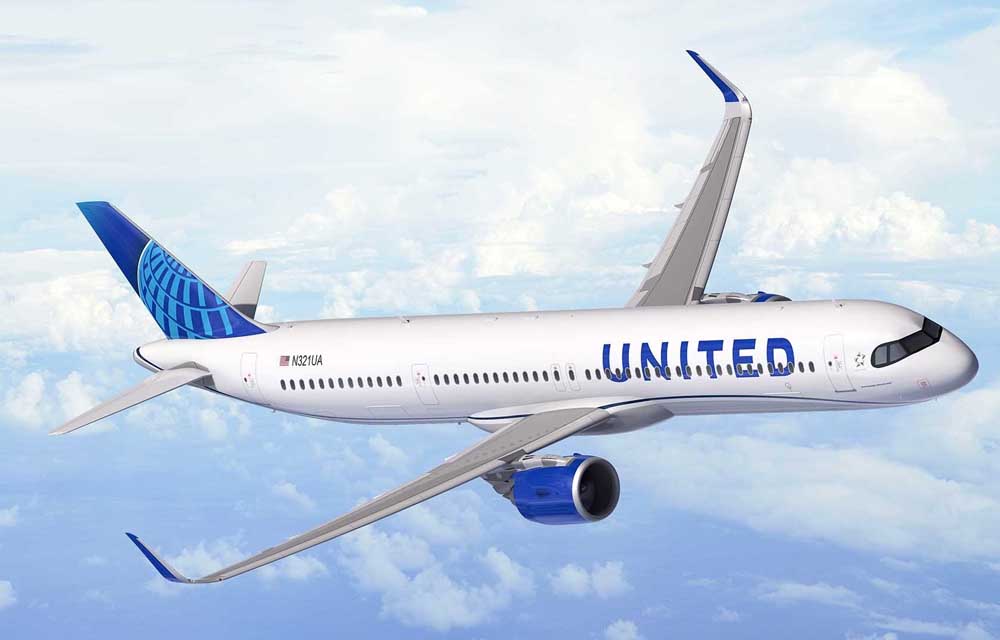 United Airlines announced an order for 50 Airbus A321XLR aircraft, enabling the carrier to begin replacing and retiring its existing fleet of Boeing 757-200 aircraft and further meet the airline’s operational needs by pairing the optimal aircraft with select transatlantic routes.

United plans to begin taking delivery of the Airbus A321XLR – which will have 170 seats – in 2024 and expects to begin international service with the aircraft in 2025. Additionally, United will defer the delivery of its order of 45 A350-900s until 2027 to better align with the carrier’s operational needs. The A321XLR aircraft will also allow United to explore serving additional destinations in Europe from its East Coast hubs in Newark/New York and Washington.

“The new Airbus A321XLR aircraft is an ideal one-for-one replacement for the older, less-efficient aircraft currently operating between some of the most vital cities in our intercontinental network,” said Andrew Nocella, United’s executive vice president and chief commercial officer. “In addition to strengthening our ability to fly more efficiently, the A321XLR’s range capabilities open potential new destinations to further develop our route network and provide customers with more options to travel the globe.”

“We are delighted to be re-United with our friends in Chicago and thank them for their trust. The selection of the A321XLR by the leadership of United Airlines is a ringing endorsement of the range, payload, and fuel efficiency that Airbus incorporated into this state-of-the-art aircraft,” said Christian Scherer, Airbus Chief Commercial Officer. “The exceptional versatility and performance of the A321XLR enable new operational efficiencies that flow to the airline’s bottom line.”

The next-generation A321XLR offers customers an elevated inflight experience and features modern amenities including LED lighting, larger overhead bin space and Wi-Fi connectivity. Additionally, the new aircraft lowers overall fuel burn per seat by about 30% when compared to previous generation aircraft, enabling United to further minimize its environmental impact as the carrier moves towards its ambitious goal of reducing its carbon footprint by 50% relative to 2005 levels by 2050.

The A321XLR will be operated by the same crew, powered by the same engines and have the same cabin as the A321neo, with more than 90 percent commonality. Combining the A321neo’s two rear center fuel tanks into one adds fuel capacity and reduces structural weight. Other significant changes include structural reinforcements and modified landing gears for the increased MTOW, increased braking capability, higher tire speed, and additional flap and slat configurations. At the end of October 2019, the A320neo Family had accumulated more than 7,000 firm orders from over 110 customers worldwide.