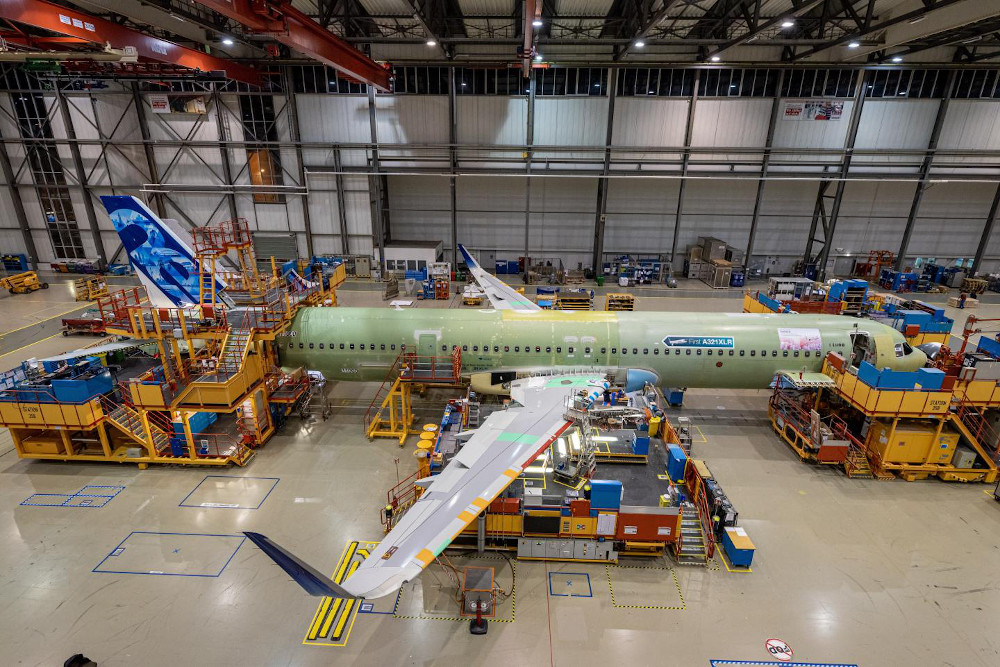 The very first A321XLR flight test aircraft, MSN11000, took a major step forward this week in becoming reality. This is the 1st of 3 planned development aircraft which will perform the flight testing and Type Certification programme starting in 2022, to pave the way for series production and entry into service in 2023.

Of the four A320 Family assembly lines in Hamburg, the one which is processing the first A321XLR is referred to as “FAL Line 2”, which is inside the “Hangar-9” building. The subsequent two A321XLR development aircraft – MSN11058 and MSN11080 – will follow in due course from the same assembly line.

From here MSN11000 will enter a working party to install its sophisticated flight-test-instrumentation (FTI) suite followed by installation of its CFM LEAP engines and nacelles. The engines will then be tested for the first time, as well as the landing gear retraction mechanism and the door fairings, followed by an overall quality inspection of the aircraft.

The next production step – the application of the aircraft’s external paint scheme – is the ‘icing on the cake’, shortly before the aircraft is handed over to the flight-test teams. Eager to take possession of their new machine for the first time, they will activate and run through a series of ground tests on all the systems, flight controls, engines and the APU. Then all being well, they will perform the taxiing runs and of course the first flight of the -XLR, which will take place next year.