The European Union closes its airspace for Russian airlines and aircraft 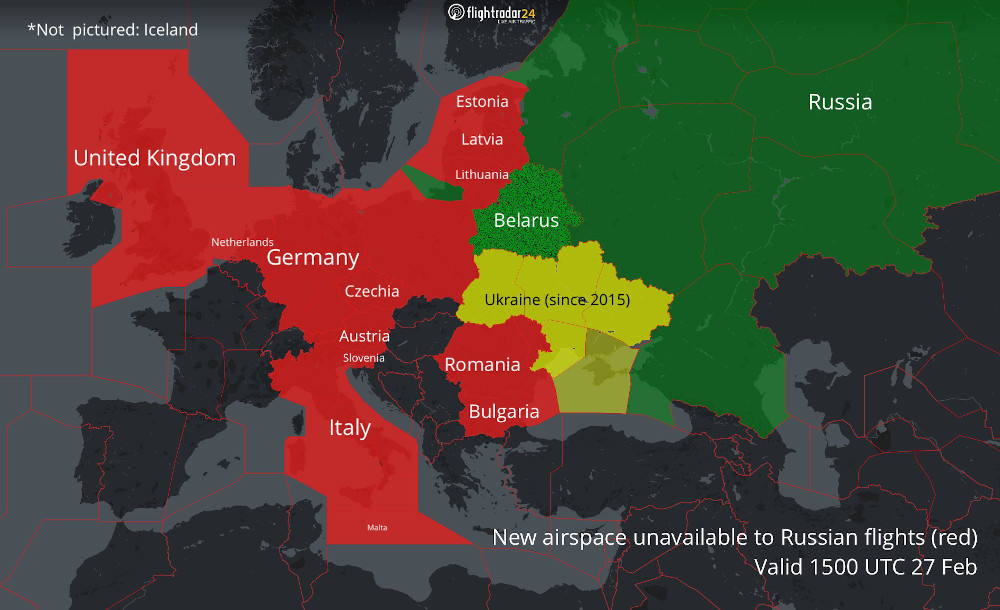 On Sunday afternoon, Ursula von der Leyen, President of the European Commission, has announced a series of measures against Russia following its invasion in Ukraine. Among them, the closure of EU’s airspace.

“As the war in Ukraine rages on, and Ukrainians fight bravely for their country, the European Union steps up once more its support for Ukraine and the sanctions against the aggressor: Putin’s Russia”, said von der Leyen.

She added: “We are shutting down the EU airspace for Russians. We are proposing a prohibition on all Russian-owned, Russian registered or Russian-controlled aircraft. These aircraft will no more be able to land in, take off or overfly the territory of the EU. This will apply to any plane owned, chartered or otherwise controlled by a Russian legal or natural person. So let me be very clear: our airspace will be closed to every Russian plane – and that includes the private jets of oligarchs.”

First, we are shutting down the EU airspace for Russian-owned, Russian registered or Russian-controlled aircraft.

They won’t be able to land in, take off or overfly the territory of the EU.

Including the private jets of oligarchs. pic.twitter.com/o551M9zekQ

Current published NOTAMs regarding prohibitions on Russian flights — adding Netherlands as of 1500 UTC.