TAP Air Portugal will fly with A321LR to Montreal, Boston and Maceio 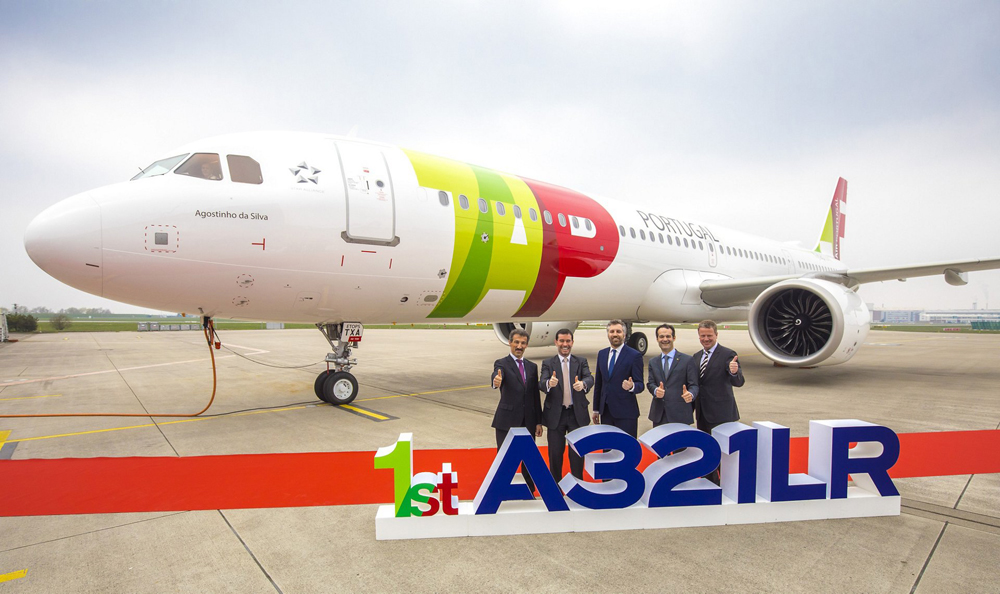 TAP continues to invest heavily in the Americas and expands its network of transatlantic destinations with the launch of 3 new routes: Maceió in Brazil, Montreal, Canada, and Lisbon-Ponta Delgada-Boston, all starting next year.

Canada’s second largest city is TAP’s newest North Atlantic destination. TAP will operate 6 weekly frequencies between Lisbon and Montreal. Flights depart to the new destination in North America from the Portuguese capital every day, except Wednesdays, at 2:55 pm and arrive in the Canadian city at 5:40 pm. And will be available for sale from November 25, with operations beginning next year.

In total, TAP will operate 82 weekly frequencies in the North American market next year, which represents a significant increase in supply compared to 2015, when the Company operated only 16 weekly frequencies. In Portugal, the Company will also increase the number of connections between Lisbon and Ponta Delgada, from 4 to 5 daily.

Ponta Delgada-Boston is one of the strategic routes that reinforce the Company’s growth in the North Atlantic. From 2020, Portugal will have, from Lisbon and Ponta Delgada, two direct routes to Boston, hub city of TAP partner JetBlue, which will allow the Portuguese company to carry even more passengers from various points of the US.

With these new connections and remaining supply increases, TAP expects to carry an additional 390,000 North Americans between Portugal and the North Atlantic next year, increasingly contributing to the national economy and the growth of the tourism. TAP currently carries close to one million passengers from North America to Europe. North America is already one of the Company’s three main international markets. From 2015 to October 2019, the total number of Customers transported to and from North America has increased by 250%.

In 2020, Maceió, capital of the northeast state of Alagoas, is the latest city in Brazil to be served by TAP’s new generation Airbus aircraft, thus becoming TAP’s 11th Brazilian destination. The route will have 3 weekly frequencies. Departures from Lisbon are at 17:15 with arrival at the Brazilian destination at 21:15, on Wednesdays, Fridays and Sundays.

Investment in the most modern, efficient and comfortable equipment, notably the introduction of the new A321LR aircraft, allows TAP to also increase frequencies for the cities of Natal and Belém, increasing from three to five flights per week for each one. TAP’s A321LR is an exceptionally efficient aircraft in terms of fuel consumption and reduced carbon emissions. The aircraft’s smaller size and lower trip costs permits TAP to operate profitability in smaller markets that cannot be regularly served by larger widebody aircraft.

“This aircraft, the A321 “LR”, which I occasionally claim stands for “Lisbon Range”, is a true game changer. The way to travel between Brazil and Europe is now more modern, efficient and environmentally friendly. With the departure of old airplanes, flights to and from Brazil are now operated exclusively by new or modern cabin interiors, which allow passengers to enjoy high levels of comfort, ”says Antonoaldo Neves, CEO of TAP. With the strengthening of the network in Brazil next year, TAP will operate in this market a total of 92 weekly frequencies, 15 more than in 2015. 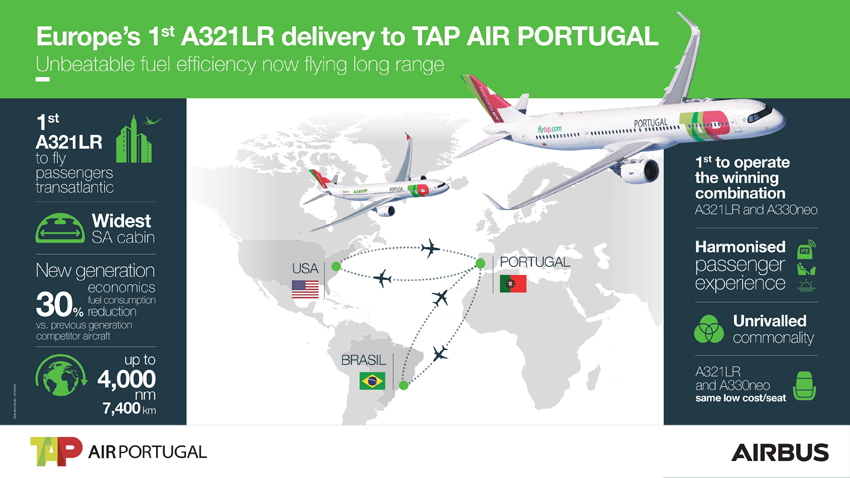