Over 450 orders and commitments for Airbus’ A321XLR in 6 months 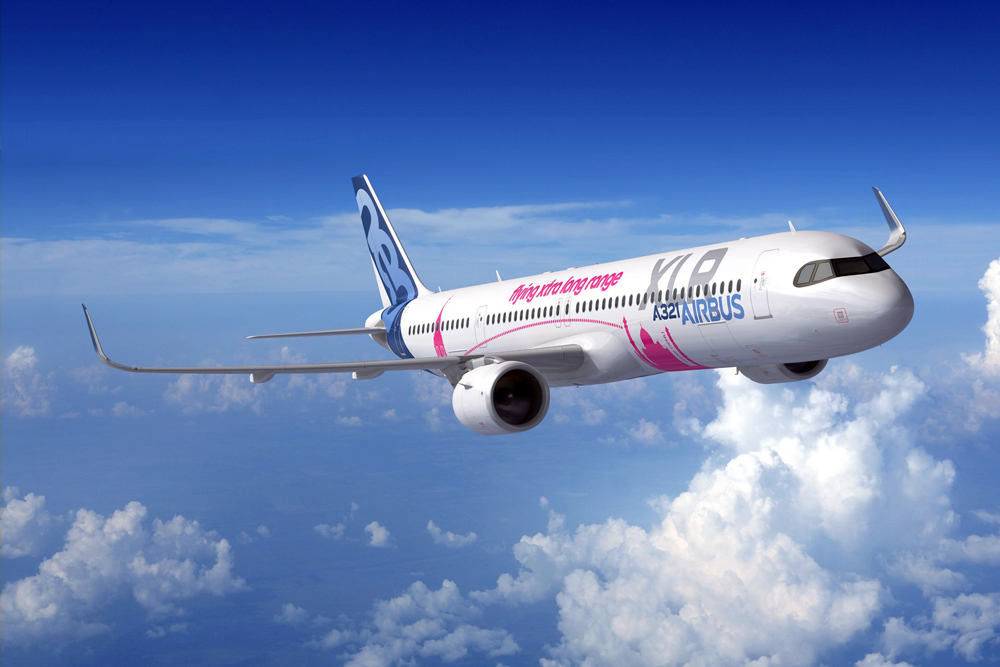 In the 6 months since Airbus officially launched its A321XLR at Paris Air Show 2019 in June, this Xtra-long-range version of the A320neo Family’s longest-fuselage aircraft has logged more than 450 orders and commitments from 22 operators and two lessors around the world.

Final assembly of the first A321XLR is planned for 2021, with the aircraft’s entry into airline service targeted in 2023. Current A321XLR customers range from such full-service and long-haul airlines as U.S.-based United Airlines and American Airlines, Australia’s Qantas Airways, Spain’s Iberia and Middle East Airlines of Lebanon; to more recent market entries as Vietnam’s Vietjet Air; and low-cost carriers that include Malaysia’s AirAsia X, Chile’s SKY, flynas of Saudi Arabia and the United Arab Emirates’ Air Arabia.

Airbus is developing the A321XLR in response to market needs for even more range and payload, delivering an unprecedented “Xtra Long Range” for single-aisle of up to 4,700 NM. This provides 15% additional reach on airline routes from the A321LR long-range variant currently in service, with 30% lower fuel burn per seat compared with previous-generation competitor aircraft. Together with Airbus’ A330neo, the A321XLR perfectly addresses the “middle of the market” (the gap between single-aisle aircraft and the smallest widebodies), and also enables Airbus to enhance the product coverage between its A220 and A320 single-aisle families and the widebody A330neo and A350 XWB.

According to Isabelle Bloy, the A321XLR’s engineering head, Airbus derived the aircraft from its A321LR variant – with the A321LR’s two added rear fuel tanks replaced by a permanent rear centre tank. Additionally, a forward additional centre fuel tank can be incorporated in the A321XLR. Other changes include strengthening in the fuselage and main landing gear, the incorporation of a modified inboard wing flap for improved low-speed performance, along with larger capacities for the aircraft’s water and waste tanks. 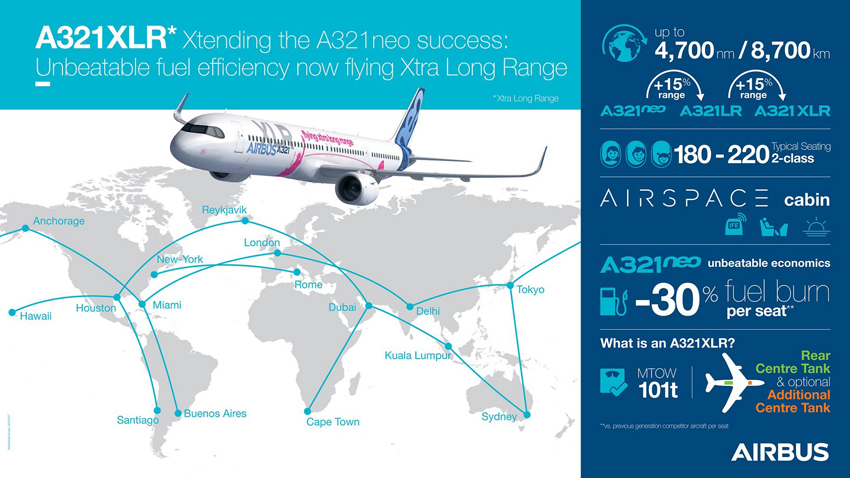