More and more airlines are avoiding Iranian and Iraqi airspace 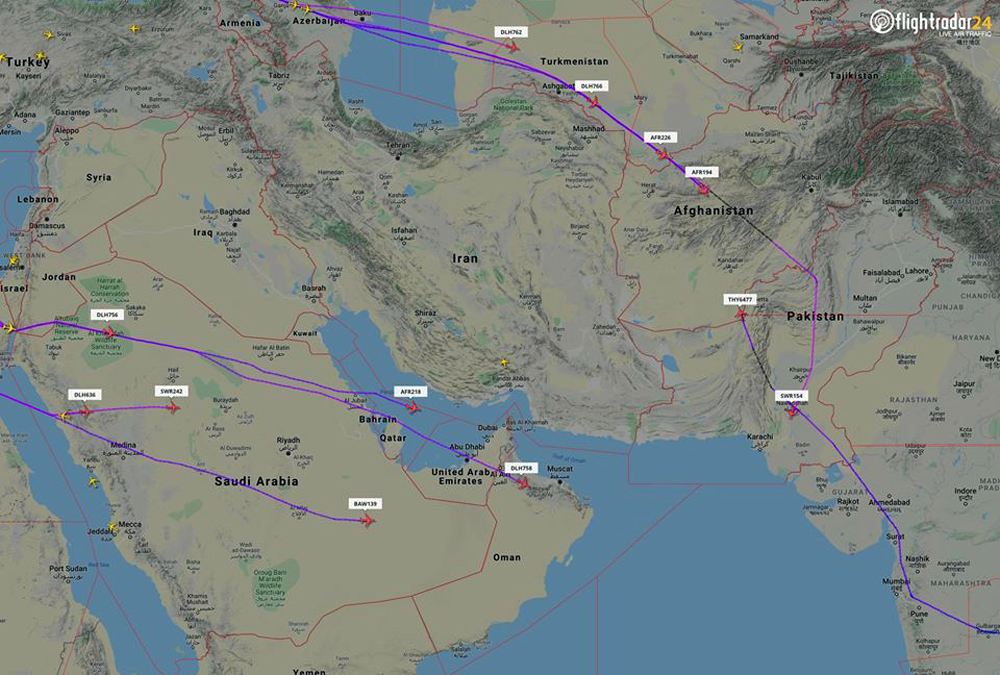 Following this morning’s Ukraine International Boeing 737-800 crash in Iran, flight PS752, and the heightened tensions in the area, several airlines have announced they won’t fly over Iranian and Iraqi airspace until further notice. Expect the list below to grow.

Turkish Airlines cancelled flights to Iraq and Iran for 24 hours, according to a company source, and it could extend the suspension beyond 18:00 GMT on Thursday. Turkey’s Pegasus suspended flights to Iraq and Iran temporarily. Russia’s aviation authority told its air carriers to avoid flights in the airspace of Iraq, Iran, the Gulf and the Gulf of Oman. Norwegian Air Shuttle said it was looking at alternative routes for its Dubai flights departing from Scandinavia later on Wednesday.

“As a precautionary measure and following news of air strikes underway, Air France has decided to suspend until further notice all flights through Iranian and Iraqi airspace,” an Air France representative stated. “KLM will not make use of Iranian or Iraqi airspace. Flights to a number of Southeast Asian destinations and destinations in the Middle East will be operated by using alternative routes. KLM will continue to monitor the region, and will stay in contact with authorities.”

Late on Tuesday, the FAA (Federal Aviation Administration) has issued NOTAMs outlining flight restrictions that prohibit U.S. civil aviation operators from operating in the airspace over Iraq, Iran, and the waters of the Persian Gulf and the Gulf of Oman.

Qantas also rerouting to avoid Iran and Iraq airspace. #QF9 and #QF10 between London and Perth seeing significant changes to their flight plans.

A selection of flights by European airlines routing around Iraq and Iran.

Track flights in the area and read the NOTAMs issued by the US FAA at https://t.co/RaH0ibnYJa pic.twitter.com/Sf2TYEFIjB

Airspace above Iran and Iraq at 11:00 UTC time