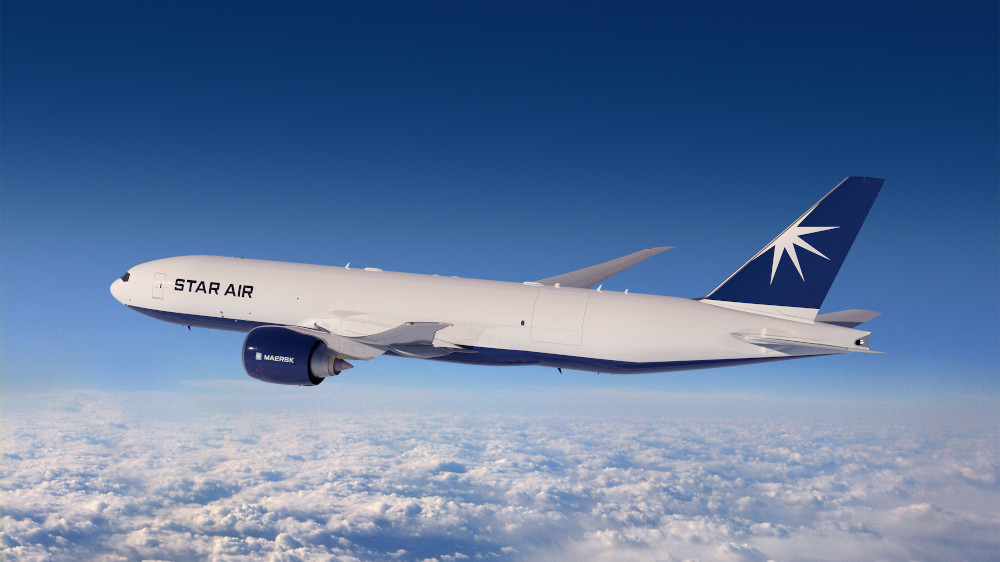 Maersk has placed an order for two Boeing 777 Freighters to be delivered in 2024. This is the company’s first 777 order. The freighters will be operated by Star Air, Maersk’s in-house aircraft operator. Star Air currently operates an all-Boeing 767 Freighter fleet.

“We are delighted to welcome Maersk’s Star Air to the Boeing family of 777 operators and look forward to many years of continued partnership as it grows its air cargo division,” said Ihssane Mounir, Boeing’s senior vice president of Commercial Sales and Marketing. “The market leading efficiency and incredible range of the 777 Freighter will provide Maersk flexibility to profitably operate the airplane across its large air freight network.”

The 777 Freighter is Boeing’s top-selling freighter of all time. Customers from around the world have ordered more than 300 777 Freighters since the program began in 2005. The 777 Freighter is the world’s largest, longest range and most capable twin-engine freighter. The airplane offers 17 percent better fuel efficiency and reduced CO2 emissions compared to legacy airplanes. With a range of 9,200 kilometers, the 777 Freighter can carry a maximum revenue payload of 102,000 kilograms, allowing Star Air to make fewer stops and reduce landing fees on long-haul routes.

Maersk is an integrated container logistics company working to connect and simplify its customers’ supply chains. As the global leader in shipping services, the company operates in 130 countries and employs approximately 80,000 people.