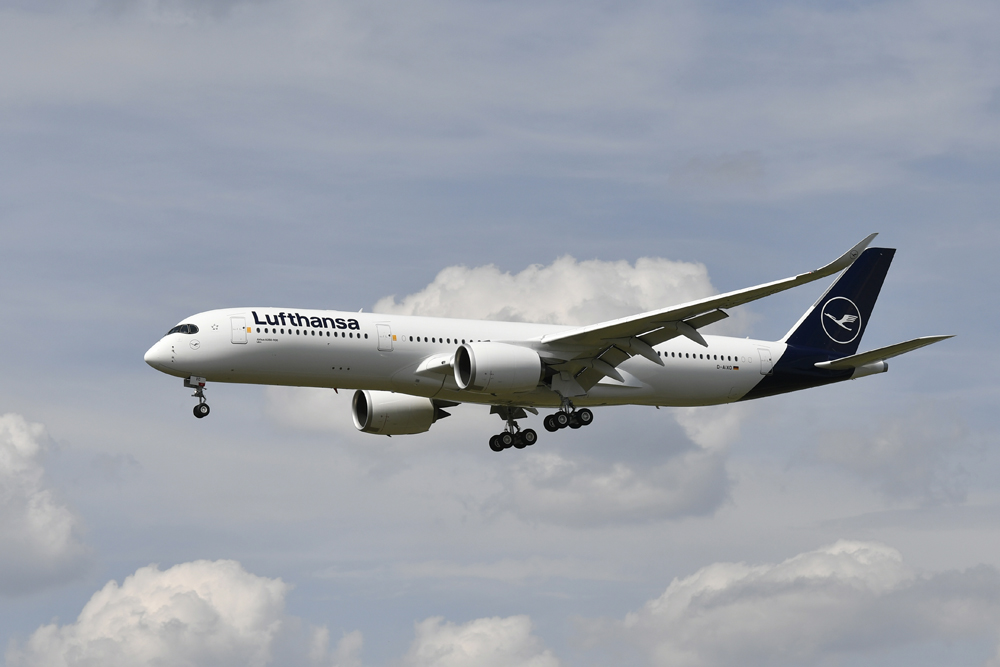 Off to Latin America! Lufthansa continues to expand its offer from Munich Airport. From now on, the Star Alliance member is including the connection to São Paulo in its Munich flight schedule again.

Three weekly connections with the Airbus A350-900 to the largest city in Brazil are planned. Flight number LH504 takes off in Munich on Mondays, Thursdays and Saturdays at 10:30 p.m. and arrives in São Paulo at 6:55 a.m. the following day. The return flight LH505 leaves the Brazilian metropolis at 6 p.m. local time and arrives in Munich at 9:35 the next morning. Lufthansa has 15 Airbus A350-900s in commercial service, configured 48 Business Class, 21 Premium Economy and 224 Economy seats.

Lufthansa Group now offers a total of 17 weekly connections from Europe to São Paulo. “We are pleased to connect São Paulo with our premium hub in Munich again. For the first time ever, Lufthansa is using the Airbus A350-900 on flights to South America – the most modern and environmentally friendly long-haul aircraft in the world,” says Markus Binkert, CCO Hub Munich & Senior Vice President Marketing.

São Paulo is the most important economic, financial and cultural center of Brazil and the largest industrial conurbation in Latin America. 21 million people live in the Grande São Paulo metropolitan area, making São Paulo one of the largest cities in the world.