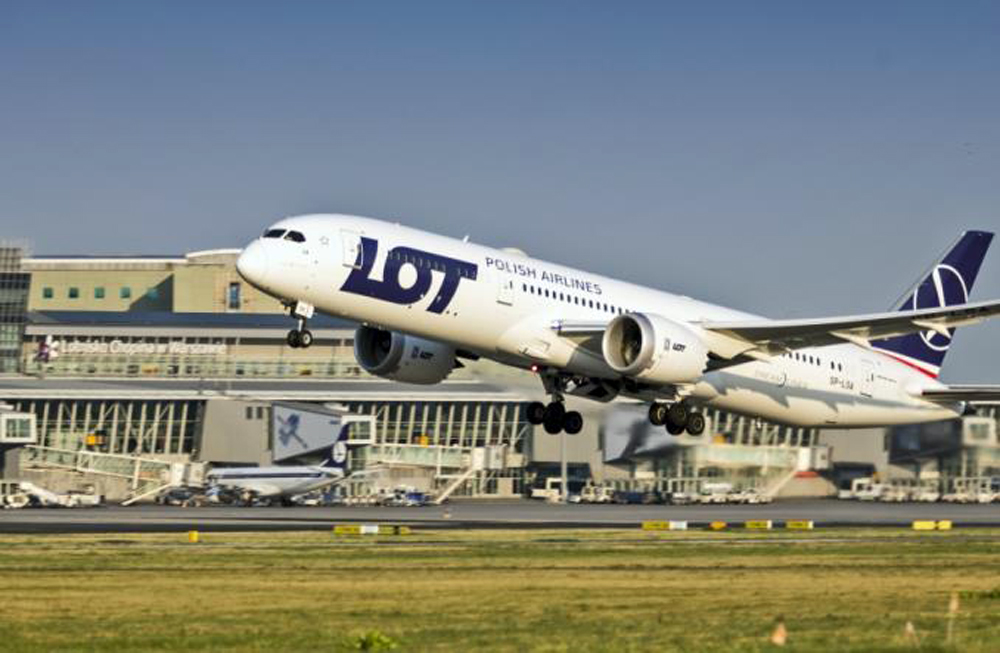 After the introduction of travel restrictions to Europe by the US Administration, LOT Polish Airlines has decided to suspend its flights to Los Angeles, Miami and Newark. However, LOT will continue to fly from Warsaw to New York JFK and Chicago and from Krakow to Chicago.

The Warsaw – Miami, Warsaw – Newark, Warsaw – Los Angeles and Budapest – New York (JFK) connections are suspended from Saturday, March 14 to April 13. In addition, the connection from Warsaw to Oslo is suspended from March 13 to March 27. The resumption of flights between Rzeszów and Newark is slightly delayed by three weeks until April 20, 2020.

Other flights to the USA, such as Warsaw to New York and Chicago and Krakow to Chicago will be carried out according to the planned timetable. Photo: Lotnisko Chopina Info via Rynek Lotniczy