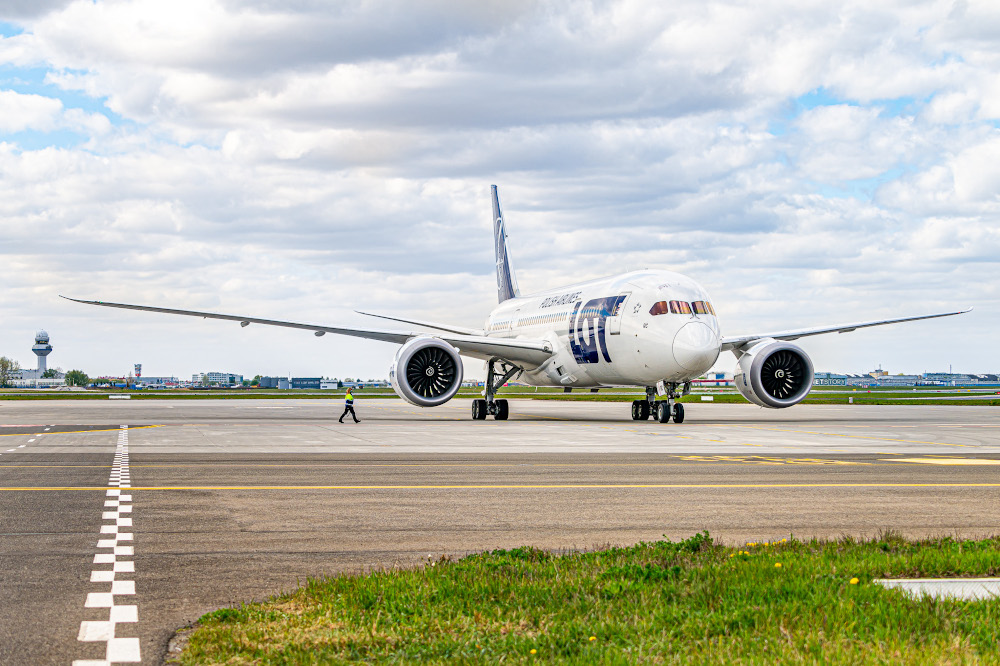 On July 1st, LOT Polish Airlines resumed its first international flights since the suspension of passenger flights in mid-March. As of this month, LOT’s route network will include the first long-haul flights to Canada, South Korea and Japan, as well as flights to the UK, Albania, Montenegro and Ukraine.

The first passengers flew on-board LOT planes to Berlin, Amsterdam, Düsseldorf, Barcelona, Prague, Budapest, Vilnius, Kiev, Dubrovnik and Split yesterday. As of today, they will be joined by travellers flying to Vienna and Oslo. From July 3rd, the summer campaign #LOTnaWakacje begins and passengers can start planning their trips outside Europe as well. In accordance with the current administrative regulations, LOT’s passenger flight schedules will be extended to the  new destinations as of July. LOT will take passengers to three cities in North America and Asia:

All long-haul flights will be operated from Warsaw’s Chopin Airport. In addition, LOT will also launch a Budapest-Seoul connection, once a week from July 20th. Tickets for long-haul flights are now available in the booking systems and on lot.com.

With the new long-haul flights, LOT’s international flight schedule for July and August will cover more than 70 popular destinations, with more than 30 offered as part of the #LOTnaWakacje campaign. A full network of about 250 flights per week is available from Warsaw’s Chopin Airport. Passengers can conveniently reach the capital city using about 30 LOT domestic flight connections available every day. Flights offered as part of the #LOTnaWakacje summer campaign also include regional airports – passengers travelling from Cracow, Wroclaw, Poznan, Gdansk, Szczecin, Rzeszow, Bydgoszcz, Katowice and Lublin will benefit from direct flight  connections to selected holiday destinations.

This is not the end of the new flight routes in the LOT network. Four short-haul flights will also return to the schedule in July:

“The current situation forces us to adapt to the new reality such as national administrative regulations, international restrictions and security procedures. After several months of suspension of air connections, we at LOT are working intensively on restoring full operational capacity. Currently, passengers can already use the offer of about 250 flights per week and this number is still growing. Just a few weeks after the resumption of passenger flights within Poland, we have restored almost 70% of the destinations planned for 2020, including several dozen international flights and the first long-haul flights. We want our passengers to be able to fly more, farther and more comfortably. This is now the main objective of our operational activities,” said Rafał Milczarski, CEO of LOT Polish Airlines.

“Despite the pandemic restrictions in effect, we are expanding our flight network route from week to week, complementing the resumed domestic and international flights with popular holiday destinations and now also with long-haul flight connections. The first sales’ figures show that Poles want to go on vacation and will be happy to spend their time abroad. Within a week from the start of the #LOTnaWakacje campaign, the biggest summer campaign in the history of LOT Polish Airlines, we sold over 130,000 seats to individual passengers and tour operators. Many flight connections have already been sold out, and we plan to increase the frequency on selected routes. At the same time, there is great interest in new connections, which we have not offered so far from Warsaw”, stated Michał Fijoł, LOT Polish Airlines Board Member, Chief Commercial Officer. Photo: LOT.