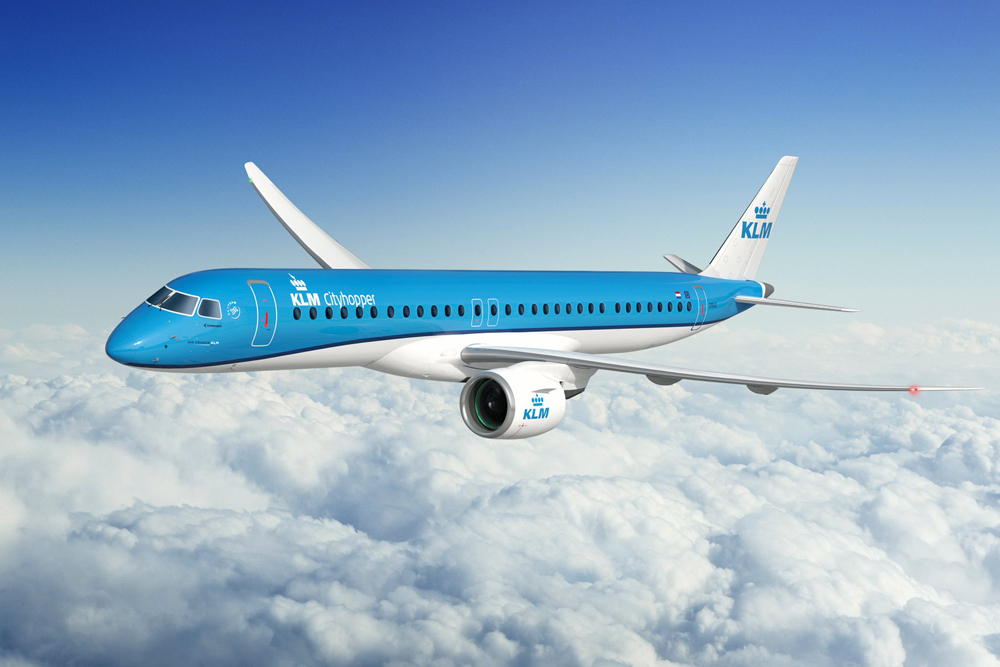 Embraer and KLM Cityhopper have signed a firm order for 21 E195-E2 aircraft, plus 14 purchase rights. The order was previously announced as a Letter of Intent for 15 firm orders with 20 purchase rights at Paris Air Show in June.

KLM will configure the aircraft with 132 seats. Deliveries will begin in the first quarter of 2021. The 21 firm positions will be acquired via operating lease from Embraer lessor partners Aircastle and ICBC Aviation Leasing. With all purchase rights exercised the deal would have a value of USD 2.48 billion. The aircraft for this order will come from the existing backlogs of lessors Aircastle and ICBC Aviation Leasing; each providing KLM with 11 and 10 E195-E2s, respectively.

“KLM’s decision to add a further six aircraft to this order is a significant vote of confidence in our E2 programme”, said John Slattery, President and CEO, Embraer Commercial Aviation. “Delivering 30% lower emissions when compared to KLM’s current E190s, yet still providing a further 32 seats, the E195-E2 will simultaneously increase capacity for KLM at slot constrained Schiphol Airport, while also delivering huge reductions in emissions.” KLM President & CEO Pieter Elbers, said, “For KLM this aircraft is a significant part of our commitment to improving our environmental impact. Not only is the E195-E2 the most fuel efficient lowest emission aircraft in its class, it is also the quietest by a considerable margin – a huge benefit for both our communities and our passengers.”