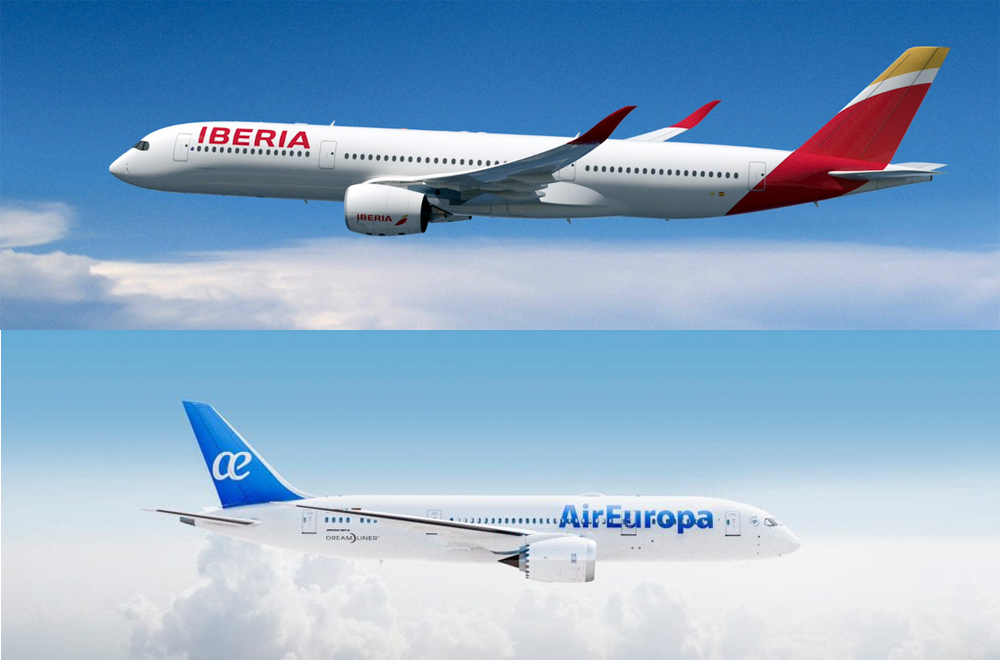 Today, IAG announced that definitive transaction agreements have been signed under which Iberia has agreed to acquire the entire issued share capital of Air Europa for €1 billion. The completion is expected to take place in the second half of 2020. The Air Europa brand will initially be retained and the company will remain as a standalone profit centre within Iberia run by Iberia CEO Luis Gallego.

Commenting on today’s announcement, Willie Walsh, Chief Executive of IAG, said: “Acquiring Air Europa would add a new competitive, cost effective airline to IAG, consolidating Madrid as a leading European hub and resulting in IAG achieving South Atlantic leadership, therefore generating additional financial value for our shareholders. IAG has a strong track record of successful acquisitions, most recently with the acquisition of Aer Lingus in 2015 and we are convinced Air Europa presents a strong strategic fit for the group.”

Javier Hidalgo, Chief Executive of Globalia:“For Globalia, the incorporation of Air Europa to IAG implies the strengthening of the company’s present and future that will maintain the path followed by Air Europa in the last years. We are convinced that the incorporation of Air Europa to a group such as IAG, who over all these years has demonstrated its support to the development of airlines within the group and the Madrid hub, will be a success”.

Luis Gallego, Chief Executive of Iberia, said: “This is of strategic importance for the Madrid hub, which in recent years has lagged behind other European hubs. Following this agreement, Madrid will be able to compete with other European hubs on equal terms with a better position on Europe to Latin America routes and the possibility to become a gateway between Asia and Latin America.”

Air Europa is one of the leading private airlines in Spain, operating scheduled domestic and international flights to 69 destinations, including European and long-haul routes to Latin America, the United States of America, the Caribbean and North Africa. In 2018, Air Europa generated revenue of €2.1 billion and an operating profit of €100 million. It carried 11.8 million passengers in 2018 and ended the year with a fleet of 66 aircraft.

The Board of IAG believes that the transaction would:

The managements of IAG and Iberia anticipate opportunities to unlock value through the acquisition across 3 key areas:

The Acquisition is expected to generate cost synergies across selling, general and administrative expenses, procurement, handling and distribution costs with full run-rate synergies to be achieved by 2025. IAG expects implementation costs to be phased over the same period.