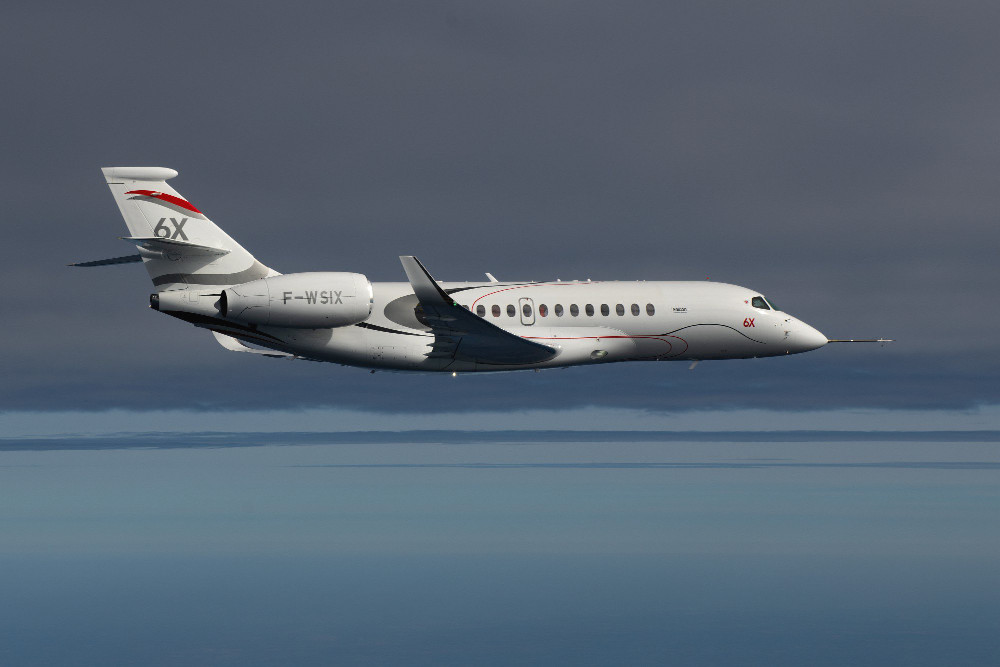 On March 10th, the first Falcon 6X (MSN01) successfully completed its maiden flight, which lasted 2 hours and 30 minutes. With test pilots Bruno Ferry and Fabrice Valette at its controls, F-WSIX lifted off from Dassault Aviation’s Mérignac plant near Bordeaux at 2:45 PM.

During the flight, the pilots have tested the aircraft’s handling qualities, Pratt & Whitney PW812D engine response and the behaviour of key aircraft systems. The aircraft topped out at 40,000 ft and reached a speed of M0.8 before returning to its base. MSN01’s next flight will combine test activities with a hop to Istres, near Marseille, where the Dassault flight test center is located and the bulk of the testing program will take place. MSN02 and MSN03 are scheduled to take to the air in the coming months. 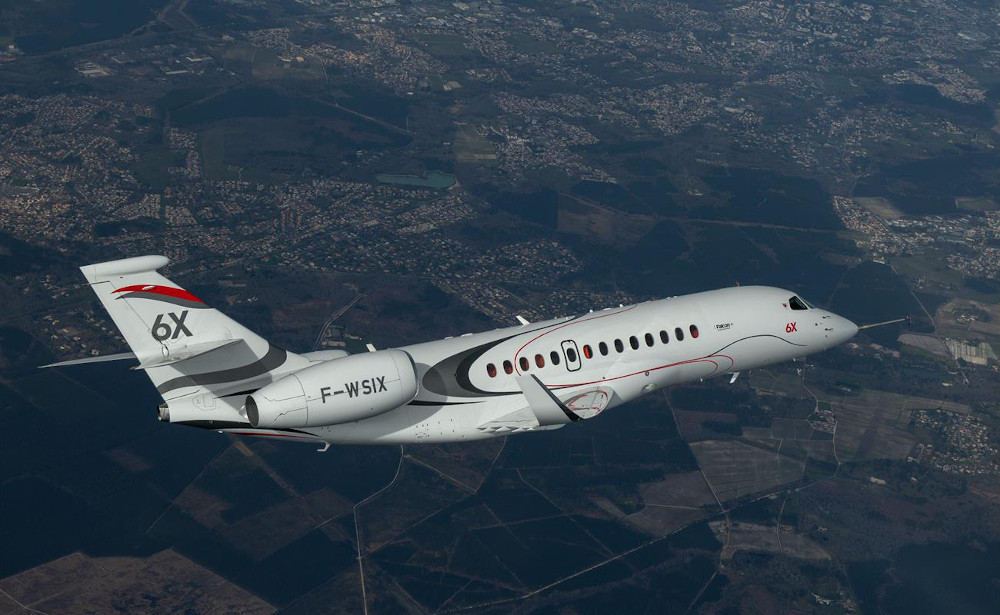 “The 6X flew exactly as predicted by our models. From a pilot’s perspective, it flies like a Falcon, which is to say with perfect precise handling in all phases of flight,” said Ferry. “Fabrice and I are honoured to have made the latest first flight in another fantastic Falcon.”

“Today’s flight is another milestone in Dassault history, made all the more satisfying by the remarkable efforts of the entire Dassault organization and its partners over the challenging past year,” said Dassault Aviation Chairman / CEO Eric Trappier. “We dedicate today’s achievement to Olivier Dassault, who died tragically on Sunday,” continued Trappier. “Olivier was a Falcon pilot who perfectly embodied his family’s boundless passion for aviation.” 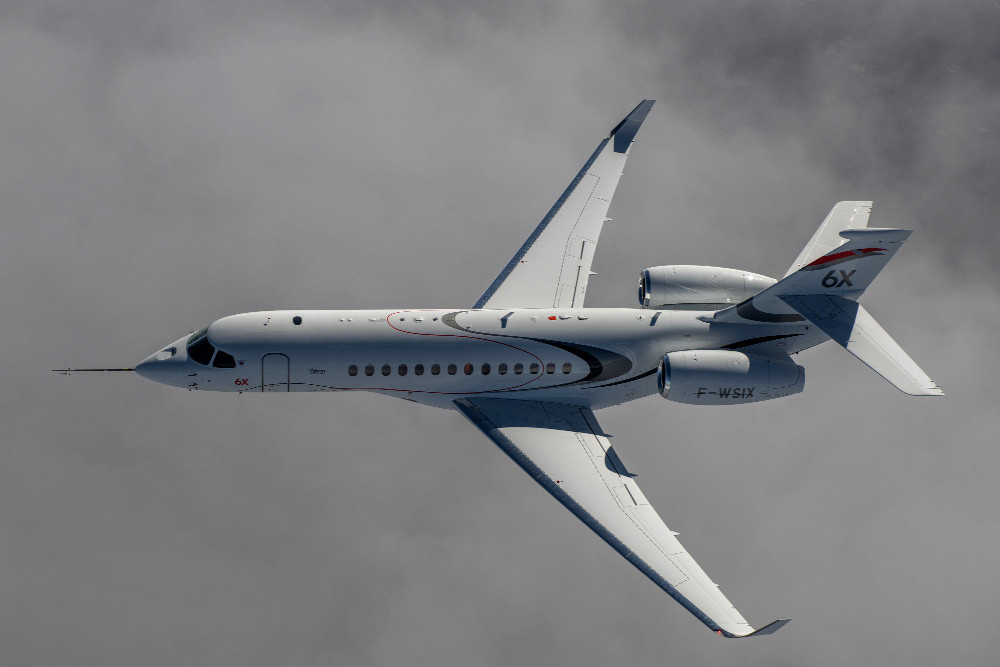 The Falcon 6X will set a new standard for widebody comfort, with the tallest and widest cabin in business aviation. Measuring six feet, six inches in height and eight feet, six inches in width, the 6X will be the first ultra-widebody purpose-built business jet in the industry. With an intercontinental range of 5,500 nm, the aircraft will fly from London to Hong Kong or Los Angeles to Moscow nonstop. And it will feature an advanced version of the pioneering digital flight control system first introduced on the Falcon 7X and further refined on the Falcon 8X.

Dassault’s revolutionary FalconEye combined vision system will be standard on the 6X, providing enhanced safety and situational awareness on approaches in darkness or poor weather. The 6X will also be the first Falcon equipped with the FalconScan advanced diagnostics system, which monitors and reports on 100,000 maintenance parameters. And as with all Falcons, it will offer superior operating flexibility, thanks to its unparalleled performance on steep approaches to short runways.

AIR-TO-AIR with Dassault Aviation's #Falcon6X on its first flight, March 10th. The 6X will offer the tallest and widest…

THE first flight of Dassault Aviation's #Falcon6X operated on Wednesday was dedicated to Olivier Dassault, who died…