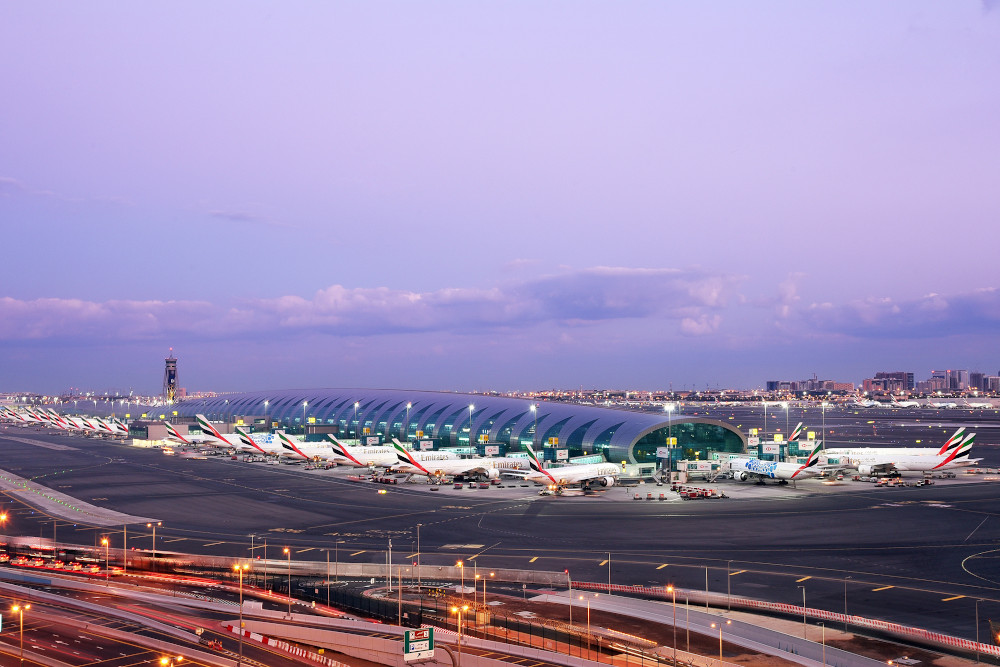 Today, the Emirates Group announced its 32nd consecutive year of profit, against a drop in revenue mainly attributed to reduced operations during the planned DXB runway closure in the first quarter, and the impact of flight and travel restrictions due to the COVID-19 pandemic in the 4th quarter.

In 2019-20, the Group collectively invested AED 11.7 billion (US$ 3.2 billion) in new aircraft and equipment, the acquisition of companies, modern facilities, the latest technologies, and employee initiatives, a decrease following last year’s record investment spend of AED 14.6 billion (US$ 3.9 billion). It also continued to invest resources towards supporting communities, environmental initiatives, as well as incubator programmes that nurture talent and innovation to support future industry growth.

At the 2019 Dubai Air Show in November, Emirates placed a US$ 16 billion order for 50 A350 XWBs, and a US$ 8.8 billion order for 30 Boeing 787 Dreamliner aircraft. With first deliveries expected in 2023, these new aircraft will add to Emirates’ current fleet mix, and provide deployment flexibility within its long-haul hub model. In line with Emirates’ long-standing strategy to operate a modern and efficient fleet, these new aircraft will also keep its fleet age well below the industry average.

Across its more than 120 subsidiaries, the Group’s total workforce remained nearly unchanged with 105,730 employees, representing over 160 different nationalities. Emirates’ total passenger and cargo capacity declined by 8% to 58.6 billion ATKMs at the end of 2019-20, due to the DXB runway closure capacity restrictions and COVID-19 impact with a complete suspension of passenger services as directed by the UAE government during March 2020.

Emirates received six new aircraft during the financial year, all A380s. During 2019-20, Emirates phased out six older aircraft comprising of four Boeing 777-300ERs, its last 777-300 and one Boeing 777 freighter leaving its total fleet count unchanged at 270 at the end of March. Emirates’ average fleet age remains at a youthful 6.8 years. It reinforces Emirates’ strategy to operate a young and modern fleet, and live up to its “Fly Better” brand promise as modern aircraft are better for the environment, better for operations, and better for customers.

During the year, Emirates launched three new passenger routes: Porto (Portugal), Mexico City (Mexico) and Bangkok-Phnom Penh. It also supplemented its organic network growth with a new codeshare agreement signed with Spicejet that will provide Emirates customers with more connectivity options in India. Additionally, Emirates expanded its global connectivity and customer proposition through interline agreements with: Vueling, adding connections to over 100 destinations around Europe via Barcelona, Madrid, Rome and Milan; with Turkish low-cost airline Pegasus Airline (PC), offering customers connections onto selected routes on PC’s network; and with Interjet Airlines, opening new routes for passengers travelling between Mexico, the Gulf and Middle East and beyond.

Emirates also marked two years of successful strategic partnership with flydubai. Over 5.3 million passengers have benefitted from seamless connectivity on the Emirates and flydubai network since both Dubai-based airlines began their partnership in October 2017.

While Emirates recorded a very strong revenue performance during its 2nd and 3rd quarters of 2019-20, the DXB runway closure and COVID-19 crisis in the other quarters impacted its total revenue for the financial year with a decline of 6% to AED 92.0 billion (US$ 25.1 billion). The relative strengthening of the US dollar against currencies in many of Emirates’ key markets had an AED 963 million (US$ 262 million) negative impact to the airline’s bottom line, a substantial increase compared to the previous year’s negative currency impact of AED 572 million (US$ 156 million).

Total operating costs decreased by 10% over the 2018-19 financial year. The average price of jet fuel declined by 9% during the financial year after last year’s 22% increase. Including a 6% lower uplift in line with capacity reduction, the airline’s fuel bill declined substantially by 15% over last year to AED 26.3 billion (US$ 7.2 billion) and accounted for 31% of operating costs, compared to 32% in 2018-19. Fuel remained the biggest cost component for the airline.

Overall passenger traffic declined, as Emirates carried 56.2 million passengers (down 4%). With seat capacity down by 6%, the airline achieved a Passenger Seat Factor of 78.5%. The positive development in passenger seat factor compared to last year’s 76.8%, reflects the airline’s successful capacity management and positive travel demand across nearly all markets up until the outbreak of COVID-19 in the last quarter.

An increase in market fares and a favourable route mix was completely offset by the strengthening of the US dollar against most currencies and left the passenger yield unchanged at 26.2 fils (7.1 US cents) per Revenue Passenger Kilometre (RPKM). Emirates SkyCargo continued to deliver a solid performance in a highly competitive market, contributing to 13% of the airline’s total transport revenue.

With the lingering weakness in air freight demand over most of the year, Emirates’ cargo division reported a revenue of AED 11.2 billion (US$ 3.1 billion), a decrease of 14% over last year.
Freight yield per Freight Tonne Kilometre (FTKM), after two consecutive years of growth, declined by 2%, largely impacted by the reduction in fuel price, and a strong US dollar. Tonnage carried decreased by 10% to reach 2.4 million tonnes, due to the capacity reduction with the retirement of one Boeing 777 freighter and reduced available bellyhold capacity in the first and last quarters of the year. At the end of 2019-20, Emirates’ SkyCargo’s total freighter fleet stood at 11 Boeing 777Fs.

Emirates SkyCargo continued to develop innovative, bespoke products. In October, it launched Emirates Delivers, an e-commerce platform that helps individual customers and small businesses consolidate online purchases in the US and have them delivered in the UAE. More origin and destination markets are being planned in the future, leveraging Dubai as a hub for regional e-commerce fulfilment. During the year, Emirates Skycargo also strengthened its pharma capabilities with the opening of new facilities in Chicago and Copenhagen.