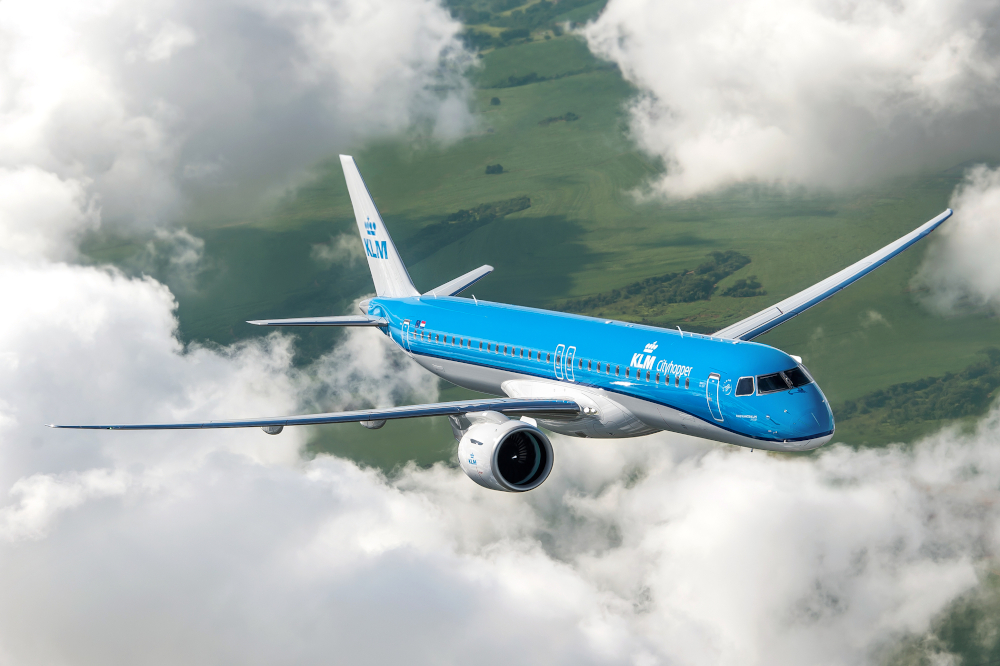 Today, KLM Cityhopper, the regional subsidiary of KLM Royal Dutch Airlines, received their first Embraer E195-E2 (PH-NXA) in a ceremony at Embraer’s facility in Brazil. This first E2 delivery to KLM, and lessor ICBC Aviation Leasing, brings the total number of Embraer jets in the KLM Cityhopper fleet to 50.

The total order for 35 jets, 25 firm orders with options for 10 more, will be leased to KLM from ICBC Aviation Leasing (10) and Aircastle (15). KLM recently exercised four options increasing the firm order from 21 to 25 jets, with the further four aircraft coming from Aircastle’s existing order-book. The E195-E2 is the 50th E-Jet to join the KLM Cityhopper fleet of 17 first-generation E175s and 32 E190s. The new E195-E2 is configured with 132 seats – 20 in Business Class, eight in Economy Comfort, and 104 in Economy Class.

“The new E2 is really going to make a difference,” said Warner Rootliep, Managing Director of KLM Cityhopper. “The addition of the E195-E2 to our fleet is a vital part of our plan to reduce our carbon footprint at least 50% per pax/km by 2030. The 195-E2 is not only an economically attractive aircraft, it also fits perfectly within our sustainability initiative – ‘Fly Responsibly’. We are now more than ever committed to reducing the impact of our environmental and ecological footprint. Fleet renewal is currently the largest contributor to CO2 reduction.”

“This amazing aircraft dressed in the famous blue of KLM, delivers a new level of sustainability because of its low emissions and noise levels.” said Arjan Meijer, President and CEO of Embraer Commercial Aviation. “It’s the cleanest and quietest single aisle aircraft on the market today. KLM leads the airline industry in bold climate initiatives. KLM’s decision to choose the Embraer E2 is a powerful endorsement of the E2’s role in achieving those environmental goals.” 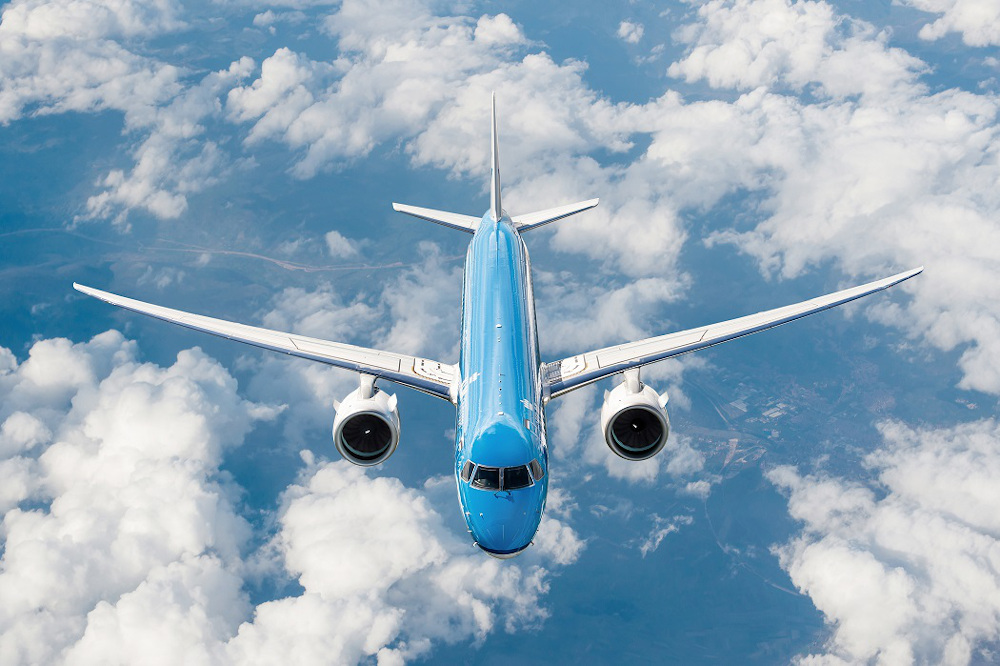 The E195-E2, Embraer’s new generation aircraft, is specifically designed to cut emissions and noise pollution. The E2’s environmental credentials are impressive; the E195-E2 delivers a 31% reduction in carbon emissions per seat over KLM Cityhopper’s first-generation E190s. Noise pollution is also dramatically reduced; the noise footprint is over 60% smaller – a critical measure at Amsterdam Schiphol Airport which has strict noise abatement rules. The E2’s low external noise level is already well below planned future ICAO limits. Carbon emissions are almost 10% lower per trip and 31% lower per seat. In a typical year, each E195-E2 will emit 1,500 fewer tons of carbon pollutants.

Posted by Aeronews on Wednesday, February 24, 2021