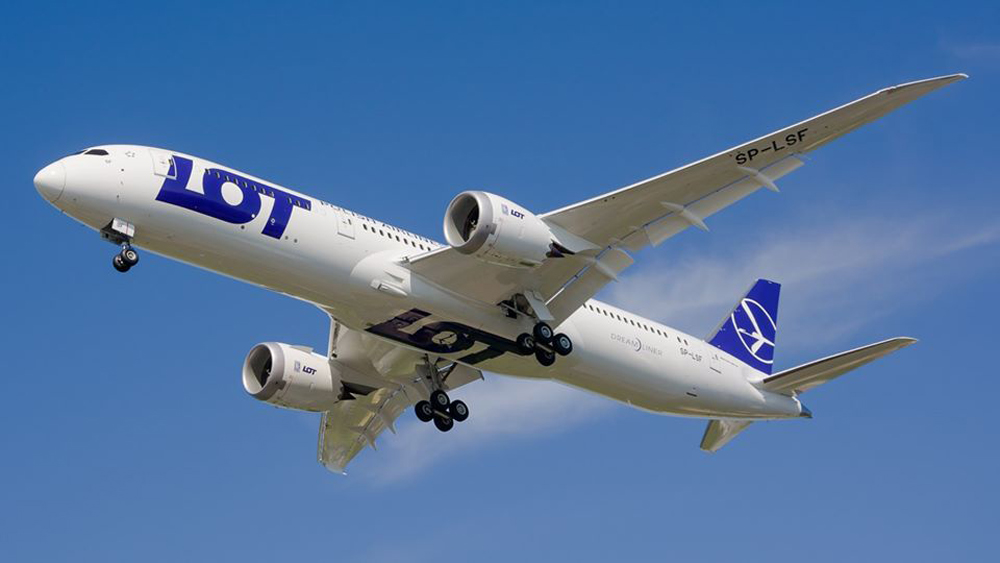 This 9th connection in LOT’s Asian offer will be operated 4 times a week. Flights to the new Chinese airport complement LOT’s existing offer of flights to Beijing Capital Airport (PEK). From now on, it will be possible to reach the capital of China from Poland every day. Schedules, below:

“After a very successful 2019 for LOT, which saw us carry over 10 million passengers and increase the number of connections to over 120, we are entering the new year determined and committed. This impressive infrastructure investment, i.e. the Beijing Daxing International Airport, opens new development opportunities for us in one of the biggest and most dynamic economies in the world. It is an excellent proposal for business and tourist passengers travelling between Central and Eastern Europe and China,” says Rafał Milczarski, LOT Polish Airlines CEO.

The timetable of flights to Beijing Daxing International Airport (PKX) has been set up to ensure convenient transfers in Warsaw, starting from less than an hour, for passengers from a number of cities in Western and Central Europe, including: Copenhagen, Hamburg, Berlin, London, Paris, Brussels, Frankfurt, Prague, Vienna, Budapest. LOT launched direct flights from Warsaw to Beijing in 2012. This connection can be developed due to awarding the carrier with the so-called slots, i.e. times of take-offs and landings at the new Beijing Daxing International Airport (PKX).

“The aviation market between Poland and China is developing very dynamically. In the last few years, there was also a significant increase in the number of passengers travelling between Poland and China – over 200,000 in 2019. This was possible thanks to, among others, LOT’s direct flights. In 2019, the average passenger load factor onboard our aircraft on this route amounted to as many as 90 percent in the summer season and 86 percent until January 2020 in the winter season. I am convinced that our new connection will enjoy equally great interest,” adds LOT’s CEO.

Tomorrow, our passengers traveling to China will arrive, for the first time, at Beijing-Daxing Airport. All of them will have a chance to discover China's capital city where yesterday meets tomorrow. Join them! ✈️ #flyLOTtoBeijing

Beijing Daxing International Airport (PKX) is one of the world’s state-of-the-art airports. It is impressive not only due to its outstanding momentum, but also because of its unique shape that resembles a big, hexagonal “space starfish”. The airport was designed by renowned British architect Zaha Hadid, who in 2012 was knighted by Queen Elizabeth II. Owing to its architecture, the terminal is, in the opinion of aviation experts, one of the most comfortable (large) airports for transit passengers. The investment was completed in a record breaking time of 5 years and cost over $11 billion. Beijing Daxing International Airport has four runways, and the terminal’s annual capacity is 72 million passengers and 20 million tons of cargo.

The flights to the both Beijing airports (PEK/PKX) will be operated onboard Boeing 787-8 and 787-9 Dreamliner, one of the most advanced widebody aircraft in the world. Thanks to the use of state-of-the-art technology, they allow to maintain a higher pressure and higher air humidity on board than other passenger aircrafts in this class. All those factors help enhance passengers’ comfort during such a long flight and reduce the so-called jet lag effect.

Passengers travelling onboard LOT can choose from three travel classes: LOT Business Class with lie-flat seats and premium restaurant cuisine; LOT Premium Economy Class with larger, individual space and footrests, comfortable thigh support, cocktail tables and extensive menu; as well as LOT Economy Class with modern seats and individual on-board entertainment screens and USB ports. On flights to the capital of China, passengers are welcomed by a professional crew with Chinese-speaking personnel, Asian meals in the onboard menu, and Chinese subtitles and films in the in-flight entertainment (IFE).

LOT Polish Airlines now offer as many as 20 long-haul flights. Today, the Polish carrier offers flights from Warsaw: to New York (JFK/EWR), Chicago, Los Angeles, Miami, San Francisco [SFO from 5.08.2020], Washington D.C. (IAD from 2.06.2020), Toronto, Tokyo, Seoul, Beijing (PEK/PKX), Singapore, Delhi and to Colombo. Moreover, from Cracow to Chicago and New York (JFK as from 3.05.2020), from Rzeszow to New York (EWR), and from Budapest to New York JFK and Seoul.