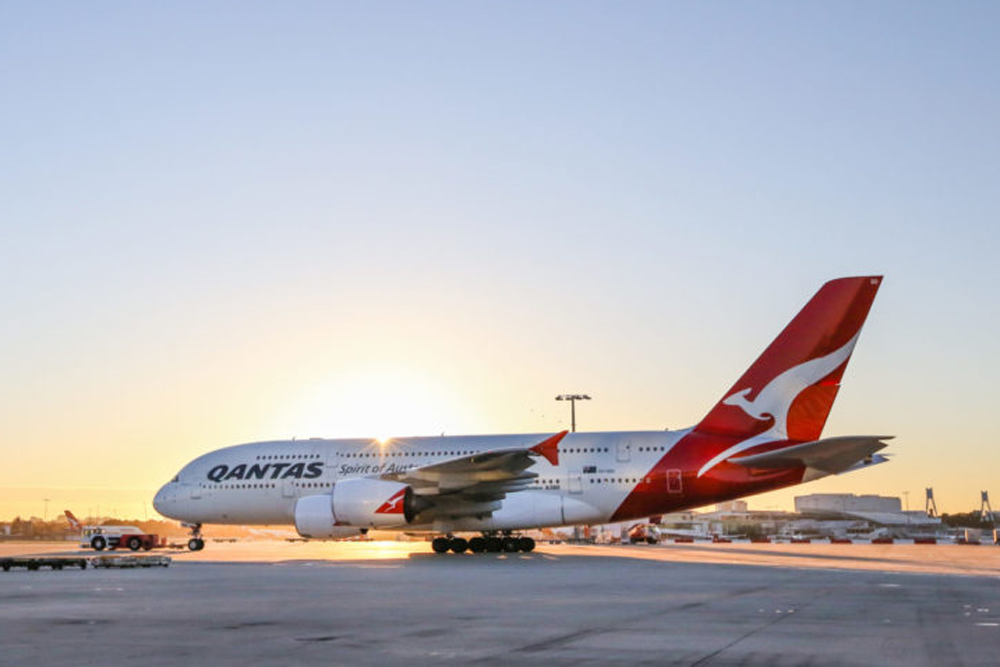 The Qantas Group has announced further cuts to its international flying, reducing capacity by almost a quarter for the next 6 months. The latest cuts follow the spread of the coronavirus into Europe and North America over the past fortnight, as well as its continued spread through Asia, which has resulted in a sudden and significant drop in forward travel demand.

These additional changes will bring the total international capacity reduction for Qantas and Jetstar from 5 per cent to 23 per cent versus the same time last year and extend these cuts until mid-September 2020. The biggest reductions remain focussed on Asia (now down 31 per cent compared with the same period last year). Capacity reductions to the United States (down 19 per cent), the UK (down 17 per cent) and Trans-Tasman (down 10 per cent) will also be made in line with forward booking trends.

Rather than exit routes altogether, Qantas will use smaller aircraft and reduce the frequency of flights to maintain overall connectivity. This approach results in 8 of the airline’s 12 Airbus A380s being grounded until mid-September. A further two A380s are undergoing scheduled heavy maintenance and cabin upgrades, leaving two of its A380s flying.

In response to strong customer demand for the direct Perth-London service, the existing Sydney-Singapore-London return service (QF1 and QF2) will be temporarily re-routed to become a Sydney-Perth-London service from 20 April. The start of Qantas’ new Brisbane-Chicago route will be delayed from 15 April to mid-September.

Jetstar will make significant cuts to its international network, including suspending flights to Bangkok and reducing flights from Australia to Vietnam and Japan by almost half. Jetstar’s daily Gold Coast to Seoul flight was suspended last week. Domestically, Qantas and Jetstar capacity reductions will be increased from 3 per cent to 5 per cent through to mid-September 2020, in line with broader economic conditions.

In total, this is the equivalent of grounding 38 Qantas and Jetstar aircraft across the international and domestic network. The Group’s total capacity reduction changes from 4 per cent (announced on 20 February) to 17 per cent for the last quarter of FY20. Given the reduced flying across the Qantas Group fleet, maintenance work will be brought forward where possible to make best use of this time. 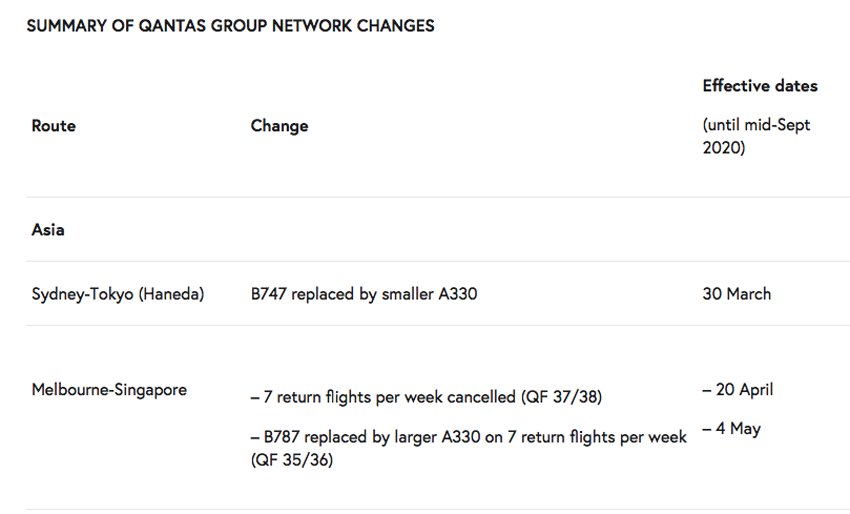 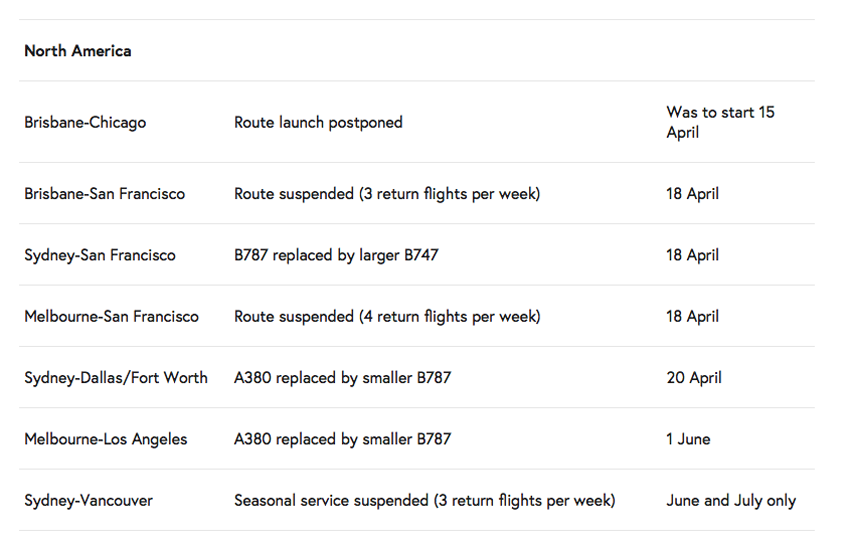 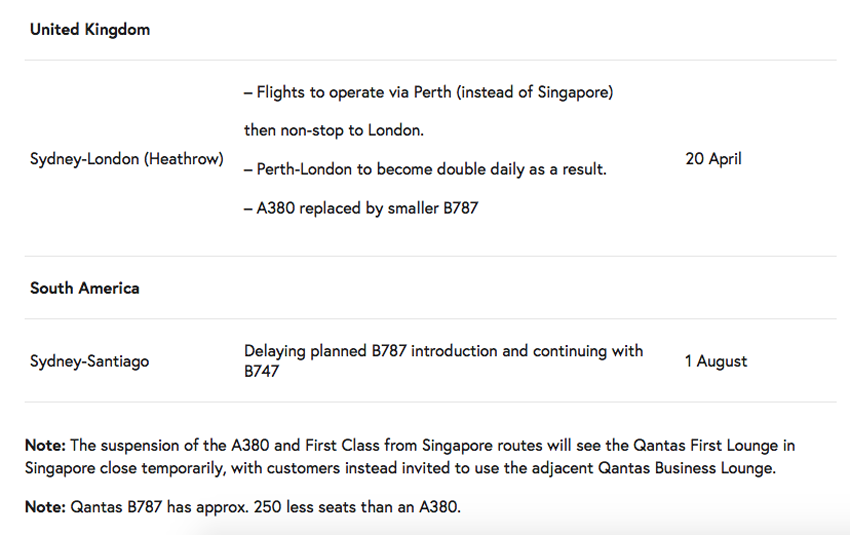