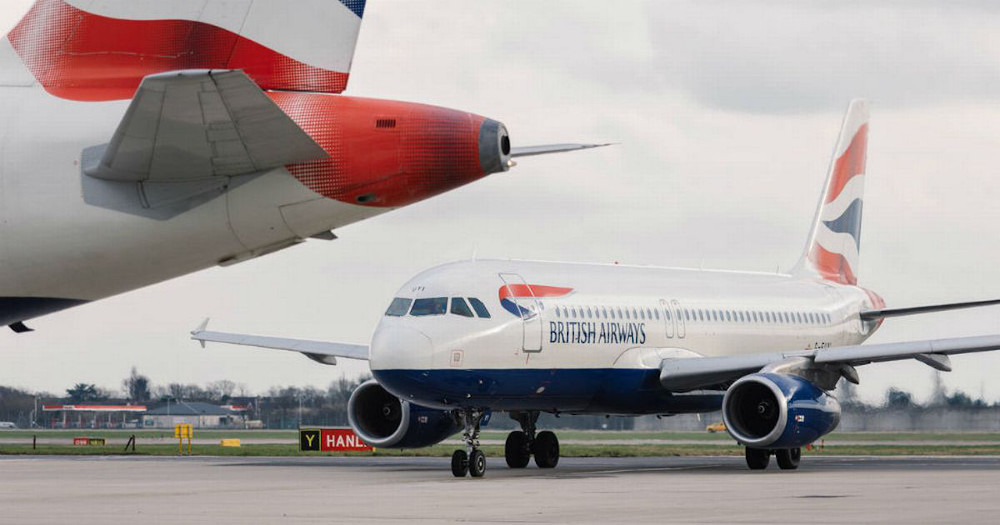 Today, British Airways has announced 4 new short-haul routes to Wroclaw (WRO) and Gdansk (GDN) in Poland, Riga (RIX) in Latvia and Cluj-Napoca (CLJ) in Romania. The routes will operate from the beginning of July, running throughout summer.

All flights will be served from Heathrow with BA’s short-haul Airbus fleet, with Wroclaw operating twice a week, and Gdansk, Riga and Cluj-Napoca operating three times a week. Return fares start from £83 to Wroclaw, £85 to Gdansk, £94 to Riga, and £95 to Cluj, and customers can book from today via ba.com. Customers benefit from British Airways’ flexible booking policy, offering customers no change fees or a voucher exchange for bookings made for travel before the end of April 2022, giving customers a large variety of options should their plans change. The flights complement an already strong British Airways network to most of these countries with regular flights scheduled to Krakow and Warsaw in Poland, and Bucharest in Romania. 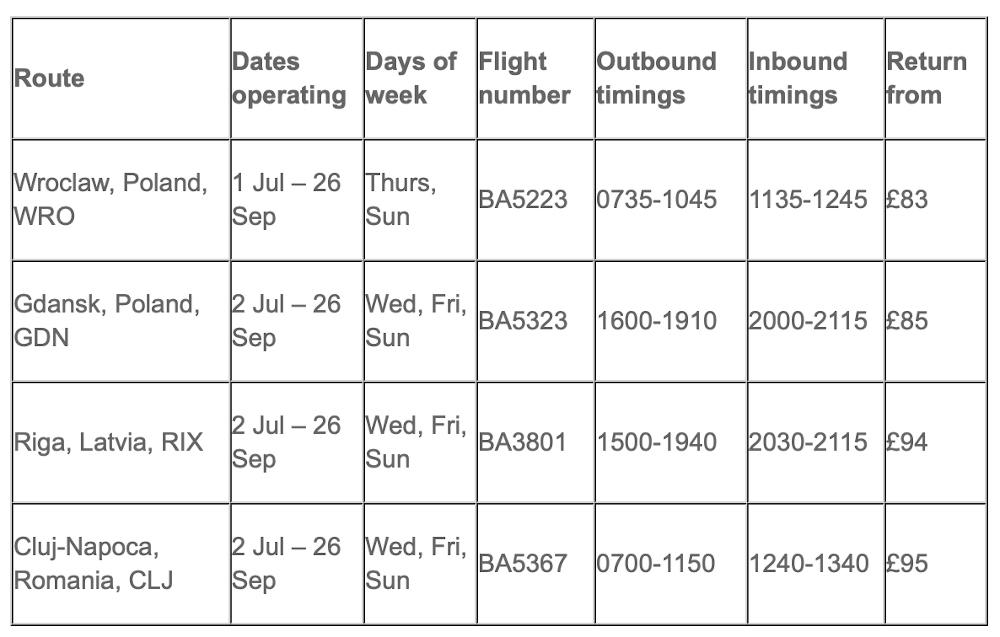 Neil Chernoff, British Airways’ Director of Network and Alliances, said: “It’s great to be launching new routes as we listen to our customers and assess where they want to travel. We know these four new destinations will be popular with people visiting friends and relatives, but they also offer great city breaks, when the time is right, with flights that head out just before the weekend and return on Sunday.” Alongside today’s new routes, British Airways will also launch a new summer service to Perugia on 28 June. This was due to start in 2020, but was delayed due to the impact of the pandemic.

Wroclaw is known for its beautiful architecture and array of stunning bridges and islands that cross the Odra River. Gdansk, on the Baltic Sea, offers fine museums, a dominating church building and a beautiful old city. Riga, the largest of all three Baltic capital cities, houses a UNESCO World Heritage site, and is known for its Art Nouveau style buildings. Cluj-Napoca, or simply Cluj, is Romania’s second largest city and often described as a cultural hub. British Airways last operated flights to Riga in 2007, and flew briefly to Gdansk between 1999 and the early-2000s. The airline has never served the other two airports.