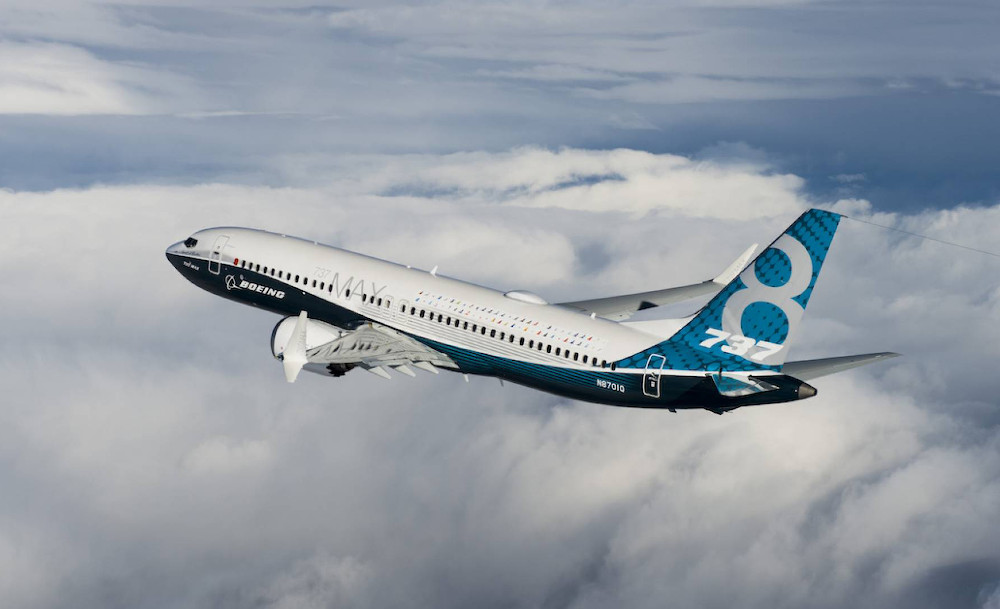 The European Union Aviation Safety Agency (EASA) gave its seal of approval for the return to service of a modified version of Boeing’s 737 MAX, mandating a package of software upgrades, electrical working rework, maintenance checks, operations manual updates and crew training which will allow the plane to fly safely in European skies after almost two years on the ground. Also today, Boeing has confirmed that the first 777X delivery will be delayed to late 2023.

“We have reached a significant milestone on a long road,” said EASA Executive Director Patrick Ky. “Following extensive analysis by EASA, we have determined that the 737 MAX can safely return to service. This assessment was carried out in full independence of Boeing or the Federal Aviation Administration and without any economic or political pressure – we asked difficult questions until we got answers and pushed for solutions which satisfied our exacting safety requirements.  We carried out our own flight tests and simulator sessions and did not rely on others to do this for us.

“Let me be quite clear that this journey does not end here,” he added. “We have every confidence that the aircraft is safe, which is the precondition for giving our approval. But we will continue to monitor 737 MAX operations closely as the aircraft resumes service. In parallel, and at our insistence, Boeing has also committed to work to enhance the aircraft still further in the medium term, in order to reach an even higher level of safety.”

Read also: UK has also cleared the MAX to return to commercial service.

The Boeing 737 MAX was grounded worldwide in March 2019 following the second of two accidents within just six months, which together claimed 346 lives. The root cause of these tragic accidents was traced to software known as the MCAS (Maneuvering Characteristics Augmentation System), intended to make the plane easier to handle. However, the MCAS, guided by only one Angle of Attack (AoA) sensor, kicked in repeatedly if that sensor malfunctioned, pushing the nose of the aircraft downward multiple times. In both accidents, pilots finally lost control of their plane, resulting in a crash with total loss of aircraft. 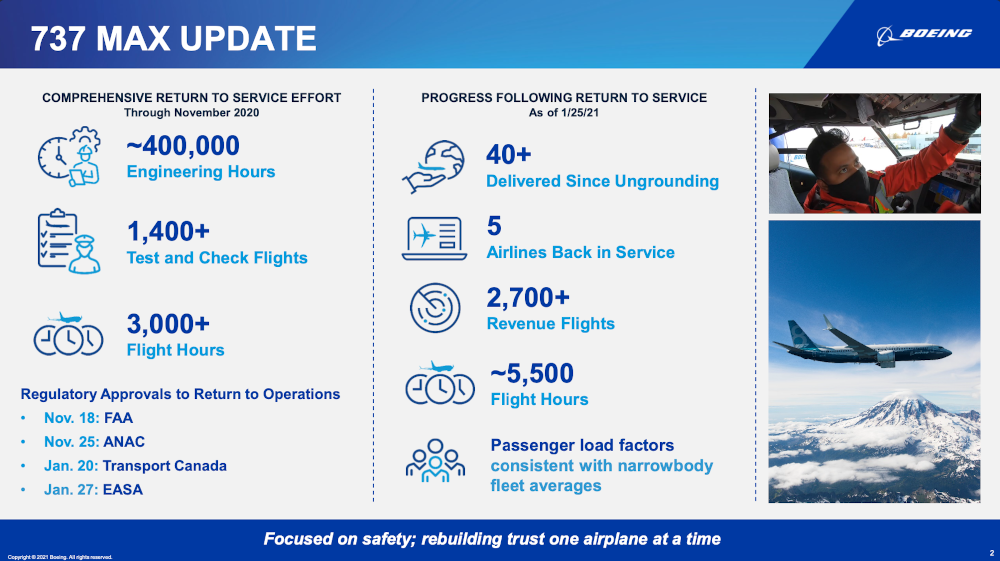 In the days after the grounding, EASA set 4 conditions for the return to service of the aircraft:

“These four conditions have now all been met, allowing us to go ahead with the return to service,” Ky said. 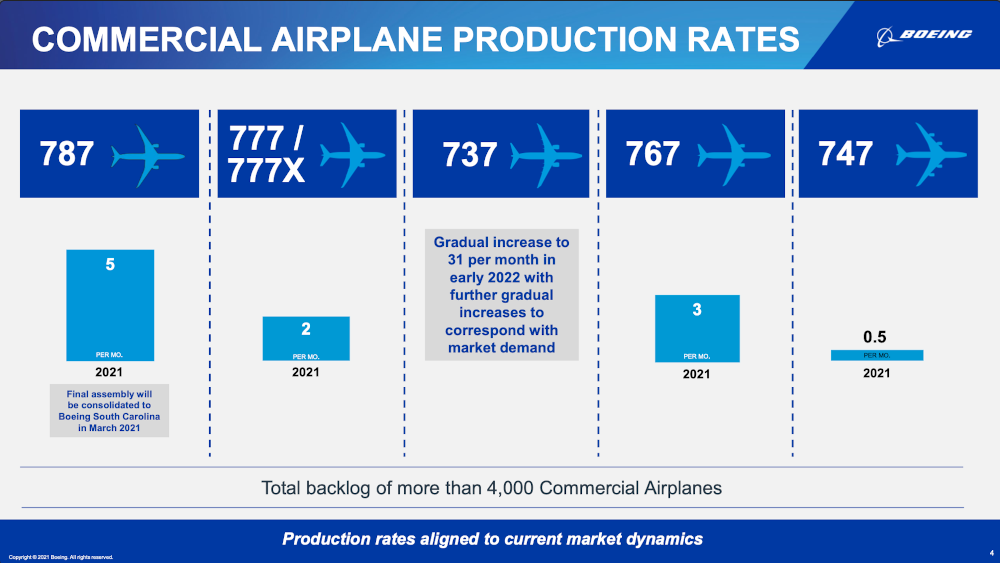 While the investigations assessed that the behaviour of the MCAS and related alerting systems were the clear main cause of the two crashes, EASA rapidly realised that a far wider review of the 737 MAX was needed. EASA therefore extended its analysis to the entire flight control system. With a particular focus on the human factors – the actual experience for a pilot of flying the plane. This extended review, conducted in close cooperation with FAA as primary certification authority, and with Boeing as manufacturer, continued to evolve over the course of the 20-month exercise. Its findings led to the definition of the broad package of actions specified in the Airworthiness Directive.

EASA has also agreed with Boeing that the manufacturer will work to even further increase the resilience of the aircraft systems to AoA sensor failures so as to further enhance the safety of the aircraft. Boeing will also conduct a complementary Human Factor assessment of its crew alerting system within the next 12 months, with the aim of identifying the need for longer term improvements.

Resumption of flights in Europe

The Airworthiness Directive, which details the aircraft and operational suitability changes, including crew training requirements, must be carried out before each individual plane returns to service, gives the green light from the EASA side for a return to service of the aircraft. However, scheduling of these mandated actions is a matter for the aircraft operators, under the oversight of Member States’ national aviation authorities, meaning that the actual return to service may take some time. COVID-19 may also have an influence on the pace of return to commercial operations. 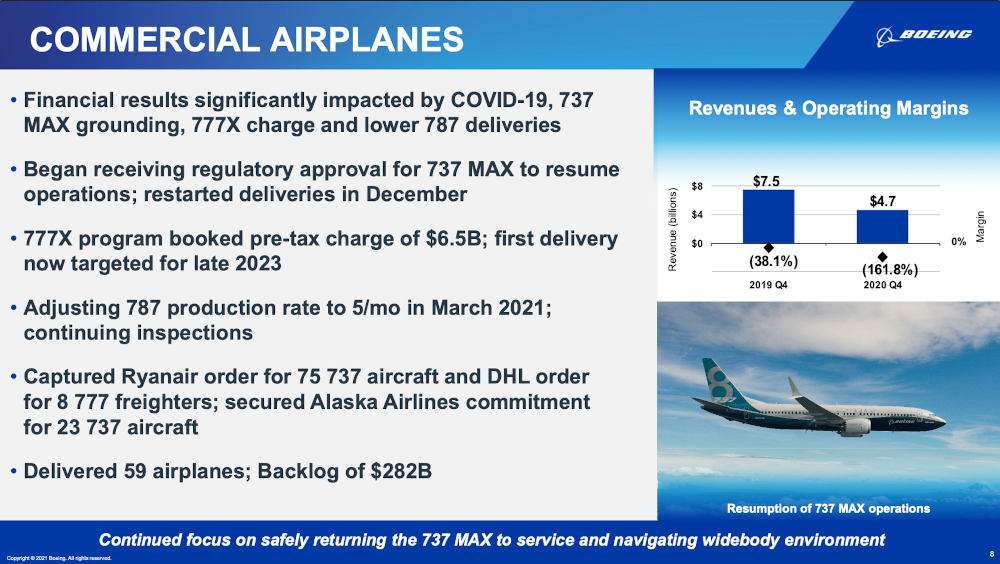 EASA, and regulators in Canada and Brazil, worked closely with the FAA and Boeing throughout the last 20 months to return the plane safely to operations. These three authorities have already approved the aircraft for the return to service. The EASA AD requires the same physical changes to the aircraft as the FAA, meaning that there will be no software or technical differences between the aircraft operated by the United States operators and by the EASA member states operators (the 27 European Union members plus Iceland, Liechtenstein, Norway and Switzerland). Following the exit of the United Kingdom from the European Union, the UK Civil Aviation Authority is now responsible for clearing the aircraft to operate to/from and within the U.K as well as for U.K. operators.

However, EASA’s requirements differ from the FAA in two main respects. EASA explicitly allows flight crews to intervene to stop a stick shaker from continuing to vibrate once it has been erroneously activated by the system, to prevent this distracting the crew. EASA also, for the time being, mandates that certain types of high-precision landings cannot be performed. The latter is expected to be a short-term restriction. The mandated training for pilots is broadly the same for both authorities. Some EASA member states issued their own decision prohibiting the operation of the 737 MAX last year for their sovereign airspace. These bans will need to be lifted before the aircraft can fly again in the airspace of these countries.  EASA is working closely with the relevant national authorities to achieve this.