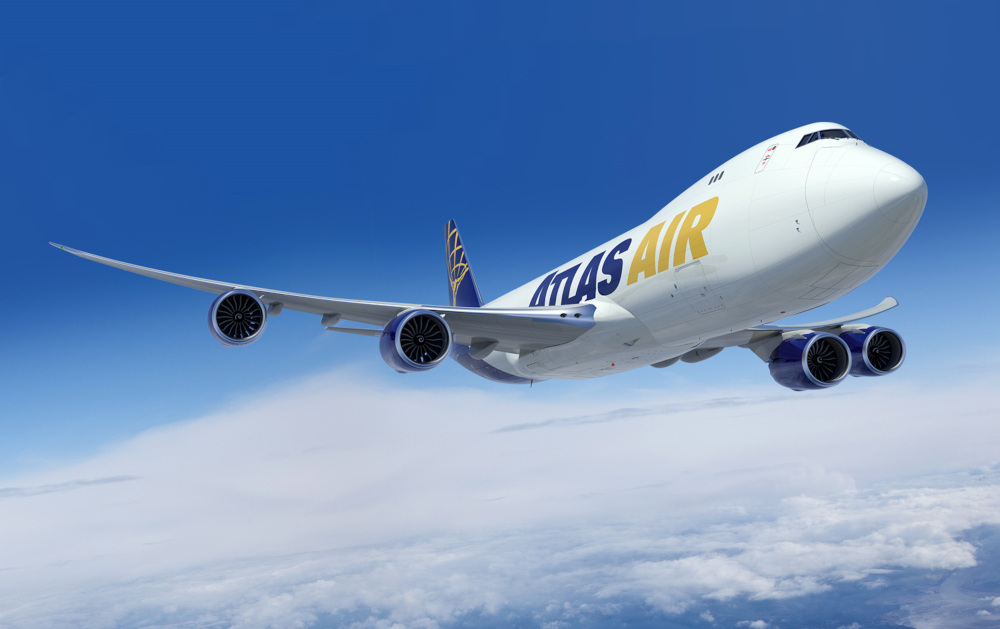 Today, Boeing and Atlas Air announced an agreement to purchase four 747-8 Freighters. The 747-8 airplanes in this agreement will be the final 4 aircraft to roll off the production line in Everett, Washington.

With a maximum payload capacity of 137.7 metric tonnes (137,750 kg), the 747-8 Freighter allows customers to access 20% more payload capacity while using 16% less fuel compared to previous-generation 747s. The jet also features 30% quieter engines. Atlas Air has 53 747s in its current fleet, making it the largest 747 operator in the world. Its fleet also includes 737s, 767s and 777s. The 747 and 777 models, in particular, are capable of carrying tall and outsized cargo loads on 3-meter-high (10-foot-tall) pallets. This common main-deck pallet height supports interchangeable pallets, adding to the versatility of both models.

“The 747 will forever hold a special place in aviation history and we are honoured by Atlas Air’s longstanding commitment to the airplane. Atlas Air began operations 28 years ago with a single 747 and it is fitting that they should receive the last 747 production airplanes, ensuring that the ‘Queen of the Skies’ plays a significant role in the global air cargo market for decades to come”, said Stan Deal, president and chief executive officer of Boeing Commercial Airplanes. “With the global air cargo fleet expected to grow by more than 60% over the next 20 years, we look forward to delivering these airplanes and supporting Atlas Air’s Boeing fleet well into the future.”

Boeing, the market leader in air cargo aircraft, provides more than 90% of the dedicated freighter capacity around the world, including new production and converted freighters. The 747 program has produced 1,560 aircraft since launching the jumbo jet more than 50 years ago. In July 2020, Boeing announced its decision to complete production of the 747-8 in 2022.